What bike and tyres should I use for the Tour of Flanders sportive?

The view on what is a suitable bike and tyres for the Tour of Flanders has changed quite a bit in recent years, especially in terms of what tyres to use. Whereas it would have been considered slightly weird to go as wide as a 25mm tyre five years ago, now that's pretty much the minimum. In the 2018 pro race at the Tour of Flanders 15 of the 25 teams raced using 28mm tubulars and the rest were on 25mm. In the sportive we spotted plenty of riders on 32mm tyres and a few American visitors sporting 42mm tyres (albeit on their gravel bikes).

Clearly your bike choice should be somewhat influenced by the clearance you have available on your tyres. I rode the 2019 Tour of Flanders fan ride on a Condor Barrachi, a carbon bike that is designed for long rides (so a slightly less aggressive set up) but that is relatively light. I had considered riding one of my steel bikes but once I was on the cobbles I was glad I had opted for the lighter bike. I had a 12-29 cassette on the back with a 50/34 compact on the front, which would have been just fine had I not had a mechanical issue and wasn't able to use the bottom gear. Riding the Kwaremont and Paterberg on a 26 was quite hard work. I can definitely see why quite a lot of riders opt for a 32 on the back...now that Tony Martin uses one in the Grand Tours there is no shame in having a 'granny gear' that gets you up almost anything.

Pro riders tend to ride special bikes for the Tour of Flanders and Paris Roubaix, mainly for the extra clearance for the tyres but also with greater shock absorption and more comfort for riding over cobbles. Riders often double wrap their bar tape to make it more comfortable and they will often ride a slightly wider saddle as the saddles used in the non-cobble pro races tend to be a bit thin for these long, bumpy Monuments.

The tyre pressure that you are using is obviously slightly dependent on your weight and the tyres that you are using. I weigh 68kg and was riding 25mm Continental Grand Prix 4 Seasons clinchers. I rode with 85psi pressure, which is lower than the pros but therefore more comfortable on the cobbles. Sagan for example rides a 105/109 psi set up, with 28mm tubulars. Wout van Aert rode 28 mm Vittoria Corsa tubulars with a 97psi front and back. Deceuninck-Quick Step rode the 2019 Tour of Flanders using 26mm Specialized Hell of the North tubulars.

For most sportive riders I would have thought a tyre pressure from 80 to 95psi is what you should aim for, depending on your weight. Unless you are super light, anything over 95psi is likely to be too high and signficantly increase your chances of puncturing on the cobbles.

In terms of bike choice, I would say that most riders will be fine on whatever bike you would normally ride a sportive but you want to make sure that you don't have silly wheel choices - no deep section wheels or anything that has a small number of spokes that may well collapse under the pressure from bouncing over the cobbles. Unless you are a very fast rider then you don't want anything with a too aggressive ride set up - you are going to spend a lot of time with your hands on the hoods rather than in the drops.

For tyres, I would opt for the same as the pros or one of the tyres that is designed for the one day classics. The Continental Grand Prix 4 Seasons were great for me and lots of other people have recommended the Vittoria Pave CG Open Clincher, which have been designed for exactly this sort of ride. Just make sure you don't ride with your best summer racing tyres as you will definitely regret it. 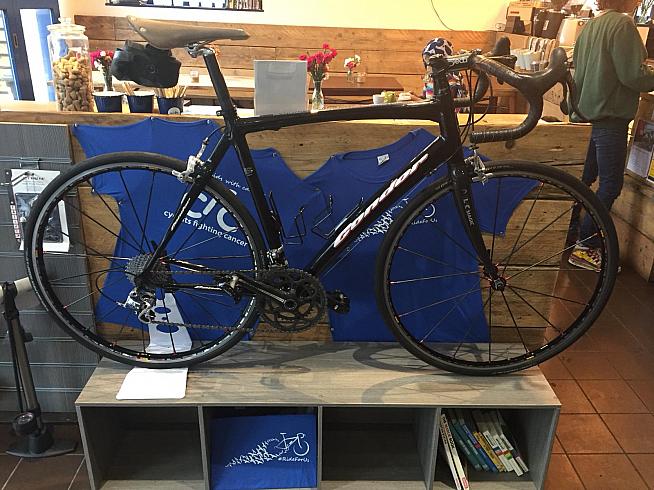