Rapha A Day In Hell X

A Day in Hell - formerly known as the "Hell of the North (London)" - is clothing brand Rapha's homage to Paris-Roubaix, the real Hell of the North, and takes place on the same day as the legendary race. The idea is that you spend the day riding round the lanes, bridlepath, footways and gravel paths of Hertfordshire and then catch the last two hours (or less, depending on your speed) of the real Paris-Roubaix on the television in a Barnet pub.

A Day in Hell is roughly a 100km ride, with a different route each year. The 2018 edition was notable for being particularly bog like and damp, in contrast to the three preceding years which had beautiful weather and dry conditions.

Setting on from Pond Square in London's Highgate (almost outside Kate Moss' front door, trivia fans!) it takes in plenty of cobbles and gravé around Barnet, Hertfordshire and north London.

The event ends at a pub in north Barnet where a free Belgian beer and portion of frites is on offer for all registered riders, as well as the screening of Paris Roubaix.

Riders are recommended to bring decent 25mm or wider tires (we rode on 28mm tires with no issues last year) and plenty of spare inner tubes. There will be a feed stop at approximately 60km and knowing Rapha it will involved large quantities of high quality caffeine and some excellent flapjacks.

There are usually around 300 spaces for the ride, with 200 allocated to the Rapha Cycling Club (RCC) and 100 available to the public. All UK-registered RCC members will be sent an email in early March with the ticket link. RCC members can purchase spaces on a first come first served basis.

The remaining 100 public tickets are drawn by a random lottery. Follow Rapha on Twitter to get more details.

Once a free event, alas growing popularity has seen Rapha slap on a cover charge - expect to pay around £20, if you're lucky enough to nab a place in the ballot. The entry fee does however include a special edition Rapha cap (handed out at the beginning of the ride), free sustenance at the feed stop, as well as Belgian beer and frites at the finish/pub. 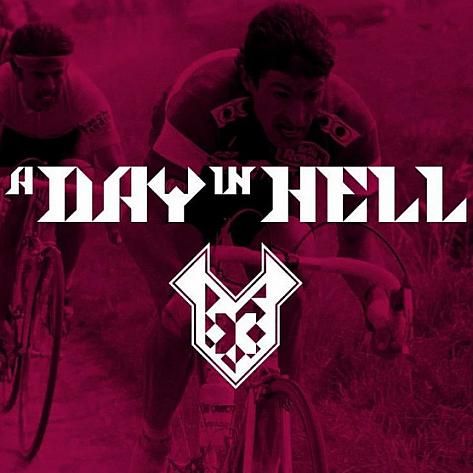