The Etape Caledonia was an early arrival on the Scottish sportive scene and this charity event has grown to become a bit of a monster, even by UK standards.

The annual achievement of the organisers in getting 4000 plus enthusiastic cyclists safely round some very remote mountain roads has to be commended. The kind of problems associated with getting sufficient water, food, toilets, mechanics, marshals, ambulances and goodness knows what else distributed along an 81-mile course can only be imagined, especially where the road itself is often single track width and offers the only access route for many miles.

So credit to the Etape team for making the event happen at all. The fact that it is still the "big one" for Scottish cyclists to do, in a market with longer and harder competitors, is doubly impressive. 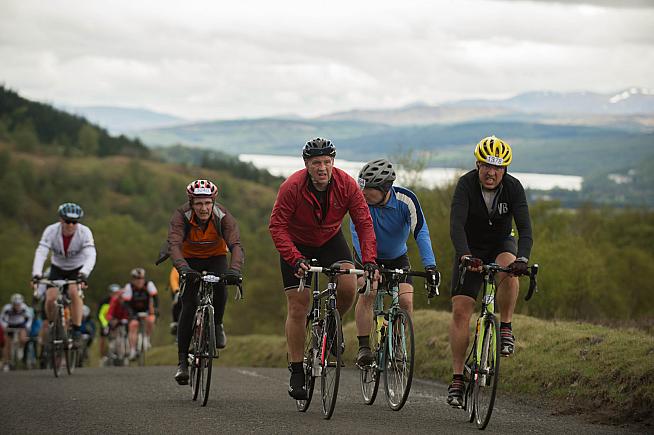 Pitlochry on the eve of the Etape has a very particular atmosphere. Event logistics demand that cyclists register the day before so it feels as if half the carbon bikes in the entire country have converged on what is quite a small tourist town. Every cafe, restaurant and pub fills with skinny people in bike themed t-shirts making their substantial contribution to the Highland economy and getting their full quota of carb loading on board.

This was my fourth outing to the Etape and weather conditions over the years have been, well, variable. Last time the wind was apparently measured nearby gusting at 100mph at hilltop level. In this part of the world the weather tends to arrive in large quantities and many varieties.

So as I dragged my huge bag of cycle clothing toward the tent at a campsite near Pitlochry on Saturday night I felt I had every possibility covered. Next morning though, the weather actually seemed to have settled despite the forecast and most of the waterproof gear was never unpacked. Conditions could not really have been better and we were treated to a day of light winds and no rain.

The very large numbers converging on Pitlochry for the start makes congestion a real problem. Most opt for the large event car park and the inevitable queues from the A9, but this time my pal and I tried to circumvent the crowds by camping at the excellent Blair Atholl Caravan Park and cycling down through the Pass of Killiecrankie in the morning. This proved quite straightforward and we took our places on the start line at 6:30 a.m. without any fuss.

The Etape Caledonia route is 81 miles with 1949m of ascent so is not extreme in terms of climbing compared to some other routes. That said, if you are not climbing a mountain along the route, then you will most definitely be among them at every stage. The scenery is the undisputed star of this sportive in an ever-changing backdrop of lochs, forests and soaring mountains. Sometimes you are contouring high on a hillside with an enormous loch laid out below you, the next moment the water is right beside you as the road winds along the shore. 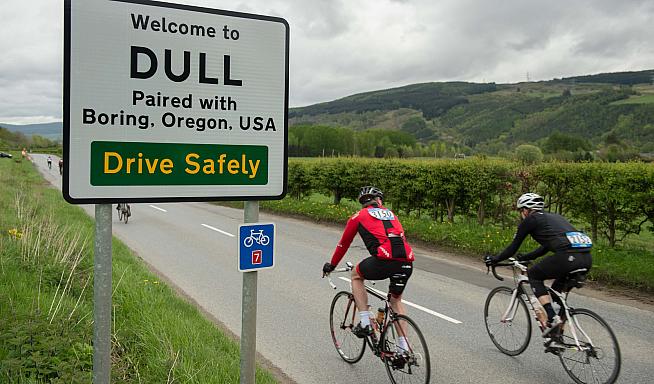 Not that the climbs are insubstantial. The first ten miles or so rise and fall in some steep and nasty little hills that break up the initial bunches of riders. Shortly after the halfway point is the star of the day, the climb of Schiehallion, marked by a separately timed King of the Mountains section. Winding up over the shoulder of the mountain from pine forests to heather covered slopes, the road is narrow, twisting and steep enough to get everyone frantically clattering down through the gears. Once on top, there is a high mountain valley winding eastwards before the road drops again in a wonderful swooping descent for mile after mile toward the village of Fortingall.

Between the climbs are long stretches of flatter road where some very big groups form and the average speed goes up and up. It is not unusual in such a large field to find yourself in a bunch of fifty or more riders, filling the entire road and disappearing out of sight round the bends ahead. Riding like this is slightly unnerving, especially among strangers, but the atmosphere is generally very good natured and accidents appear rare. If the current group is too fast there is always another one along shortly.

My own experience this time was frustrating. Chasing a sub 4 hour finish time, I was happily pushing along, sometimes alone and sometimes in the big groups, until the Schiehallion climb started at 75km. Standing up to climb the first steep section there was an unmistakable twang as a rear spoke broke and my wheel buckled into the shape of a large Pringle.

There are excellent French mechanics from Mavic patrolling the course but this wasn't going to be something they could deal with for me. The rest of the road back to Pitlochry was therefore taken at a frustratingly slow speed, nursing the wheel that squeaked against the brakes and frame with every revolution. Such is life. 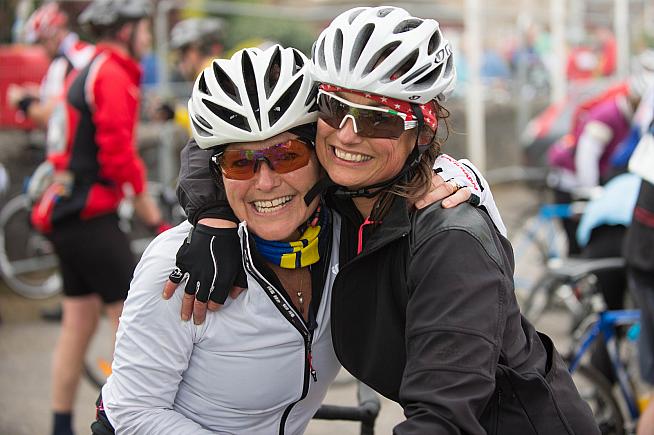 On the final run in to the finish line I concealed my gritted teeth and smiled at the hugely enthusiastic crowd lining the road. Once I was over the line and my timing chip off, I plunged into a melee of several hundred cyclists all doing simultaneous post-match analysis. The sun shone, bagpipers played and the memories of cramps, pains and mechanical failures faded away.

Pitlochry itself can take as much pride as the Etape organisers in the show they put on each year. This is an event with great organisation, an absolutely unbeatable course and a fabulous atmosphere. It may be a bit of a monster in scale, but it delivers a first class personal experience.

Registration of interest for the 2015 Etape Caledonia is open now at www.etapecaledonia.co.uk. This ensures you will receive an email link to sign up for the event 24 hours before it opens to the general public. 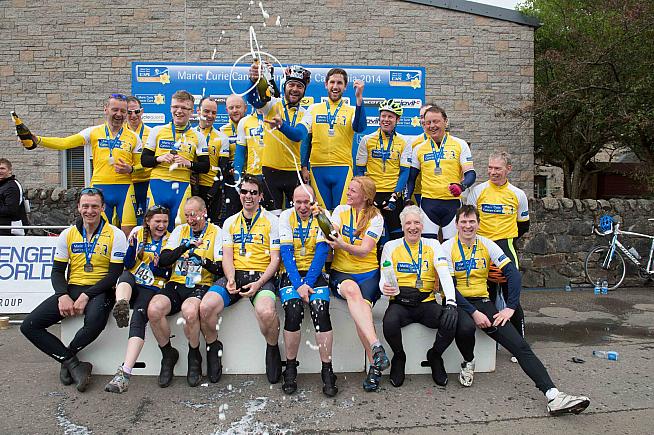