Muc-Off partners with British Cycling and Team GB until 2023

Muc-Off have announced a partnership with British Cycling and the Great Britain Cycling Team until 2023.

The Dorset grease merchants are a global leader in bicycle care and maintenance, and have worked with British Cycling and the Great Britain Cycling Team in various capacities, including chain optimisation for the previous two Olympic and Paralympic Games for Team GB.

2021 sees the brand step up the partnership by becoming Official Tribology, Lube and Chain Optimisation Supplier to British Cycling and the Great Britain Cycling Team.

Tribology? We had to look it up, apparently it is "the science and engineering of interacting surfaces in relative motion."

It includes the study and application of the principles of friction, lubrication, and wear - all of which is critical to optimising the moving parts on a bike. So now you know. 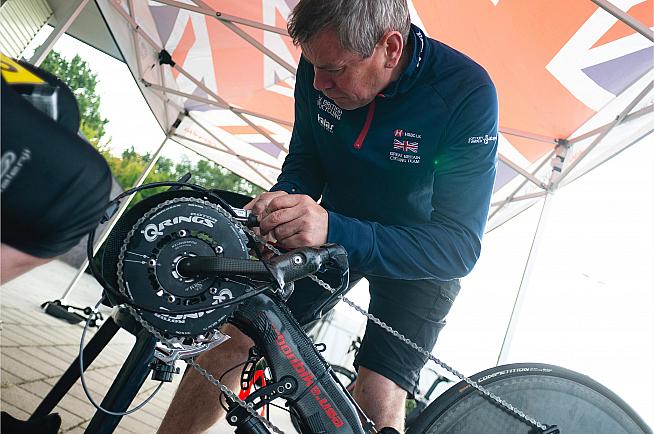 A tribologist at work.

"As a British-based business, it's hugely exciting to partner with our national governing body for cycle sport," says Alex Trimnell, Muc-Off CEO.

"This inclusivity lies at the heart of our company DNA and so to deepen our partnership with an organisation that actively encourages and facilitates people from all backgrounds, levels and disciplines to ride or race their bikes was an opportunity that we jumped at."

A major focus of Muc-Off is drivetrain optimisation, and their research and development team will work closely with the Great Britain Cycling Team in the run up to the Olympics, Paralympics and UCI World Championships to help maintain and increase the team's world-class performance.

"Muc-Off is a brilliant brand we've had a longstanding relationship with, so we already knew that their commitment to innovation and quality would be a natural fit for both our 147,000-strong membership base, as well as the Great Britain Cycling Team," says Jamie Obank, British Cycling's Chief Operating Officer.

"We're acutely aware of the ongoing impact these uncertain times have had and is having on individuals, communities and businesses within cycling and beyond, so we are pleased to have some positive news to share as we strive to return with strength as soon as possible."