Already one of the most famous regions in world cycling, Flanders has launched a fresh bid as the ultimate cycling destination with the Flandrien Challenge.

Launched today, the Flandrien Challenge sets out 59 Strava segments and invites riders to complete them all in 72 hours. All the classic cobbled climbs from the Tour of Flanders and Ghent-Wevelgem, from the Oude Kwaremont to the Paterberg and Muur van Geraardsbergen.

Each segment is marked on the road (or cobbles) at start and finish, with GPS files available to help riders navigate a course. And with no fixed timing, the challenge can be completed at any time once travel to Flanders is safely available. 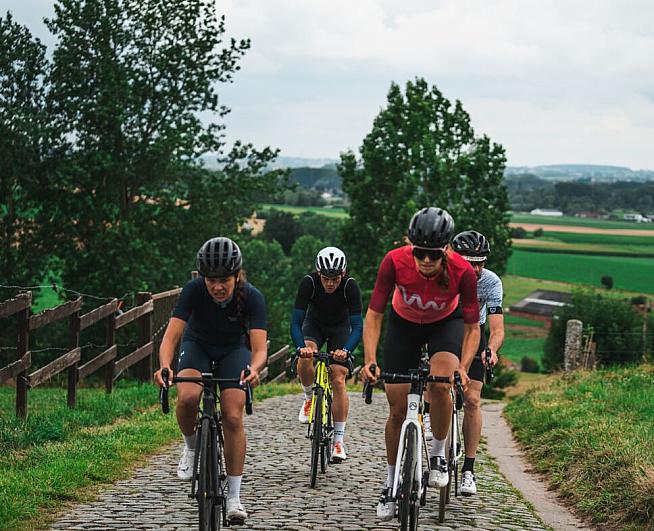 Tackle the Paterberg in the new Flandrien Challenge.

For most cycling afficionados, Flanders is viewed as one of Europe's heartlands of cycling.

"With a terrain of winding, narrow and sometimes brutal roads, its ancient cobbles stand testament to pain, suffering and endurance of many of the most hardened cyclists," say Visit Flanders, the region's tourist department behind the F;andrien Challenge.

"Races such as the Tour of Flanders or Ghent-Wevelgem offer a labyrinth of intricate routes which weave between traditional villages and farmland. The line between the epic and the ordinary, the mortal and the hero, between dream and reality, is nowhere as thin as here.

"This is the territory of the real 'Flandriens': strong, relentless, old-school cyclists, who never give up and keep on riding, even in the most inclement of weather conditions." In Flanders, the honorary status of 'Flandrien' is granted to cycling legends who have demonstrated true grit and endurance, such as Eddy Merckx, Johan Museeuw and Tom Boonen. 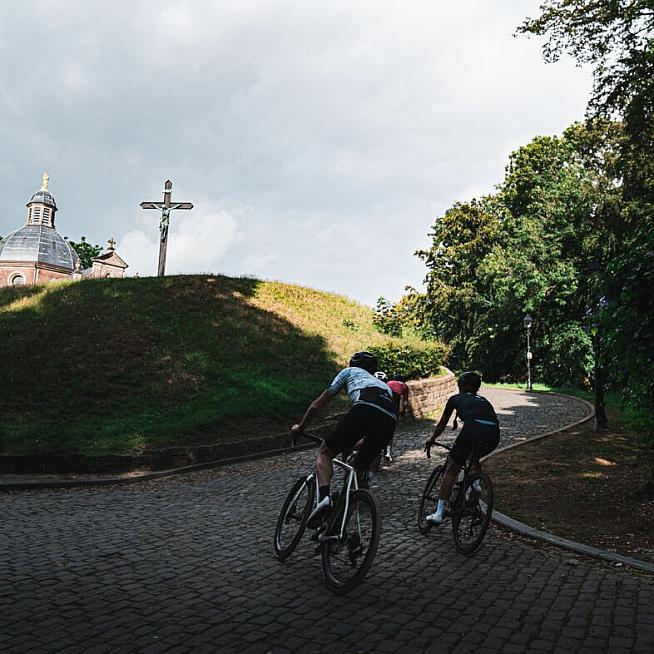 The Muur van Geraardsbergen - another famous Flanders climb to feature in the challenge.

The challenge merges the digital and physical: it will be possible for cyclists to view all 59 Strava segments not only via GPS, but also on the road surface, where the start and end of each segment is demarcated using lines and letters painted in white.

But this is no virtual challenge: you can't complete it on your indoor trainer. To take part in the Flandrien Challenge, participants are required to physically ride all segments of this testing course, within Flanders in under 72 hours.

It's free to take part, and you can ride the segments in any sequence - but to make it easier, there are three suggested routes.

Every cyclist who succeeds in completing the route will become part of the Flanders legend by having their name engraved in stone - on a cobble, of course - to be exhibited on the Wall of Fame at the Centrum Ronde Van Vlaanderen (Tour of Flanders Centre) in Oudenaarde.

Famous for its position as the end point at the Tour of Flanders, the town of Oudenaarde also offers cyclists the ideal access point to a network of twists and loops leading to the cobbled climbs of this most famous of races.

With no expiry date, there's plenty of time to get training ahead of the challenge.

And, with places on next year's Tour of Flanders sportive (3 April 2021) likely to be in short supply, the Flandrien Challenge looks an ideal way to beat the crowds and experience Flanders for yourself.

Find out more and check out the routes at www.flandrienchallenge.cc.