Remember back at the start of the first lockdown, when Joe Wicks briefly took on the mantle of nation's PE teacher?

Well, nudge over Joe - we might just have a new contender in the form of Darren Hardy.

This weekend sees the former British Army physical training instructor tackle one of the most hardcore physical challenges we've heard of yet: 10 (TEN!) back-to-back Ironman efforts, on consecutive days in 10 different locations around the UK.

It's called the Deca Day, and if successful the 34-year-old veteran will join a minuscule band of athletes to have completed the challenge.

For the 10x10x10, Darren will be swimming 2.4 miles, cycling 112 miles and running 26.2 miles each day to raise funds for the charity Help for Heroes. Supporting him in his challenge will be Lancashire's Ribble Cycles. From the CEO down the Ribble team live and breathe bikes - and are always partial to an epic feat of endurance, as our own Eoghan "Everesting" McHugh will attest.

Darren has also set his sights on three World Firsts and a World record:

"In just a few days time, I will take on a challenge that hasn't been done in the UK before," explains Darren.

"If successful, I will join an elite set of only 100 individuals in the world that has completed the Deca Day! Ten Ironman distance triathlons in 10 days, in 10 locations throughout the UK - completing the last ones in the unique locations of the Shard and the London Eye."

"I have chosen this event because I have completed numerous ultra endurance events this year, and it is a way of self medicating for my PTSD and giving back. Without the support of Help for Heroes' Hidden Wounds team I don't believe I would be here now and while my challenges are an important part of my own recovery, they are also my way of giving back and making sure that other veterans going through the same thing as me will get the support that they need, now and in the future."

Darren will ride the Ribble Ultra Tri for the bike legs of the challenge.

Darren will be riding the Ribble Ultra Tri bike for the cycling legs of his challenge. Raced by Ribble Pro Team riders, the Ultra Tri is a proven race winning and record breaking rig and Darren will be hoping to write another entry in its palmares this weekend.

"Being alone at speeds of up to 70kph on the Ribble Ultra Tri bike kicks in the adrenaline shots and makes it all the more interesting," he comments.

"This particular bike, gives me all those emotions that I miss from the military and my bobsleigh days. FAST. SMOOTH. ADRENALINE." 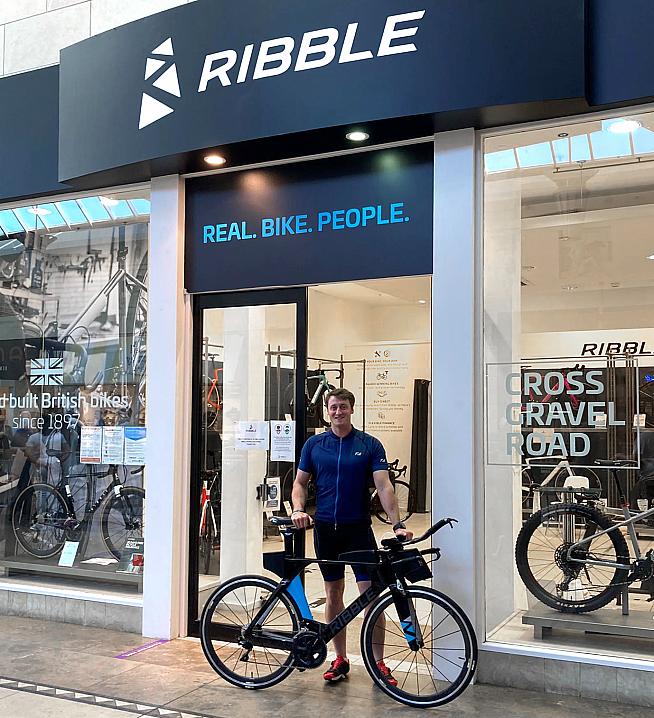 Ribble Cycles are supporting Darren's challenge which is to raise funds for Help for Heroes.

Andy Smallwood, CEO, Ribble adds: "This is an incredible challenge by an extremely motivated and talented individual who is looking to inspire so many people. Darren will be using our Ultra Tri bike - itself designed to compete in the most toughest of races at the highest level - so is in great hands and ready for the challenge.

"We wish him the very best and look forward to following his progress."

Darren will begin his epic 10x10x10 challenge on Sunday 18th October and finish 10 days later on Tuesday 27th in the London Eye.

To support Darren, you can donate at justgiving.com/fundraising/darren-hardy7