Cycling UK has today launched a new off-road adventure route taking cyclists through 10,000 years' worth of history in the south of England.

King Alfred's Way is a 350km loop of gravel tracks and off-road trails through the heart of Surrey, Hampshire, Wiltshire and Berkshire countryside. 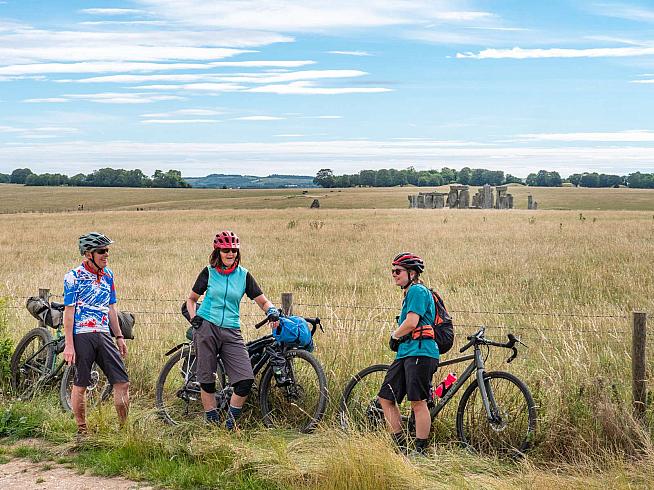 Named after the Anglo-Saxon ruler of the ancient kingdom of Wessex, King Alfred's Way passes iconic locations including World Heritage Sites at Stonehenge and Avebury and Iron Age hill forts at Old Sarum and Barbury Castle, while also riding straight through the heart of quintessential England.

"The pandemic has understandably changed the British public's appetite for foreign travel but with King Alfred's Way we're hoping to at least quench its thirst for adventure.

"There's no need to fly or, for many, even travel far for a challenging trip. King Alfred's Way is 220 miles of literal ups and downs looping through a quintessential southern England made up of thatched cottages, Iron Age hill forts and stone circles."

With the route passing within an hour's journey from home for 17 million people, King Alfred's Way is the perfect staycation for the more adventurous traveller and promises challenging riding through an ever-changing landscape. With tourism spend from cyclists in the UK £520m per year, it is also another potential avenue of valuable income for rural businesses. 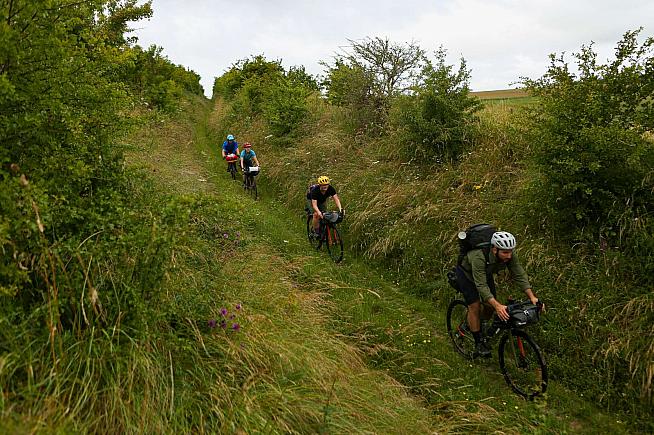 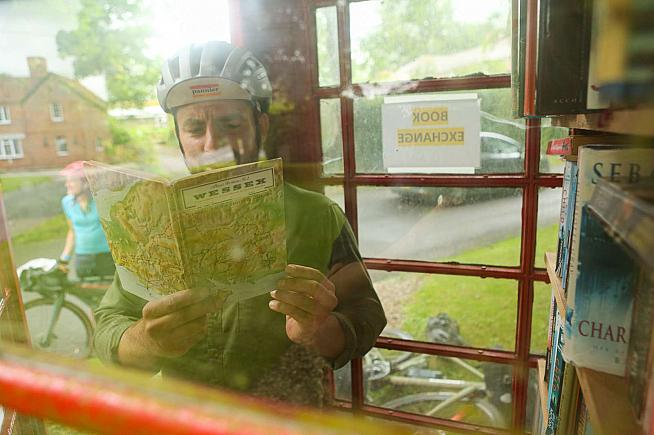 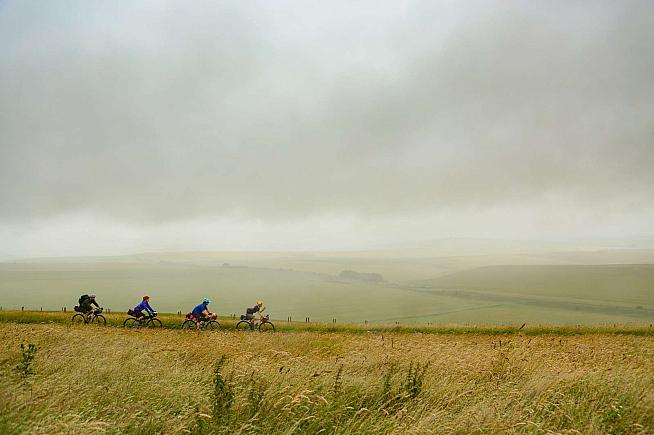 England has 15 national trails, but only two of them are cyclable from end to end: the Pennine Bridleway and the South Downs Way. Cycling UK's wider goal is to create a network of long-distance off-road routes across the length and breadth of Great Britain, through amazing places and wild landscapes.

"73 years ago, legislation was passed which led to the creation of our national parks, Areas of Outstanding Natural Beauty and long-distance trails," said Sophie Gordon, referring to the Countryside Act 1947. "It's a godsend for walkers, but for ramblers with bikes not a lot has been done since then in terms of improving access for cycling.

"With King Alfred's Way we want to show what is possible if we fill those missing links between our national trails and start making the countryside accessible for everyone - walkers, horse riders and cyclists."

King Alfred's Way follows the launch of the 800-mile Great North Trail (Peak District to Cape Wrath / John o' Groats) in 2019, and the riders' route for the North Downs Way in 2018. 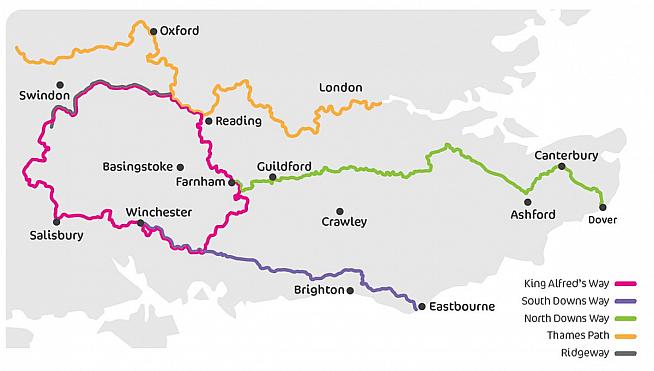 King Alfred's Way links to other long distance cycling trails in the south of England.

"This is a truly fantastic route which will take you past well-known landmarks and along some hidden gems. However, Cycling UK would urge everyone contemplating riding King Alfred's Way to make sure they are aware of and observe current public health advice related to managing the pandemic before doing so."

To date, six riders have ridden the complete route.

The route is available to view online on the Cycling UK website, where you can also find an extensive route guide and downloadable route files (GPX), and also on the Ordnance Survey's online service (search King Alfred's Way).