This year's edition of L'Etape du Tour has finally been cancelled, the organisers have confirmed.

A month after announcing a new date of 6 September 2020, organisers ASO have taken the decision to cancel this year's Etape instead.

This time it's official: the Etape will not take place in 2020.

"After attempting to reschedule the l'Étape du Tour de France on the 6th September, the organisers, in agreement with the City of Nice, have had no choice but to cancel the 2020 edition.

"In view of the difficulties that many participants had in making themselves available for this date, and in particular the large number of those coming from countries around the world, it has been decided to postpone the L'Étape du Tour de France until 2021, still following the same, long-anticipated route that the 2020 edition would have featured.

"The City of Nice and the organisers, given the record number of registrations, have indeed made a point of maintaining the organisation of the event in the wonderful backcountry of Nice.

"We understand the disappointment of those who have sacrificed much of their time in preparing to ride the 175 km as well as climb the Col de La Colmiane, the Col de Turini and the Col d'Èze. It is only a postponement. The organisers and the City of Nice promise an exceptional Étape du Tour de France in early July 2021.

"All of the cyclists entered for this year are, if they wish, automatically entered for the 2021 edition. If not, they will receive a voucher corresponding to the price of the race bib and any options that may have been purchased." 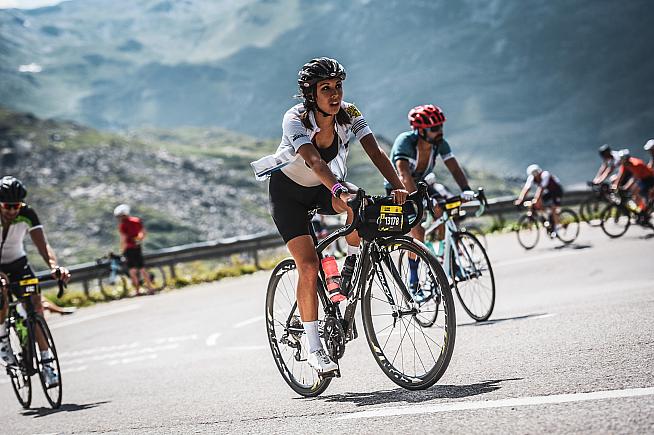 The status of this year's Etape du Tour had been in doubt since the scale of the coronavirus pandemic became apparent.

Matters were not helped by the organisers' communication. After announcing the postponement in April at the height of the pandemic, six weeks of silence followed.

An update on 5 June led many entrants (and media outlets) to conclude that the Etape was cancelled - hastily followed by clarification that the organisers were still seeking a new date in 2020.

Three weeks later, on 25 June, a new date of 6 September was confirmed. However, ASO warned at the time that they were "closely following the evolving situation and will be respecting any directives from the health authorities."

Now that it's finally been cancelled - sorry, "postponed" - entrants at least have certainty.

However, the carrying over of this year's Etape route to 2021 means that cycling fans will not have the chance to experience a stage from the 2021 Tour de France.

There is some precedent for this; 2011 and 2012 both saw two Etapes take place - including Sportive.com publisher Joe's Etape debut on the 2011 stage from Modane to Alpe d'Huez.

2013 saw ASO revert to a single Etape - allegedly because of costs incurred deploying buses and trucks to rescue the 40% of entrants who failed to complete the 2012 Etape from Pau to Bagneres-de-Luchon.

But with this year's event a washout, could organisers ASO decide to dust off the two-Etape concept for 2021?

At this point, we wouldn't rule anything out...