Coronavirus has claimed its biggest sportive scalps to date, with organisers announcing today that the Tour of Flanders and Gent-Wevelgem sportives are to be postponed.

Up to 16,000 riders were expected to take part in We Ride Flanders, the official sportive of the Tour of Flanders (Ronde van Vlaanderen) Spring Classic. The sportive was scheduled to take place on Saturday 4 April, the day before the pro race.

Organisers Peloton today confirmed the sportive is postponed, with a new date to be confirmed.

"In order to limit the risks of a further spread of the Coronavirus as much as possible, especially in those places where many people gather, we, as organiser, want to take our responsibility. Therefore, we have decided to postpone the We Ride Flanders, planned for 4 April to a later date this year. We are now looking at the most suitable dates together with the cities and municipalities involved and any other partners. As soon as a new date for We Ride Flanders is known, we will communicate it as quickly as possible."

Peloton's entire spring programme of sportives has been affected, with this year's Gent-Wevelgem sportive one of the most high-profile casualties after Flanders. Originally set for 28 March, the ride will take place at a later date which has not yet been announced.

Other rides that have been postponed include the Dwars Door Vlaanderen Cyclo (21 March), the Scheldeprijs Cyclo (11 April) and the Brabantse Pijl Cyclo (18 April). 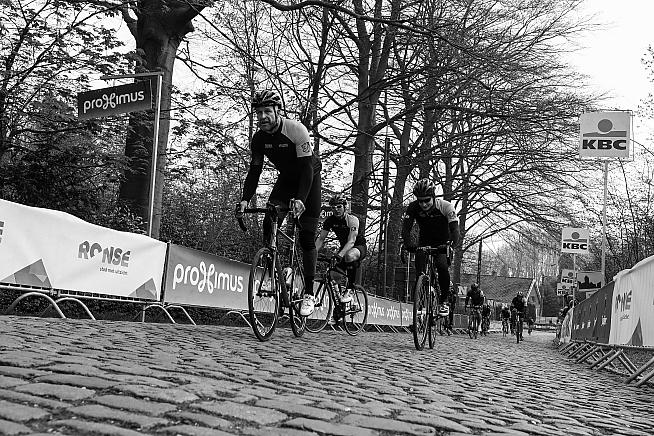 Coronavirus has forced postponement of Flanders and Gent Wevelgem sportives.

Flanders is one of the most popular sportives of the year, and its postponement will come as a blow to the many thousands of UK cyclists who travel to Belgium each April to tackle the famous cobbled climbs.

As the UK and Europe take increased precautions to limit the spread of coronavirus, it is likely that further disruption to the sportive calendar will follow.

For updates on events that have been cancelled or postponed so far, visit our Coronavirus tracker: