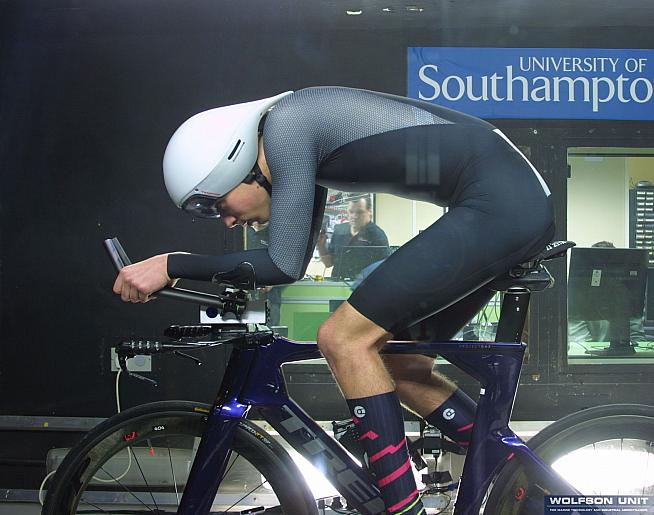 Body Rocket have developed a system to measure and relay aerodynamic data in real time.

According to Body Rocket, the system will allow cyclists to fine-tune and optimise their ride position in real-world conditions to reduce wind-resistance.

The system is still in its final phase of development, but Body Rocket claim to have validated its on-the-road performance against industry standard wind tunnel testing at the University of Southampton.

Funded by the SPRINT programme, the testing was designed to evaluate both detailed and major changes to rider position. Results were encouraging, with just a 0.9% average deviation between wind tunnel and Body Rocket measurements.

How does it work?

Measurements from the three Body Rocket components (smart pedals, seatpost and stem) feed into the device, which applies machine learning algorithms to give instant feedback to the rider when testing positions, apparel and accessories on the bike.

Body Rocket - a background in elite cycling and engineering design 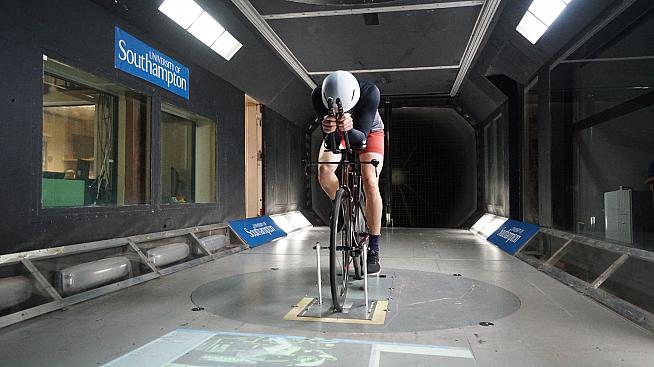 The system performed within 1% of wind tunnel data in tests.

Body Rocket was formed in 2018 by a team of cyclists and technologists who shared a passion to make athletes faster through shared aerodynamics. The founder, Eric DeGolier, is a former elite cyclist who competed as a tandem pilot at the 2004 Paralympic Games in Athens, Greece. He also has a Masters in Engineering Design.

"For more than a decade we've seen technological developments across the cycling industry to make bikes, wheels, helmets, even socks, be more aerodynamic and sensors now give live feedback on a range of factors from power, temperature, gradients and much more," explains DeGolier.

"But, despite the rider being 85% of the full aerodynamic package on a bike, no-one has been able to provide cyclists with accurate feedback on aerodynamic drag on the road and in real-time.

"Body Rocket is the first direct-force drag measurement integrated into a bike, and represents a huge technological breakthrough. It's something that would offer greater improvement to speed and efficiency during one ride, than through months of training," he continues.

DeGolier's ultimate aim is to bring technology that has until now been the preserve of elite professionals, to the masses.

"We set about designing a system that could bring technology, usually reserved for top tier professionals, to the masses with accurate and real time feedback," he explains.

"Years of research, engineering and expertise have brought us to the point where we now have the only on-road product that can be proven accurate through wind tunnel testing validation.

"Gone are the days of needing to break the bank to spend time in a wind tunnel. Reduced drag is, put simply, free speed. We're on the verge of making everyone faster and more efficient."

With wind tunnel validation complete, Body Rocket will be starting field testing of the device later this spring. A crowdfunding campaign will launch in March offering backers the chance to help fund development and production.

In the meantime, anyone interested in finding out more about investing ahead of the campaign can get in touch with Body Rocket directly by contacting [email protected]

Find out more about Body Rocket at www.bodyrocket.cc.