I don't mean physically, mentally, and spiritually kaput curled on the side of a road someplace in the foetal position. I rolled across the finish line in Dublin and completed all 4,000 kilometres of the Lublin to Dublin Coddiwomple.

And now that it's finished, I'm putting pen to paper to go through my thoughts on this epic ride that spanned Europe. 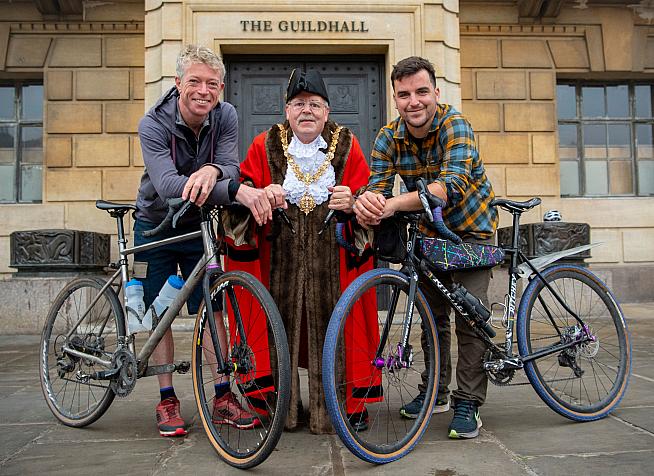 Almost done! Eoghan with the Chair of Protect Earth and the Mayor of Cambridge.

The Lublin to Dublin Wha?! A recap

It's a mouthful, the Lublin to Dublin Coddiwomple. But a bike ride of these proportions needs a name almost as lengthy!

And the name says it all. I started the ride in Lublin, Poland and cycled through nine countries to arrive in Dublin, Ireland, 37 days later! 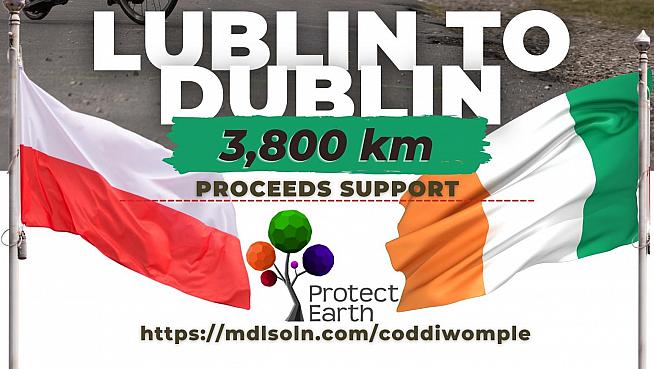 Here is a quick recap of what the Lublin to Dublin Coddiwomple entailed:

What was the greatest challenge on this 4,000 kilometre ride?

There were hard days and hard times. But, the hardest was cycling from Nancy, France to the ferry in Dieppe. It was 460 kilometres, which I covered in three days.

On the back of being very busy running around Nancy, from where I had also quickly shot back to the UK for a wedding, I hopped on the bike to cycle 200 kilometres.

The next day was a 160-kilometre jaunt. The final day was 100 kilometres. From my return to France, I couldn't shake the thought that I didn't want to do any of it. I wasn't enthused about being on the bike and having to grind the distance out. 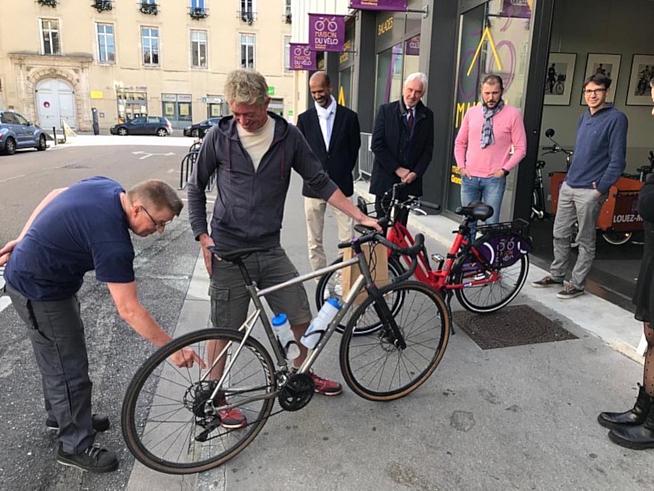 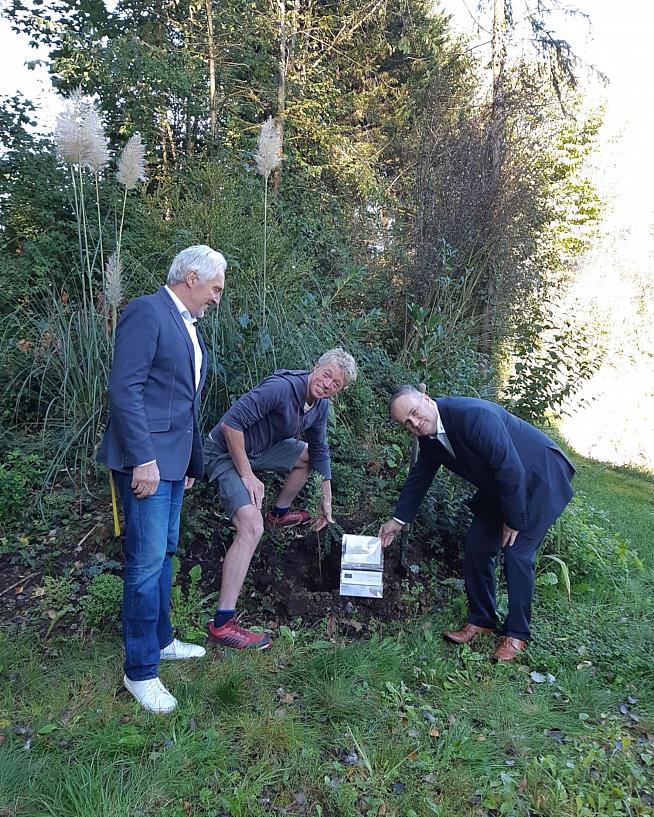 Eoghan plants a tree in Nancy with the Polish Consulate.

On top of a total absence of motivation, I faced a lot of headwinds paired with cold, intermittent bouts of rain, and occasionally getting lost. But I had a picnic on the ferry, dried out, slept, and woke up ready to tackle the UK.

What would you do differently if you were to do this again?

I am happy that I stuck to my schedule. Before I started, I booked accommodation for every night. And, at the end of every night, I was where I had planned on being - whether it was 70 kilometres away or 200 kilometres or consecutive days of hundreds of kilometres.

It was risky to book accommodation ahead rather than looking for someplace on the day. But it gave me something to work towards and kept me on track. It would have been too easy to use the excuse, "I'll make up the distance tomorrow". I would have said that every single day!

Doing the ride over September and into October was also a good shout. I did get roasted by the sun in the beginning. But, on the whole, I didn't have any unbearable days (too hot or too cold). 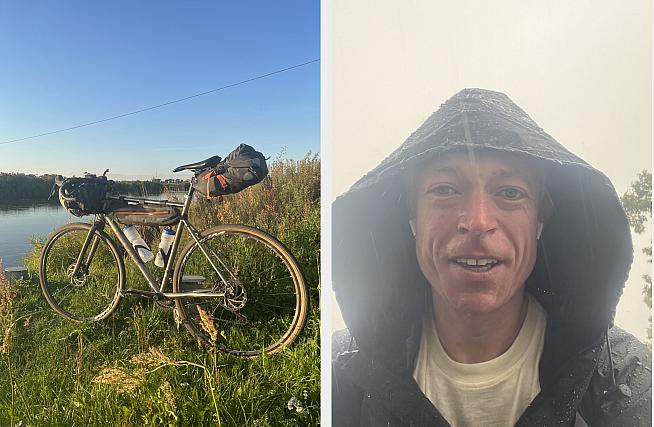 Now, on to what I would do differently if I were to do it again. And it comes down to goals. For me, the Lublin to Dublin Coddiwomple was intensive. With an average of 150 kilometres covered every day that I was cycling, the routine was to eat, cycle, eat, find accommodation, and sleep. And the time consumption of that routine meant I didn't see anything or meet anyone. If a cultural excursion was the goal, I'd definitely go with fewer kilometres per day.

On the other hand, I could have done the ride faster. If the goal was to crack out a fast pace, I would have had to up the daily distance. By how much? I honestly don't know!

How was the ride overall with the equipment you had?

I rode across Europe on a stock Ribble CGR Ti. And, the only issues I had with the bike - they can't be called issues. And, certainly not issues with the bike. But, all that happened that delayed the ride involving the bike was I had three punctures. That's it. Four thousand kilometres. Two and a half thousand miles. And three punctures. That is a testament to the bike's durability!

On top of the luck I had with everything going so right with the bike, I had more luck in the form of clothing sponsor Howies. They make some great clothes. They sent clothes to different stop points through the ride so I could turn over clothing rather than washing or buying new clothes. Plus, they would put in little cards and messages that were really thoughtful!

Going back to what I'd do differently, I had a touring set-up with wheels and luggage. If going for a faster ride, I'd have gone with smaller tyres, lighter wheels and looked at paring down luggage.

What was your favourite country during the Lublin to Dublin Coddiwomple?

I want to apologise to Switzerland in this reflection. Every corner turned or hill climbed, some form of expletive would leave my mouth. It was so stunning and beautiful. An incredible country and place to cycle in! 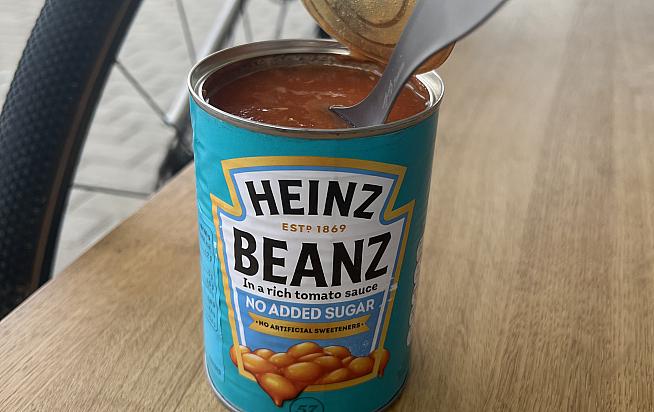 We've all bean there... Nutrition on the go.

Rolling off the ferry into the UK, I started thinking I was finished. I was on home turf. Hobnobs were readily available. And the average daily distance dropped.

The pace became so relaxed that I spontaneously took two days off in the same week! One day, I didn't feel like riding, and it was forecast to rain heavily all afternoon into the evening. So, I hopped into a hotel and then had a steak for dinner!

On the second day off, I mucked around Llandudno - I drank coffee, walked the Great Orme, and took the bus to Conwy to check out the castle and town. Very civilised stuff!

What advice would you give anyone wanting to do this in the future?

I came across this audiobook on the ride, "Things No One Will Tell Fat Girls" - I really don't know from where! And the author, Jes M. Baker, had the best advice. Stop making excuses or creating obstacles to the things you want to do. Get on and do 'em! And it's great advice that I endorse and clearly, advocate.

Don't set out to ride 4,000 kilometres on your first long-distance bike ride. Build up to it. But don't worry about having the right bike, the lightest sleeping bag, and all that bollocks. Plan an adventure appropriate to your experience, your fitness levels, your appetite for adventure, and go and do it. 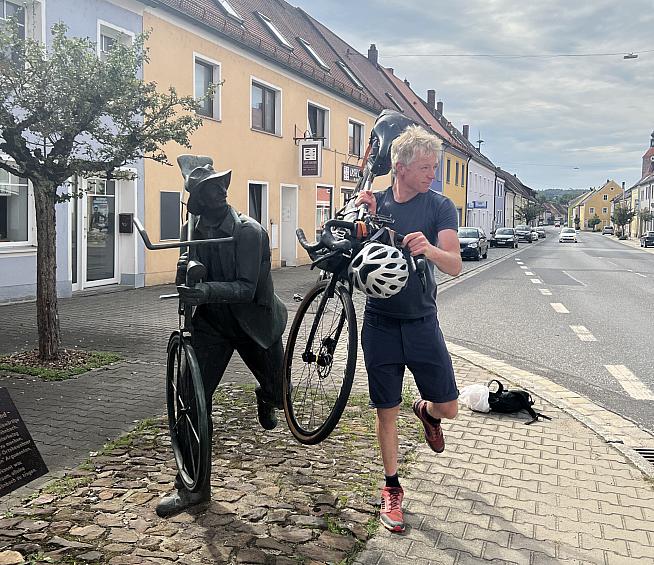 Expect things to go wrong. Expect highs and lows. But expect to have fun and grow. Embrace it all and enjoy all that comes! My first bikepack was not to this magnitude, and no one else's has ever been.

Favourite stop along the way?

I do have highlights other than Switzerland and the UK.

People-watching in Poznan on a sunny afternoon from a wine bar was great. I basically time-trialled along the artery road after 200 kilometres into Berlin. That was a lark. I was beyond bonking and not caring until seeing Prague's old town. I forgot all my worries and explored a little until I bonked again!

I caught up with friends. The ceremonial stuff, hanging around city halls, drinking coffee with mayors, and having lunches in consulates with ambassadors was a very unique experience!

Also, honorary, post-coddiwomple/pre-adventure-ending highlights included spending a couple of days with Oisin (my friend and editor of Sportive.com) and his family in Northern Ireland. I also went to Canada (where my ride sponsors MDL Solutions are based) and spent more time with the team there, which was great!

What can we expect for the future of the coddiwomple?

Lublin to Dublin wasn't my first coddiwomple. In 2020, I took off to Morocco for five months calling that adventure the North African Coddiwomple.

Pundits and punters alike all expect a return to adventuring in the near future. They're probably right. A few ideas are rattling around, and some discussions are happening.

It's a matter of keeping eyes focused on Sportive.com or my Instagram to follow along with the mad happenings that are to take place.