You wait 18 months for a sportive, and then three turn up at once...

It was revealed at the briefing for the Mendips Classic sportive that there were two other similar events taking place in the area the same day.

The potential for confusion with hilarious consequences appeared to be rife. Would it be possible to inadvertently drift onto another route, adding miles to the ride?

Before my imagination could run riot we were assured that all three events had different coloured signs to lessen the likelihood of disaster. In reality if I hadn't been told then I wouldn't have known. I did see a couple of different signs on the route, and I was overtaken towards the end of the event by some riders with different numbers, but that was it. 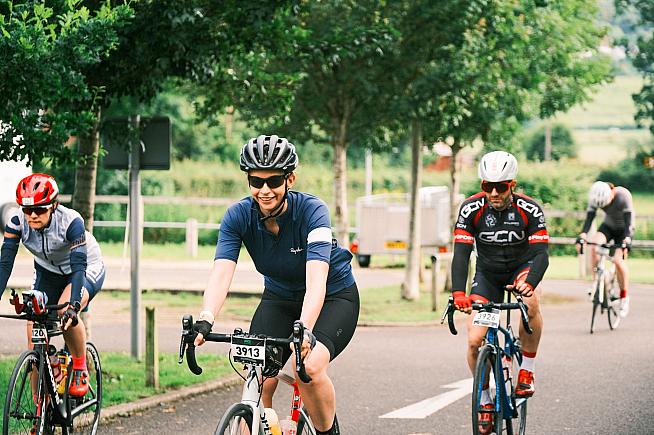 I had cycled the Mendips Classic on a couple of previous occasions and it was again based at Strode College Sports Centre in Street. One of the previous rides stuck in my mind because the queue for the start snaked round the block and took around an hour to get to the start. On this occasion there were no such issues and everything appeared to be running smoothly, to the credit of organisers UK Cycling Events Ltd.

There were four routes to choose from:

After being scooped up by the broom wagon after 40 odd miles of the Black Rat sportive in May, I wanted to pick my route carefully. Since then training on the bike amounted to zero miles and included another "Did not Start" at a sportive due to illness. After an email pep talk from the editor I went for the Middle route.

Social distancing was obviously a consideration at the time so the start times for different route were staggered. Long route 8.00-8.30am, Middle route 8.35-9.05am and the shortest two routes 9.10-9.30am. Registration for each opened 30 minutes before the start time and the venue was open from 7.15am.

There was a pre-event email circulated to all participants. On the day there was thankfully no rain just light cloud and a bit of a breeze. Parking was on the sports field by the college and there was ample room. It was just a bit of a slalom course snaking though the college grounds to get there.

Unusually there were no queues for the toilets or for registration and I breezed through the preliminaries in no time. No cycling shoes in the gym registration hall was the only bump in the road. It was masks on inside and registration required on the track and trace app but it all felt quite relaxed. There had been a briefing on the pre-event email and so only a short verbal one on the day prior to the off. 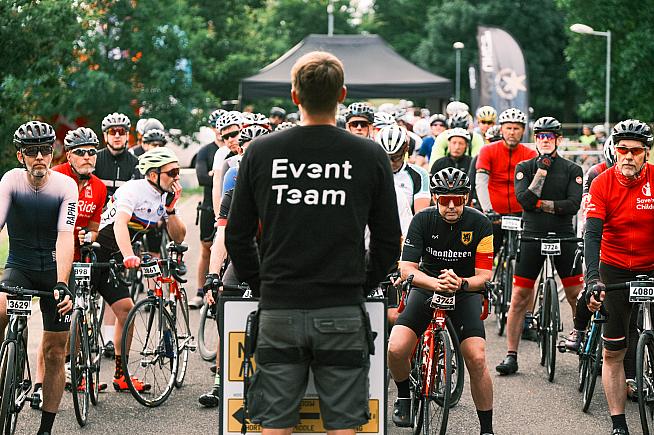 All courses initially headed up towards Wells on the flat country lanes of the Somerset Levels. Not much traffic so there was plenty of opportunity for group riding and finding your legs.

The Rook route circled back before Wells, but for the rest the first big climb of the day came on the old road as we left the city. It felt like a long hard drag, but as previously stated I was considerably under cooked for the event.

However, confidence grew as I just about made it without touching down. It wasn't a climb I had ridden before, but it was enjoyable especially as it was away from the main fast A roads in the area.

There was a cut-off time of 10am for those on the Long route to reach the course split around the 27.5km mark. I have done the Long route previously and found the cutoff to be pretty pragmatic and achievable. If you didn't make it in time then it was a redirection to the middle route.

That said, this was a different route to the one I had previously ridden and didn't go where I had anticipated. The short route appeared to go via Priddy on top of the Mendip Hills. The middle route headed towards Blagdon but avoided all of the major climbs, instead going for a descent followed by the only feed station around the halfway mark at 41km. There was an additional feed station on the Long route but none at all on the two shortest courses.

The feed station was in the car park of a road side pub/café with plenty of room and plenty of choice of food including sweets, bananas, crisps, flapjacks, energy drink and gels and water. There was also a mobile mechanic in situ to sort out any gremlins. 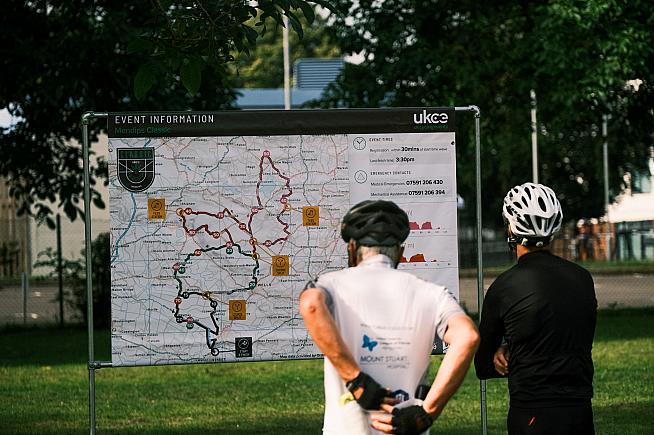 Back on the road, the second and final major climb was Cheddar Gorge. Pretty tough on the very bottom before settling down to an extended moderate slog to the top. I was happy I had done it several times previously on other events so knew what to expect.

So the climbing was pretty much done after 50km, which was a blessing as I had burnt my small array of matches around the same time. I didn't have a bumper box to call on, more like those little cheap packs you used to get in hotels.

There was a sharp descent and then a flat run to the finish, which seemed to be never ending. That was more to do with me willing the line to come as I watched the kilometres slowly tick by, whilst faster riders on the Long and other events occasionally overtook me.

It just brought home how much training matters, but I made it to the finish and collected a medal along with a free beer and coffee courtesy of the various sponsors.

The Mendips Classic was a well-run, Covid-secure event that struck the right balance between ensuring safety measures were in place without creating anxiety and panic by being too officious around them.

Friendly organisers and different routes to cater for all levels were reflected in a big turnout. I suppose the only thing missing was a 100 mile route for the hardcore, but then the event was due to finish around 3.30pm.

I would recommend the Mendips Classic as a good introduction to cycling in the Mendips, and definitely one for those looking to add Cheddar Gorge to their palmares.

Discover the UK Cycling Events series of sportives at www.ukcyclingevents.co.uk.