Battle of the bottle: Emmie rides the Jeroboam Gravel Challenge

Gravel is having a bit of a moment within the world of cycling, seeing myriad events popping up all over the place, but it wasn't until taking part in 3T's Jeroboam Gravel Challenge that we became fully acquainted with how wildly this concept can be interpreted. We were in for a bumpy ride... 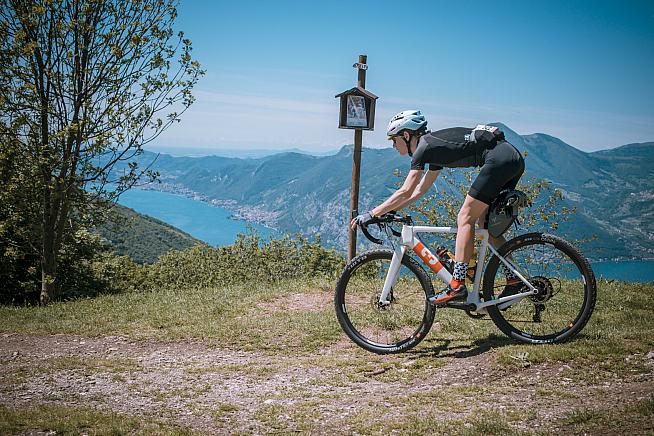 The Jeroboam Gravel Challenge is a new gran fondo set in the stunning landscape of Italy's Franciacorta region.

Italy's Franciacorta is any tourist board's dream. Not only does it have world-class scenery with lakes, mountains and snow-capped peaks on the horizon, it also has mineral-rich soil that produces sparkling wine with the credentials to rival Champagne. That's part of the reason why we're here. But Franciacorta is also a region that embraces the nomadic spirit of cycling, and 3T have picked this exact same mineral-rich soil as the location for their very first gravel gran fondo, the Jeroboam Gravel Challenge.

While event co-founders 3T are best known for their components, they've also recently (well, within the past 18 months) released their very first frame, the Exploro, intended for 'going nowhere fast.' Yet beyond just launching this gravel-specific frameset designed in collaboration with Cervélo founder Gerard Vroomen and expecting it to sell, 3T really practice what they preach.

That's part of the reason why the 3T Jeroboam Gravel Challenge was born. It's a brand new event, marking a bold step for 3T and local bike shop Giangi's Bike. Like most gran fondos, the Jeroboam Gravel Challenge comes in a range of distances, although these ones are aligned with the famous sparkling wine bottle sizes: there's the 300km Jeroboam, the 150km Magnum, and the more competitive 75km Standard with timed, enduro-style segments.

The routes all set off from Erbusco, with the 300km departing on Saturday afternoon, the 150km at 6am on Sunday, and the 75km at 9am. It looks like a fairly innocuous start, skirting through flatlands before ascending the rolling pre-Alps with fairly gentle contour lines before inching closer to snow-capped peaks. 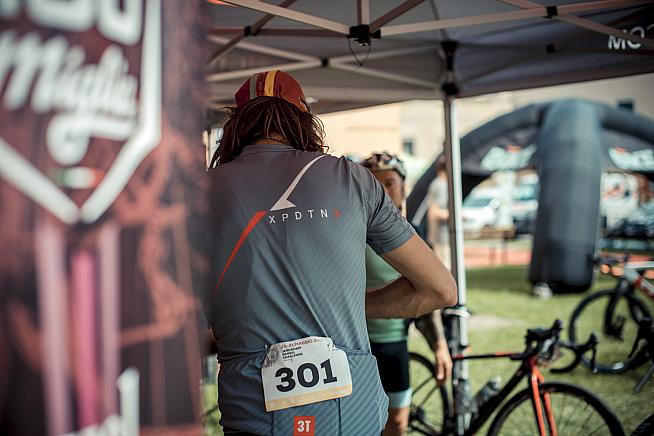 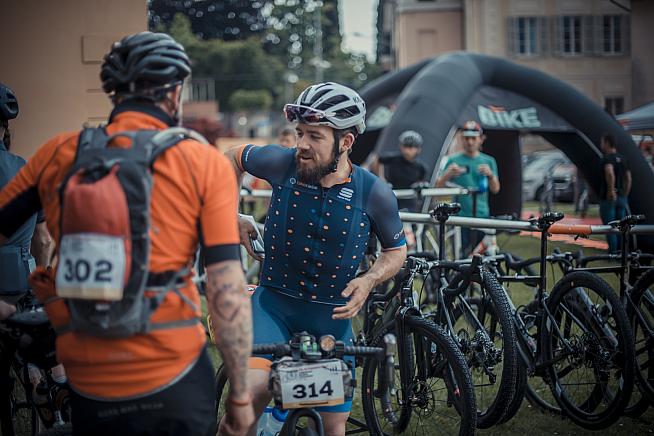 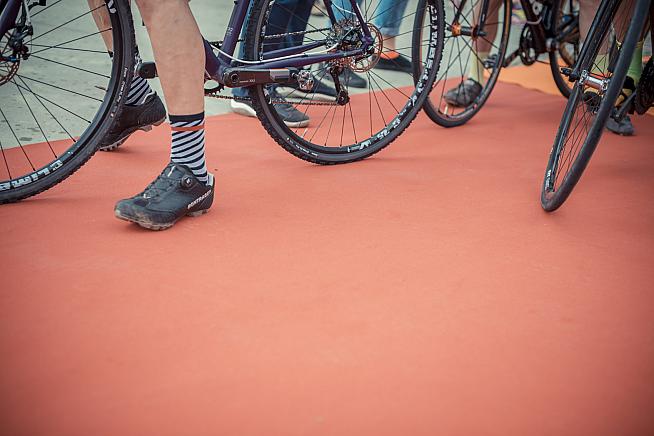 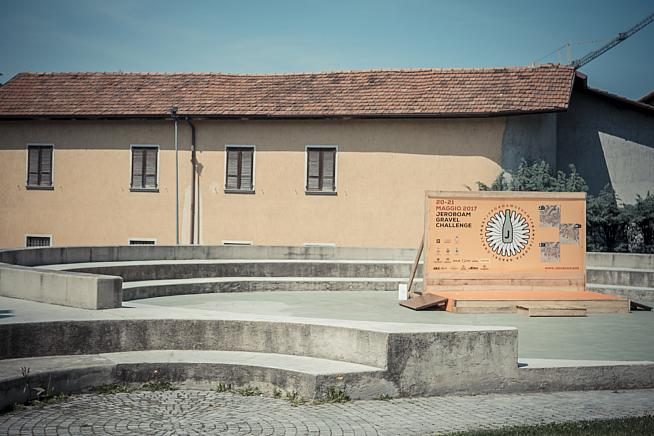 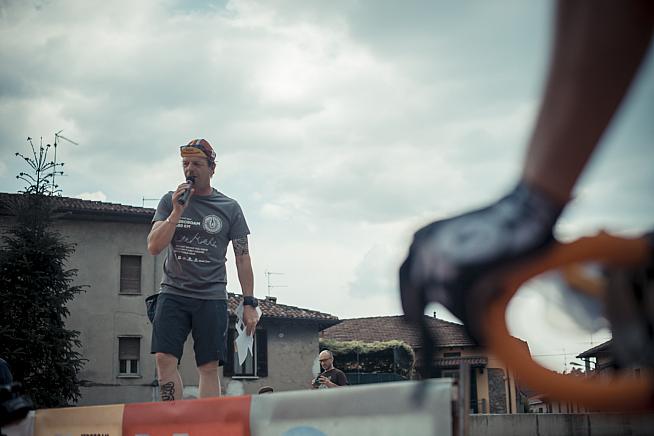 Riders prepare to set off from the event start in Erbusco.

For multiple reasons (but mainly fear of the unknown), we politely declined the 300km option and checked the map once again, noting how those gentle contour lines get closer and more tightly knitted as the route goes around the lake, heading into the high mountains.

We watched the 300km set off in an inopportunely timed downpour - still no hint of FOMO. By 6am the following morning, there were beautiful clear skies predicted to last the whole day and we hit the first section of gravel along an industrial canal path as the sun rose. As there were no signposts or arrows for the 150 km, a fiercely athletic-looking rider without a GPS joined us and scuppered our initial plan to take it leisurely and follow the organisation's advice: 'Don't lose the sense of adventure so we recommend each rider follows their own pace.' 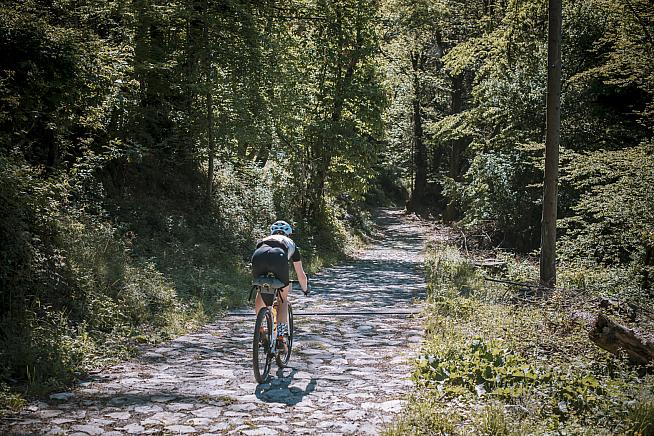 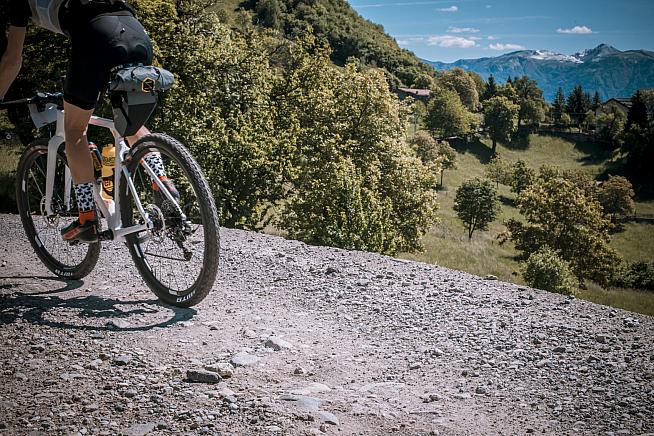 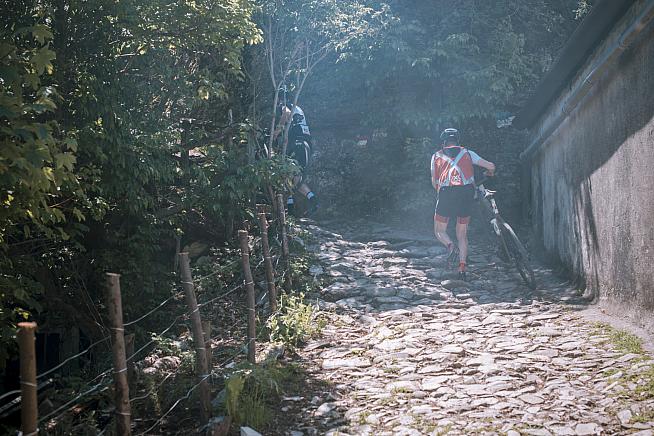 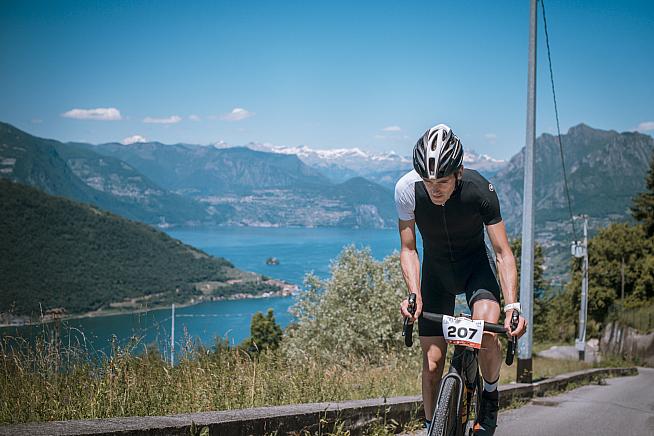 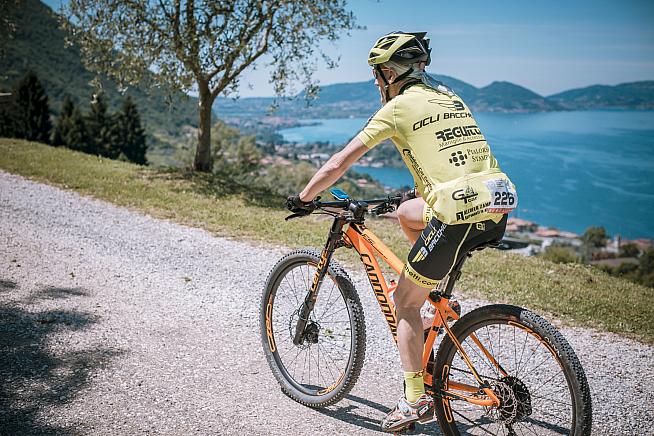 The first quarter of the route was flat enough to lull us into a sense of security as we left the Franciacorta region and embarked on the over-sized clockwise loop around Lago d'Iseo. The Italian villages were slowly coming to life, and we were met with the smell of fresh brioches and coffee. The first, long climb split many of the groups and gave us an opportunity to shake off our beleaguered companion, outpacing those on mountain bikes - an order that would change drastically on each descent.

It turned out that 3T's definition of gravel was certainly looser than ours - although the fact that they kitted out with my Exploro with a 1x11 set-up, heavy-duty 27.5x2.1 mountain bike tyres, disc brakes and dropper bars should have rung some bells. My riding partner watched with envy as the mountain bikers that we passed on the ups, sailed by us with ease on the downs. His more cyclo-cross setup saw him threading a cautious line down each of the descents.

This disparity in the definition of gravel wasn't just reflected in the terrain but also the bikes: from skinny-wheeled cyclo-cross frames to what were essentially 29er rigid mountain bikes with drop bars, it was an eclectic mix. Based on the downhills alone, we had to conclude that more tyre equals more smiles (and less arm pump), as our breaks to shake out the lactic soon taught us. 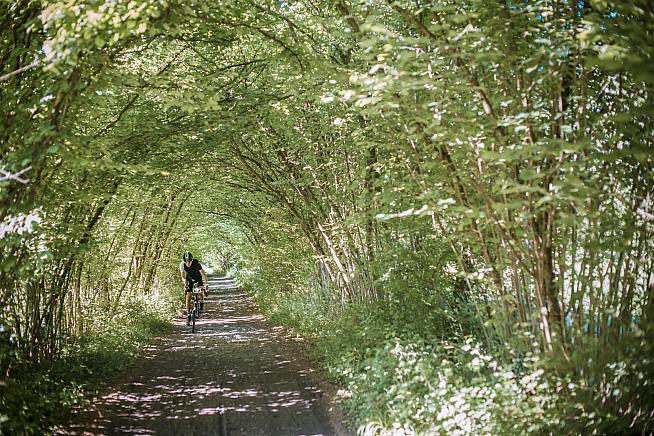 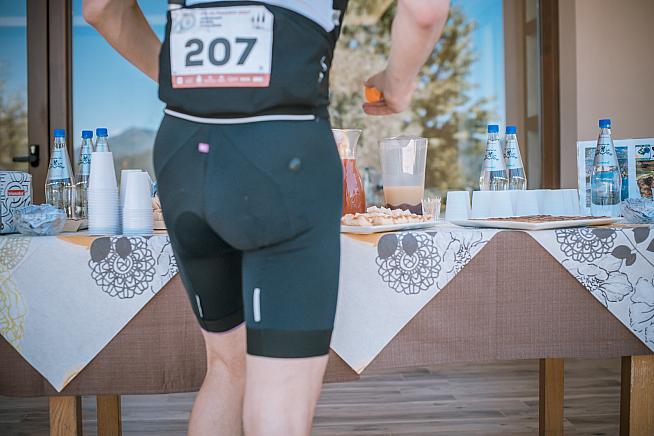 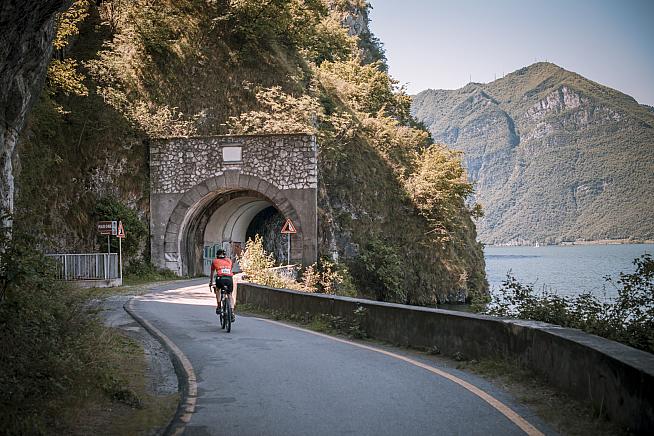 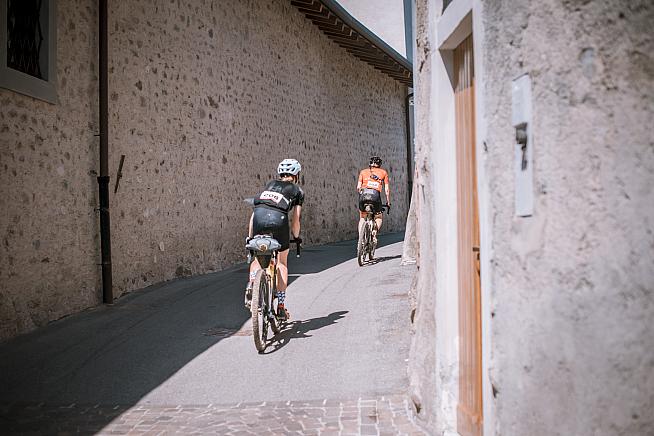 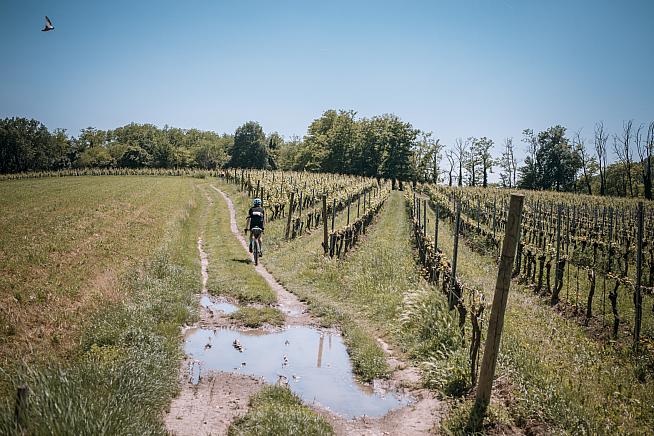 By the middle of the day's third major climb, the sun was beating down furiously and the views were every bit as magnificent as the tourist brochures had promised. (We said they had an easy job.) I cast a look over my shoulder; the lake was now a long way below us. My riding partner repeated his mantra: 'It's harder than the Mortirolo!'

The route was taking us on another brutally steep yet awe-inspiring climb up to a mountain hamlet on the Eastern side of the lake. It was nerve-rackingly narrow and little more than a paved track. Knowing that the summit usually outweighs the suffering, we ground on but there was also apprehension in the air: what would this coming downhill have in store? How much arm pump would we get this time? Would my riding partner's skinny tires successfully thread their way down the track? How much suffering is in store for our wrists on those dropper bars? 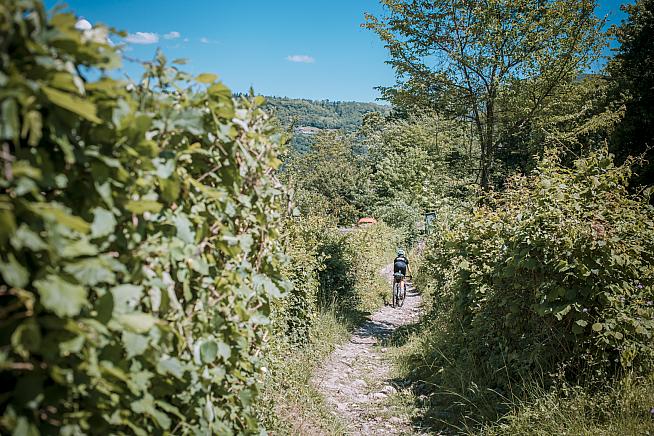 The course leads riders through the region's famous vineyards. 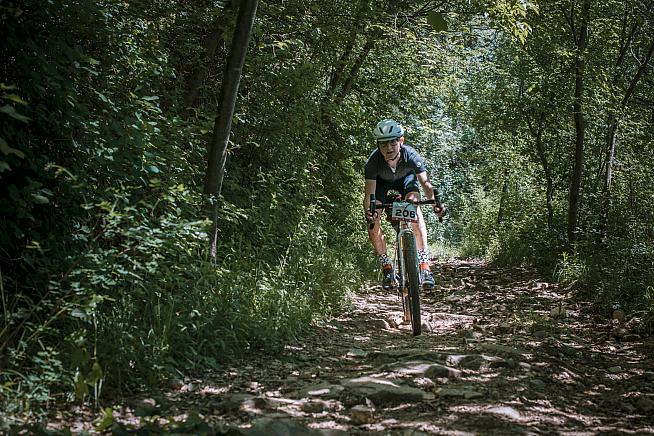 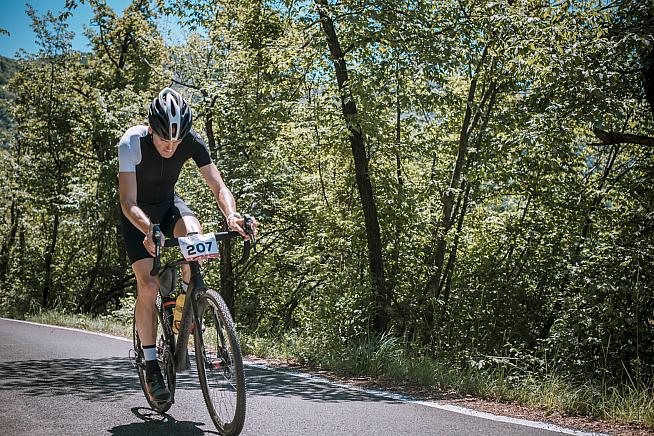 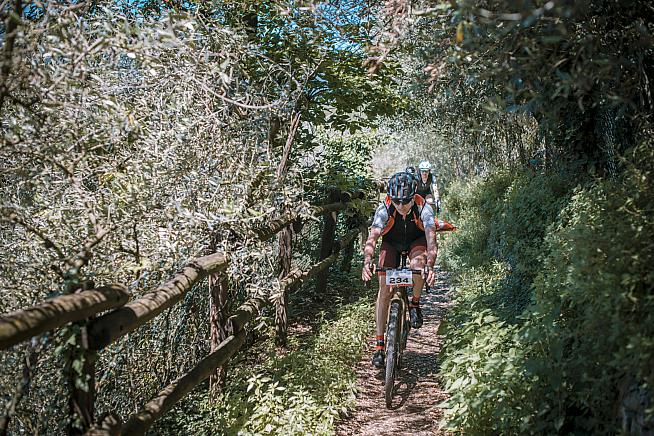 The 150km route ended up taking far longer than anticipated, and served us a lesson into the murkiness of a gravel definition, obligingly living up to the tagline of the bike I was riding with 'going nowhere fast.' Under the relentless heat of the sun, the asphalt climbs turned into a bit of a slog, and we kept pointing out potential farm tracks that could have been looped in - certainly they'd have slowed us down even more, but think of the adventure.

After all, armed with a gravel bike meant there was nothing confining us to the road other than the designated route. The area is breathtaking, and the idea of someone else having made the effort to create a route and set up feed stops took away a major strain. But the notion of a set route does somewhat negate the idea of exploring.

After almost nine hours in the saddle, it's clear that the 3T Jeroboam Gravel Challenge does embody a new era of gravel riding, where technology allows people to take things to the extreme. Fortunately, so much local knowledge was invested into the parcour that those earlier tarmac climbs were forgiven by the end of it. There's a part of us that's super keen to return for the 300km and see what we missed - the Instagam photos afterwards sparked some real ROMO (realisation of missing out).

As we nursed a beer at the finish area, we felt like we'd barely scratched the surface of what is possible with a gravel bike. That is the beauty of this approach to cycling: so loosely defined, it's more of a movement within the sport that lets you ride wherever the hell you want. 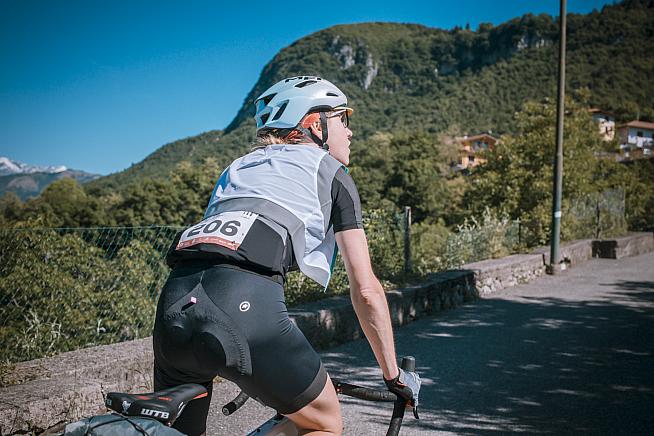 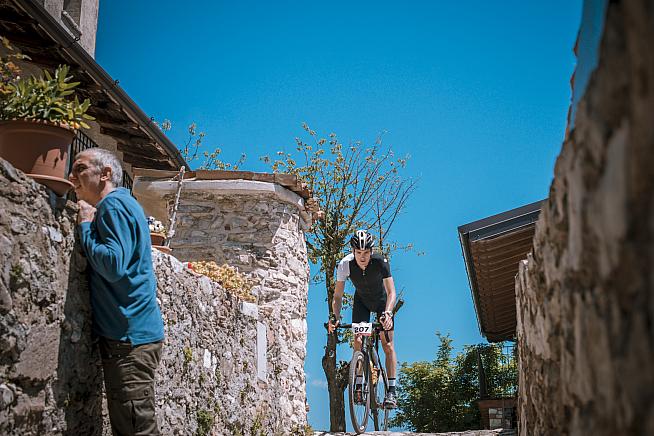 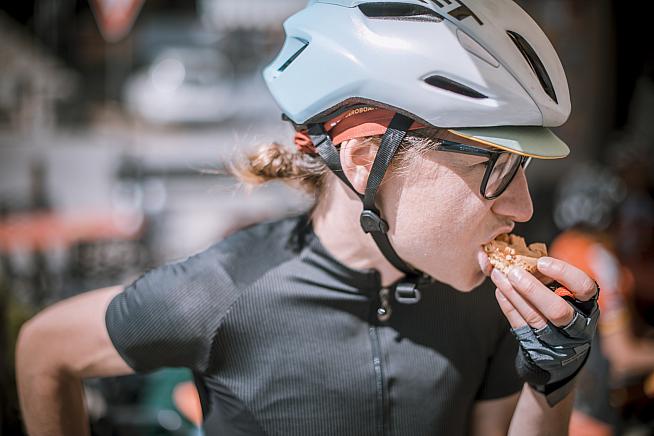 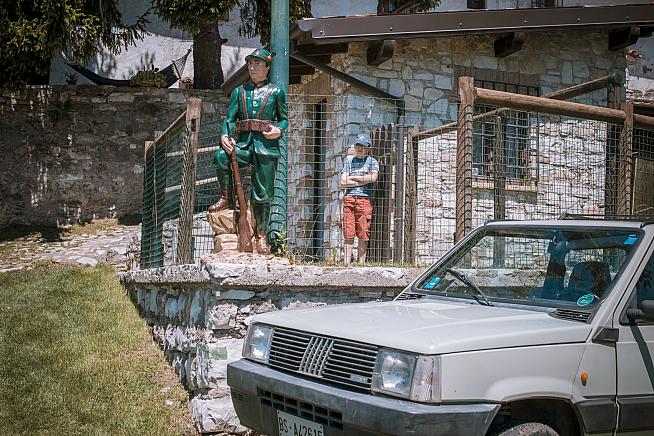 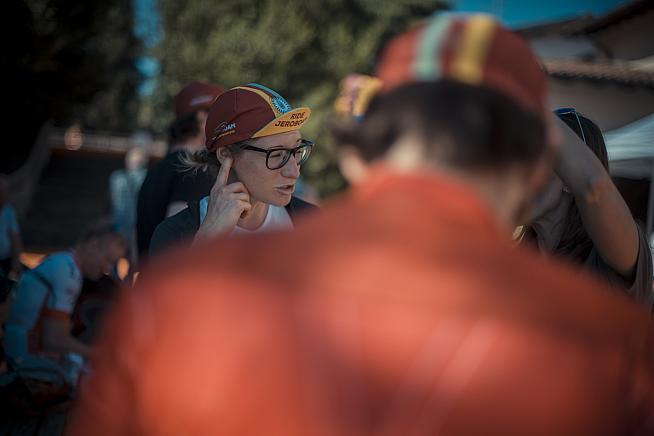 We rode the 150km Magnum distance, but for the hardier riders out there, who aren't afraid of an all-nighter or respecting a kit list that includes a spare derailleur, spare bike lights and all manner of equipment, the 300km Jeroboam challenge followed much of the same route up the west side of the lake, before heading even further afield and encircling the lake from afar.

Bigger in every sense, it had multiple sections at 2,000+ metres above sea level, where early morning frost led to frozen roads and sections of snow. Some riders opted for a quick nap at mountain huts, while others pushed on through the night with the first finishing by 7am on Sunday morning.

For 3T, this multi-terrain bike-packing is the ethos of their Exploro bike, around which they've set up the achingly aspirational XPDTN3 community. 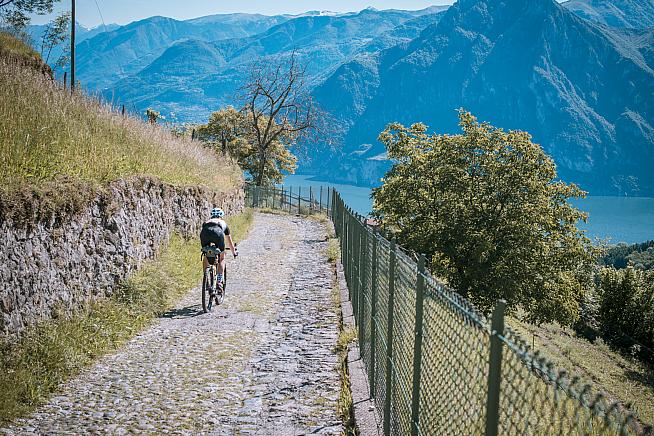 Bump'n'grind... The challenge allies a punishing mix of terrain with richly rewarding views. 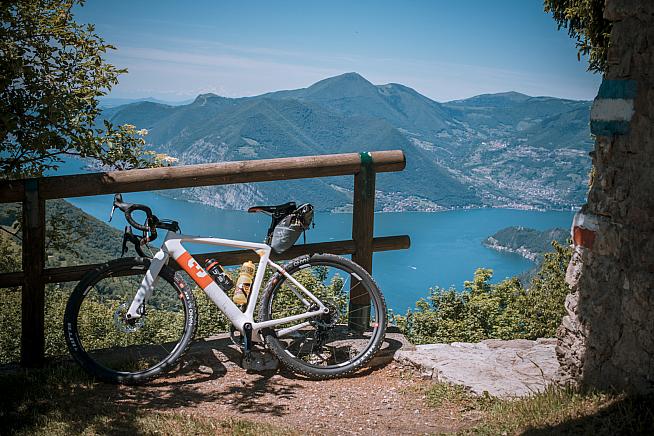 The new 3T Exploro gravel bike proved an able companion on the mixed terrain of the 150km Magnum distance.

For more on the 3T Jeroboam Gravel Challenge, visit www.jeroboam.bike.