Aviation was again the theme for the third Taunton Flyer sportive, with a full-scale replica Spitfire alongside the riders at the start/finish line. The event was based at Taunton racecourse and there was plenty of space in the car park opposite the compact main stand.

The start line for the Taunton Flyer at Taunton racecourse.

Rider packs were sent out in the post prior to the event but as a late sign-up I picked mine up on the day. This was done with a minimum of fuss and featured a cable tie number for the handlebars along with a helmet timing sticker. There didn't seem to be much in the way of toilet facilities but the queues weren't too long. The cost of entering was £34 for the two longer routes and £25 for the shortest one. This rose to £40 and £30 respectively for on the day entries.

The rider's manual for the event was available online several days before D Day on Saturday 14th May. It was comprehensive, apart from obtaining a GPS download of the routes. The manual stated that these were available on the Ride With GPS website but there was no hyperlink. A search of the website brought up some routes from individuals entitled "Taunton Flyer" but nothing in relation to the official Dakota route. I downloaded the one that looked closest. To be fair the routes were also apparently available on Garmin Connect and Strava although I did not check those sites.

Cockpit tours of a full-scale Spitfire replica were on offer at event HQ. 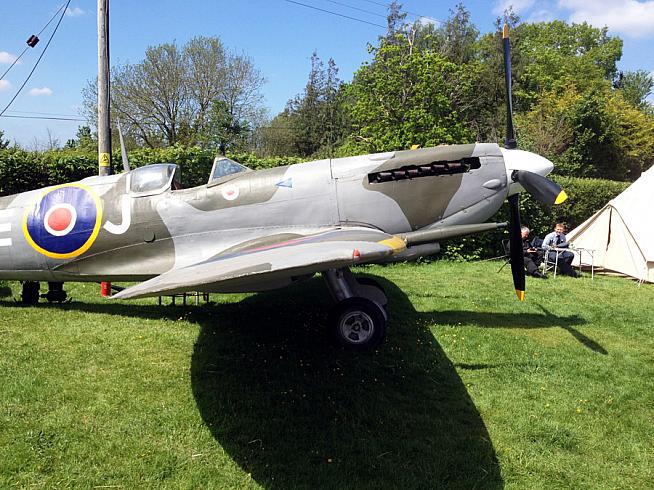 The weather was dry and clear but also chilly around the 8.30am start time at around 9 degrees centigrade. Riders were being briefed at the start and then sent off in intervals of a few minutes. We were held at the start for about 25 minutes as it was reported back to the organisers, Just Events, that the council had chosen the same day to resurface one of the roads on the route.

A van was despatched to put up diversion signs and they did such a good job that the course seemed seamless to me, although I expect some of the earlier Wellington riders had a harder time in the vanguard. Signage on the route overall was clear and well positioned.

Having got pretty cold waiting for the off I was out of the gate like a rocket as I tried to warm up. After only a few miles we hit the long but steady Angersleigh climb up into the hills. Nothing too onerous, but I was no longer cold at the top.

The route now headed south down into Devon. A and B roads were used to link up quieter country lanes, and the eyes feasted on a regular diet of thatched cottages in small villages. The course went along a plateau before descending into a fairly flat run in along a quiet main road which flirted with the nearby M5. We cycled past Quad World, which wasn't a gym but a quad bike adventure centre that is visible from the motorway. 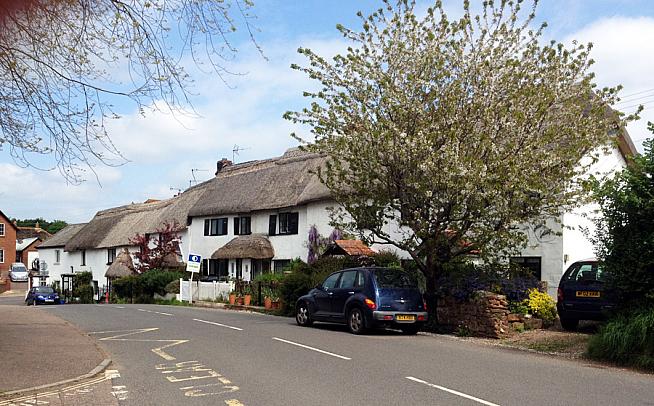 The picturesque town of Broadclyst.


The first feed station on on the route was situated around the 30 mile mark at Broadclyst college. We were greeted with permanent toilets, plenty of space for bikes and lots of different food choices including cakes, bananas, nuts, jelly beans, crisps, sandwiches, chocolate bars and energy bars and gels.

There were also tables and chairs for those who wished to linger. In addition to water and energy drinks, tea and coffee was also available.

Once out of the feed station the second half of the course was more challenging. It seemed to be mostly a very slight uphill gradient before events took a steep turn with a climb of Whimple Hill. The gradient was a lot more severe than anything that had been previously encountered and most riders around me seemed to be walking the last 10% ramp. I joined them.

I had thought that the serious climbing was done at this point, but less than ten miles further on there was an equally hard climb of Greenway Lane, just outside Honiton. Again a lot of us ended up resorting to Shanks' pony to reach the top. Shortly afterwards, around Dunkerswell, the manual had stated that there was a "get out" turn to cut out a small loop and cut the course by about eight miles. I didn't see the signs for this but I was still quite happy with the longer route. The second climb had taken us high up onto a plateau past a couple of raceways and small airfields. According to the manual the route included five such historic airfields. 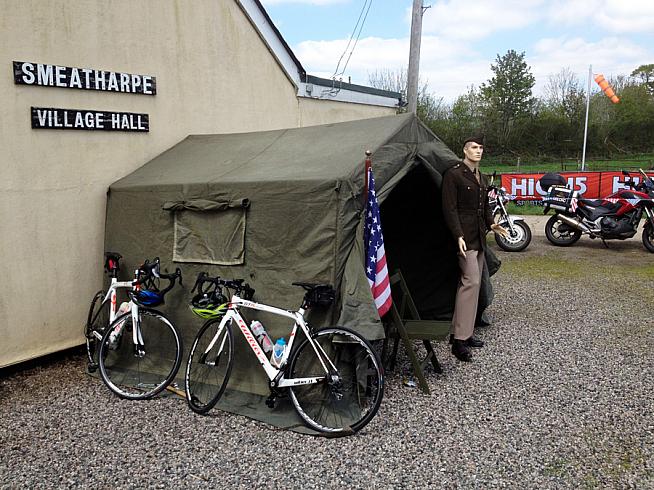 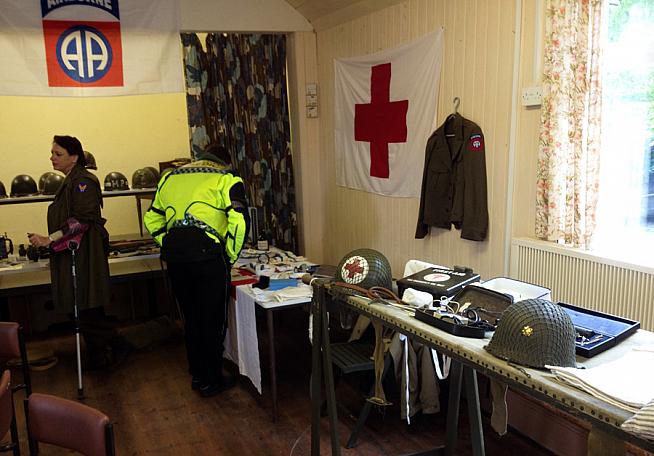 A WW2 medical bay provided a point of of interest while wolfing down energy snacks at the feed station.

The second feed station at 60 miles was in a small hall in Smeathorpe. There were several volunteers in US World War II uniforms and displays of war-time memorabilia alongside the food, which made the whole thing more interesting than your average feed station. The final stretch of the route was a great descent back down to the racecourse.

Immediately on finishing each rider was able to type their details into a computer and get a printout of their time. This was then presented for a gold, silver or bronze medal and a T-shirt. I got a bronze, which was a step up from last year. 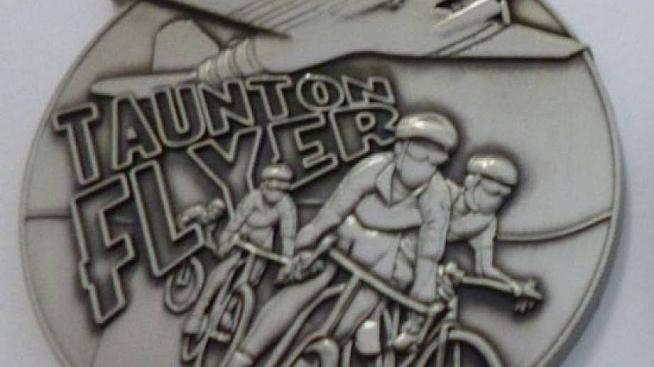 Gold silver and bronze medals were awarded to all participants.


I really enjoyed the Taunton Flyer again. The route is ideally suited to a spring sportive, as it's not a killer but there are some challenges to really test your fitness levels as summer approaches.

The next Just Events sportive is the Moor 2 Sea taking place at Exeter Racecourse on Saturday 3 September. You can find out more details and enter at the event website - it's sure to be worth a look.