Taunton Flyer report: Paul rides the sportive, gets the T-shirt

VE Day celebrations were an integral part of the Taunton Flyer sportive on Saturday 9 May. The course was themed around the wartime airfields of Exeter, Dunkerswell, Upottery and Culmhead, and there was even a special entry category for vintage bikes.

Much as I was tempted, I stuck to my normal attire and bike and arrived at Taunton racecourse just after 7:30am. Unlike most sportives the registration pack was posted out to riders the week before the event. This contained a helmet timing chip sticker and bike number with cable ties. The result was no queuing on the day. Parking was opposite the racecourse and then it was just a case of making my way to the start line. For those who wanted it, breakfast was available on the racecourse until 9:00am.

The Dakota route (100km) riders started from 8:00am whilst the Spitfire route (54km) entrants were due off from 8:45am. The riders went off in groups after a short but comprehensive briefing for each bunch. We were warned to watch out for the Dakota drag racing event and signs at the back end of the course and not to confuse it with the sportive. I had fish-out-of-water visions of turning onto a runway with cars hurtling by at speed on either side of me. Needless to say these were quickly replaced by a much more bucolic experience as we left the racecourse along B roads and country lanes. The weather was relatively cold for May, but there was only the odd splash of light rain during the event. 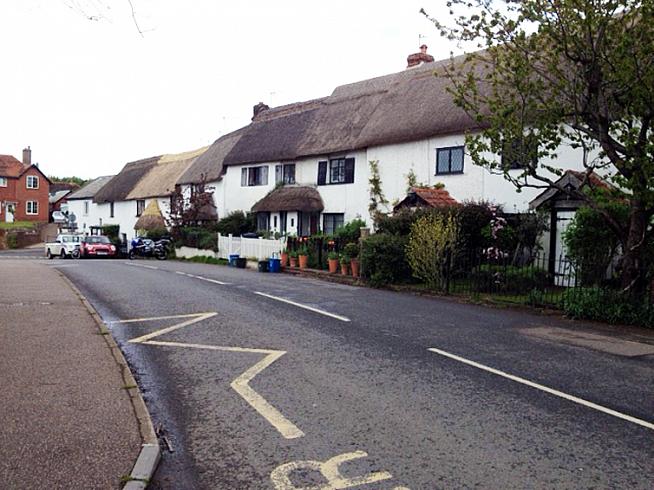 The Flyer was aptly named because most of the route was on flat and fast B roads and a few country lanes. However, there were two major climbs, the first of which came only five miles in, at Lowton, and lasted for a mile and a half in total. It was mainly through a quiet wooded road before turning onto a more major road. The gradient appeared to rise up to just over 8% at the steepest points. The top end of the climb signalled the leaving of Somerset as we then glided into Devon. There were conspicuous medical marshals on motorbikes throughout the route and bicycle maintenance was also provided by Ralph Coleman Cycles from Taunton.

After about 20 miles the course went through the middle of Cullompton on market day, but apart from that it was rural scenery all the way. The route flirted with the M5, for a while passing over the motorway and back on a couple of occasions, but the only feed station at Broadclyst after 28 miles soon came around. It was based in a school canteen, but I was amazed by the choice of food on offer. There were over 20 different choices of foods including sandwiches, bananas, pasta pots, Devonvale cake bars, energy gels, crisps, cupcakes, nuts, sweets, pork pies and sausages. No rationing, just dig in for all you could eat and carry. Tables and chairs were also provided, along with hot drinks, and it was clear that some diners would take a bit of motivation to get back on the road.

With over 20 different food options the Taunton Flyer puts in a strong bid for the Best Catered Sportive award. 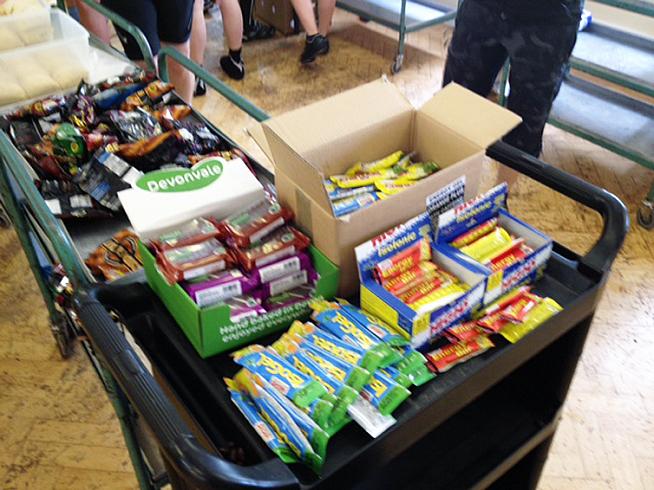 Energy gels were also on offer for those whose training plans don't allow pork pies. 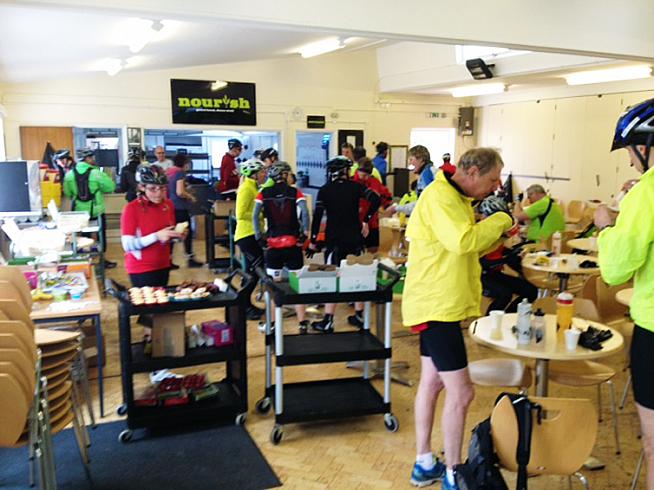 The second half of the route soon turned back towards home, and the road gradually turned ever so slightly uphill before the major climb of the day onto the Blackdown Hills, a designated area of outstanding natural beauty. This climb, on Greenway Lane, was a killer - no more than a mile long, but up to 17% in places. I almost threw in the towel, but the top came about the same time as I was about to reach my limits. Once at the top the route flattened out again and went past the drag racing, which was loud although you couldn't see the cars from the road. The only order of business then left to complete was a descent back down to the racecourse and across the finish line after a total of 1368 metres of climbing. 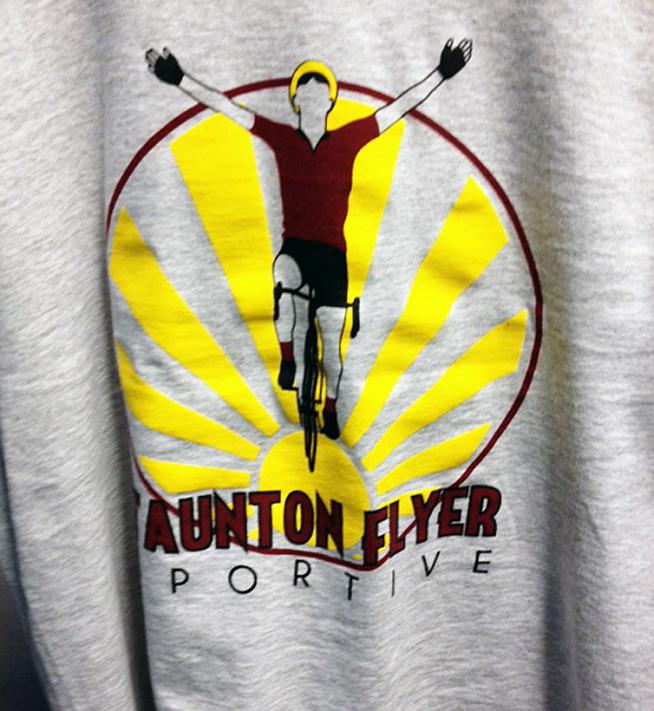 I rode the Taunton Flyer and all I got was...

At the finish I had to check in with the officials and then type my rider number into a computer. This gave an instant printout of my time including the split with the feed station. The pre-ride briefing sheet had promised a medal and T-shirt for every finisher, so I was a little surprised to be told that I hadn't gone round fast enough to earn a medal but I could still claim a T-shirt.

This was at odds with the briefing sheet and also the verbal briefing that had emphasised that it wasn't a race. It also had the potential to take the edge off the sense of achievement in completing the course. Apart from this minor misstep everything else about the Taunton Flyer was organised very well - although, at £35 for the longer route and £30 for the shorter route and/or vintage bike, it was towards the top end price for a sportive of this nature.

The Taunton Flyer is run by Just Events. Check out their next ride, the Moor 2 Sea Sportive on 5 September 2015.