Definitely not a sportive, the Dunwich Dynamo is nevertheless one of the 'must ride' events of the summer calendar for many cyclists. 2017 sees the 25th edition of the annual 200km night ride from London Fields in Hackey to Dunwich on the Suffolk Coast.

The Dynamo is an unsupported ride that gets bigger every year. From its origins in 1992 when a handful of riders took part to the nearly 2,000 riders in 2012, the "Dun Run" or "DD" as regulars call it, is becoming more and more popular. It is roughly 200km, although we are told by a recent rider that his Garmin recorded it as 193km.

The DD is always held on the Saturday night/Sunday morning nearest to full moon in July. This is to ensure riders have the maximum amount of moonlight to ride in. The event starts at the Pub in the Park in London Fields with riders leaving between 8pm and 9pm; most get to Dunwich between 7am and 9am, ready for a quick swim in the sea or a pint in the village pub, The Ship Inn.

Riders can buy a route map for the bargain price of £1 but the route is so busy that you can pretty much get by just following the red lights of other cyclists. Riders of all levels of abilities do the Dunwich Dynamo and it is very much a friendly ride rather than a super competitive one. There isn´t too much climbing either and someone in 2011 even finished it on a Boris Bike.

There is no official feed stop planned for 2017, but because of the quantity of riders on the DD there are now a lot of people with pop up stalls in their front gardens, so remember to bring money to pay for it. There is no mechanical support of any kind so bring plenty of inner tubes, a pump etc. And don't forget to bring lights...and spare batteries if you´re not using a dynamo.

Southwark Cyclists lay on return coaches for riders with trailers for bikes but they have to be booked in advance. The places sell out every year and have a big waiting list so reserve your place early. Tickets are now on sale at southwarkcyclists.org.uk.

If you don´t get a place you can either ride back to London or ride to Ipswich, which is 50km away, to get a train home.

This is one of the classic rides of the British summer calendar and the original night ride that is now being copied by so many others. Read Oisin Sands' ride report from the 2014 Dunwich Dynamo.

Don't talk loudly when going through small villages in the middle of the night.

And please don't drop any litter, especially gels...the organisers rely on the goodwill of locals and dropping litter could genuinely threaten the future of the DD. 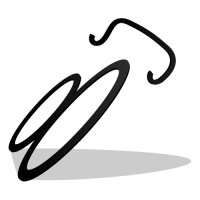