Entries are now open for the Amstel Gold Race sportive 2023.

Held on Saturday 15 April 2023, a day before the pro race, the Tourversion Amstel Gold Race offers cycling fans a unique chance to experience the only Dutch edition of cycling's Spring Classics. 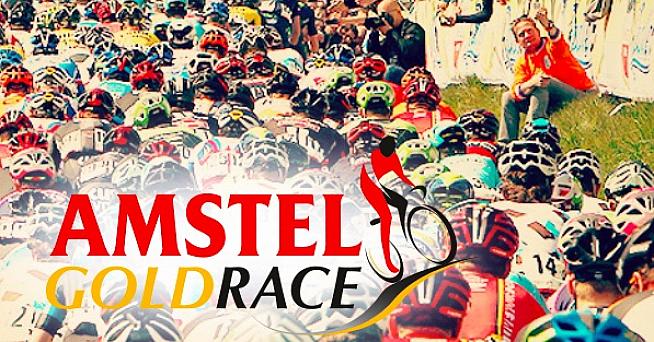 Entries are open for the 2023 Amstel Gold race sportive.

Starting with the Omloop Het Nieuwsblad (25 Feb 2023) and climaxing with Liege-Bastogne-Liege (23 April 2023), the Spring Classics herald the traditional start of the cycling season in a riot of Belgian beer, bergs and of course the legendary cobbled pavé over two months of glorious, action-packed racing.

For many fans, the season's highlights are another couple of rides you may have heard of: the Tour of Flanders (2 April 2023) and Paris-Roubaix (9 April 2023).

Most of these races have sportives attached, allowing amateur cyclists to ride the same roads the day before the world's elite professionals - and enjoy a long weekend in some historic European cities and regions at the same time.

Entries for 2023's Classics sportives are launching around this time of year, with registration currently open for Flanders, Liege-Bastogne-Liege and now the Amstel Gold Race.

A sportive edition of the Amstel Classic, known as the Tourversion Amstel Gold Race, takes place on the Saturday before the men's and women's pro race.

Starting in the picturesque town of Valkenburg, near Maastricht in the Netherlands' deep south, a choice of six routes are on offer. They range in length from 65km to a whopping 240km - a tall order at this early stage in the season, with around 3700m of climbing.

There are 15,000 places available on the sportive, so it's a big one. Entry is via a ballot which remains open throughout October. Places will be allocated randomly at the end of the month, with the entry fee of €55 only payable if you're successful in getting a place.

If you're reading this after October when the ballot has closed, corporate entries may still be available - see the event website for details.

There are also usually package deals on offer (usually including entry and accommodation) with cycling tour operators such as Sportive Breaks.