September's here and temperatures are dipping - but that doesn't mean it's too late to plan a cycling trip!

Autumn can be a glorious time to cycle in the UK, and if you're looking for inspiration a new film short from globe-trotting cyclists Mark Beaumont and Markus Stitz will hit the spot.

The pair have teamed up with Jenny Graham, the fastest woman to cycle around the world, and filmmaker and photographer Maciek Tomiczek to explore the boundary of Scotland's Adventure Coast. Their journey is beautifully captured in a new 14-min film 'Explore Your Boundaries - Argyll and the Isles', which has just been released on YouTube.

The 500-mile (800km) route explored in the film is a key feature of Wild About Argyll's Pedaddling initiative.

Led by Argyll & The Isles Tourism Cooperative with funding from VisitScotland, Pedaddling aims to showcase the wealth of people-powered adventures available to the novice and the enthusiast across the breadth of Argyll and the Isles - all within easy reach of the buzzing city of Glasgow by public transport.

The film was produced with additional support from Schwalbe Tyres UK, and sees the three adventurers using their gravel bikes as well as ferries and boats to travel along the boundary of Argyll and explore its rugged coasts and beautiful scenery. 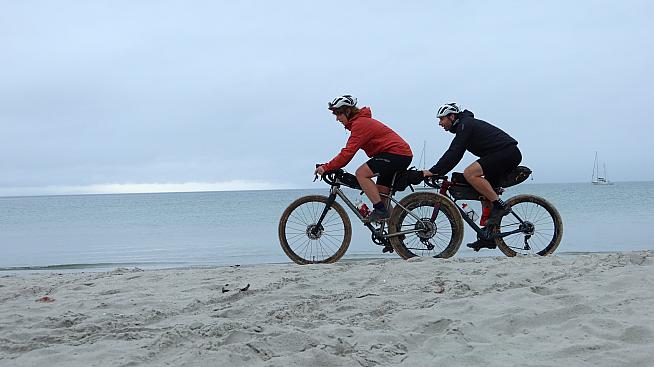 Mark Beaumont commented: "I love the idea behind Explore Your Boundaries; you don't need to go far to find adventure - and that is surprisingly true of Argyll, sitting immediately to the west of Glasgow.

"This was a much longer route than our rides in 2021. The rugged Argyll coastline and the Inner Hebridean islands were perfect to showcase opportunities to find new routes to inspire people to get out. We are spoilt for choice in terms of places to go in Scotland, and I want to give people the quiet confidence of getting out there and having adventures themselves, to appreciate wild spaces and get a new understanding of what's on their doorstep."

Jenny Graham commented: "It was exciting to be joining Mark and Markus to explore the boundary of Argyll and the Isles. I think it's the perfect concept to showcase the adventure potential available from your doorstep.

"We were using Scotrail's Highland Explorer carriage and Calmac ferries for part of our journey, which made getting to and cycling in the wild and diverse area of Argyll all the more accessible.

"Each time I adventure in this area I'm left with the feeling that I've only just scratched the surface." 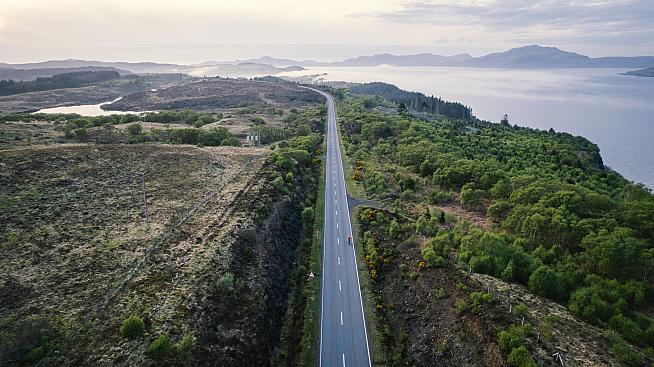 The road to Tobermory on the Isle of Mull. Photo: Markus Stitz

The three round-the-world cyclists cycled the boundary of Argyll in three 'chapters'. Mark Beaumont and Markus Stitz kicked off their adventures in May with a boat ride with Venture West from Crinan to the northern end of the Isle of Jura, cycling on gravel tracks and 'The Long Road' along the island's rugged east coast to Craighouse, and on to the ferry from Feolin to Port Askaig.

After a loop on Islay, including a visit to Bunnahabhain Distillery and Finlaggan, the Centre of the Lordship of the Isles, they continued their journey with Calmac Ferries via Colonsay to Oban, and from there to Tobermory on the Isle of Mull.

While the original plan was to cycle on Coll and Tiree on the third day, high winds meant that both cyclists couldn't travel to the smaller islands. The great gravel tracks and quiet coastal roads on the Isle of Mull offered a great alternative, and Mark and Markus finished the first chapter by taking the ferry back to Oban. 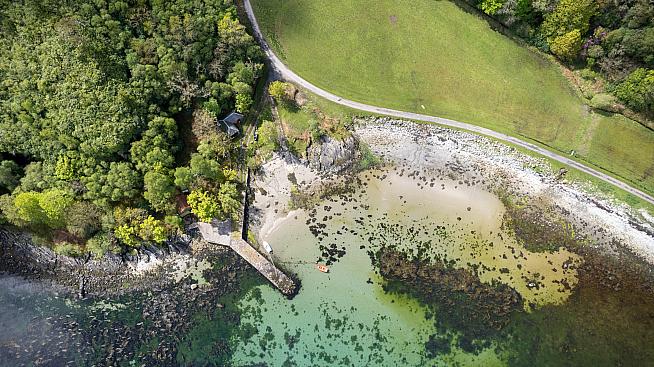 Small beach on the Isle of Jura. Photo: Markus Stitz

The second chapter of 'Explore Your Boundaries - Argyll and the Isles' took Jenny Graham and Markus Stitz from Dunoon on the Cowal Peninsula to Helensburgh, bikepacking parts of the Wild About Argyll Trail and Dunoon Dirt Dash routes. From Helensburgh the two cyclists put their waterproofs to a proper test, riding in at times torrential rain on the John Muir Way and Sustrans Lochs and Glens North route to Balmaha, before crossing Loch Lomond by water taxi.

From Luss their journey took them along the western shore of the largest lake in Great Britain by surface area, and on the West Highland Way to Crianlarich. After drying all clothes at Crianlarich Youth Hostel they continued on the third day to Tyndrum, and from there through Glen Orchy to Dalmally. Scotrail's Highland Explorer train took both cyclists to Connel Ferry, from where they cruised to Oban to enjoy a glorious Argyll sunset.

The third chapter of the film involved all three cyclists, accompanied by filmmaker Maciek Tomiczek ('What Would Mary Do?'). From Cairnbaan they enjoyed their journey along the Crinan Canal and a sunset swim with Dan the Merman, a local wild swimming and snorkelling guide.

On the following day they continued along the Knapdale & Kintyre coasts to Tayinloan, and with another Calmac ferry to the Isle of Gigha. From Gigha they carried on along the Kintyre 66 route to Southend at the Mull of Kintyre, and then along the Caledonia Way from Campbeltown to Tarbert.

After another ferry and breakfast at Portavadie Marina they continued along Argyll's Secret Coast to Colintraive, and around the Isle of Bute to Rothesay, to finish the ride on the Canada Hill serpentine road. 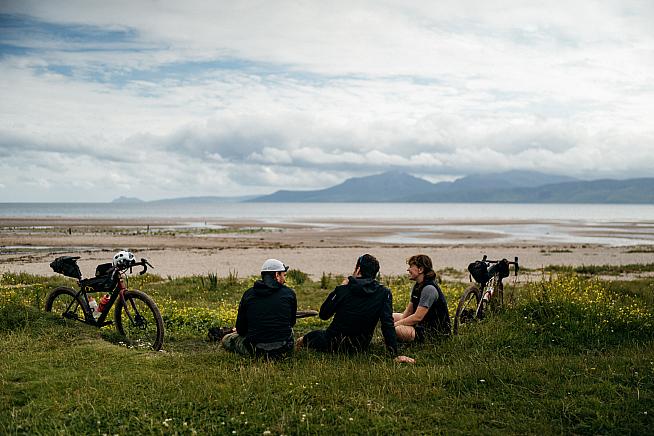 Cathy Craig, CEO at Wild About Argyll, said: "Appetite for the great outdoors grew massively during lockdown with bike, SUP and wetsuit sales rocketing. This summer, we created Pedaddling to encourage everyone to leave the car behind and enjoy people-powered adventures in stunning locations on Scotland's Adventure Coast. And as you'll see from the film, Mark, Jenny and Markus are the perfect people to showcase what is on offer on Glasgow's doorstep."

David Adams McGilp, Regional Director VisitScotland, said: "Every year tens of thousands of visitors come to Scotland to explore our country by bike, including the stunning scenery and coastline around Argyll & Isles, and we expect this epic journey will inspire many more. There's no better time to celebrate the power of the bike, as we countdown to next year's UCI Cycling World Championships taking place in Glasgow and across Scotland."

The film is available to watch with English and German subtitles on YouTube, and the full route can be found on the Wild About Argyll Komoot channel.

More cycling routes and information can be found at wildaboutargyll.co.uk/see-do/pedaddling.