The Evans story began in 1921 when Frederick W. Evans opened his first store on Kennington Road in south east London.

Trading from this site for thirty years the brand built a strong reputation as a trusted local bike shop and manufacturer, and business slowly began to grow.

Fast forward to 2021, and Evans Cycles is now one of the biggest names in bikes with over 50 stores across the country, employing over 700 store staff and mechanics helping Britain's cyclists 'Enjoy the Ride'. 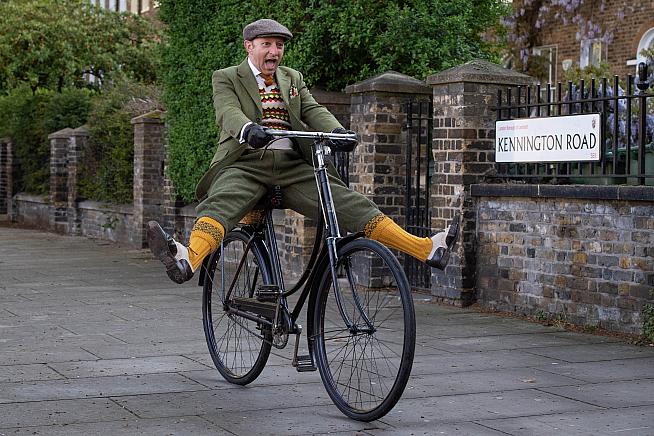 Centenary activities are planned for the rest of the year, starting today with stores across the country being dressed to acknowledge the milestone.

Head of Retail, Matthew Atkinson said: 'The team here at Evans Cycles are absolutely thrilled to celebrate our 100th anniversary. Serving millions of riders of all shapes, ages and disciplines over the past century, Evans Cycles has truly become a central pillar of cycling in Britain.

"Having first joined the business as a sales assistant on the shop floor over a decade ago, I'm so proud to have been part of the journey and can't wait to help more customers 'Enjoy the Ride''.

Team GB Olympic Champion Cyclist Sir Chris Hoy added: 'It's not often that a brand celebrates 100 years in business. As a long time distributor of HOY kids bikes, I've worked closely with Evans Cycles to help inspire the next generation of riders.

"Whether that's future Olympic champions, or those that simply want a greener, healthier way to travel, brands like Evans Cycles play an important role in helping them get there. Here's to the next 100!"

Evans Cycles made the news back in March when over 300 job cuts were announced - representing a significant reduction in its workforce of some 800 staff.

At the time Ashley warned that many stores would need to close to save the business.

"We are pleased to have rescued the Evans Cycles brand," said Ashley in 2018.

"However, in order to save the business we only believe we will be able to keep 50% of stores open in the future. Unfortunately some stores will have to close."

While Evans did close some stores they also opened at six new locations in 2020, including stores in Sutton and Birmingham.

Evans Cycles also used to run a popular programme of sportives. The Ride It series, which featured road and gravel sportives around England, Wales and Scotland, was discontinued in 2020 with no apparent plans for revival.