Northern Ireland has scrapped a law that required cyclists using e-bikes to hold a moped licence, register and insure the bike and wear a helmet.

The move comes into force today (May 13) and brings Northern Ireland into line with the rest of the UK, where e-bikes are exempt from the restrictions covering motorcycles as long as they comply with certain requirements restricting their power and speed. This means they can be ridden by anyone aged 14 years or over, anywhere that ordinary bicycles are allowed.

This exemption had not been implemented in Northern Ireland before the Assembly was suspended in 2017, so anyone riding an e-bike was legally required to hold a moped licence, register and insure the bike and wear a crash helmet. Failure to comply with these rules left riders liable to a fine of up to £1,000. 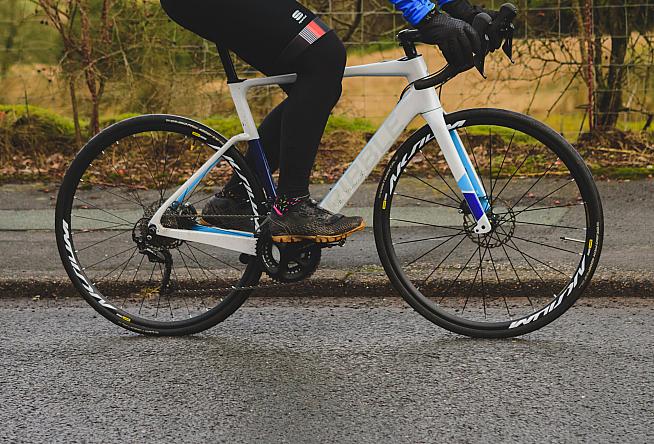 Joshua Murray, Cycling UK engagement officer for Northern Ireland, commented: "This is a long overdue and most welcome announcement. At a time when we are all looking for safer and healthier alternatives to public transport, removing these regulations on e-bikes will make cycling accessible to many more people.

"E-bikes that meet the legal requirements for exemption are a safe and enjoyable way of getting around, which take the sting out of hills and allow people to get to work without running out of puff. Cutting this unnecessary red tape will help to ease pressure on public transport and reduce vehicle traffic while allowing social distancing, and provide a welcome boost to local cycle retailers."

Rachel Woods, Green Party MLA and chair of the All Party Group on Climate Action, said: "I'm glad this situation is now rectified after years of frustration and annoyance for owners of e-bikers.

"Most e-bikes have been gathering dust, with owners fearful of a £1,000 fine and six penalty points if bikes were taken onto the road. The Green Party NI has worked extensively with e-bike owners on this issue and after a lack of progress during the Stormont stalemate I'm pleased that the Minister has taken action.

"The Executive must now do everything possible to promote active travel, and closing the gap around e-bikes and road legality is an important aspect of that."

Last week, Northern Ireland Infrastructure Minister Nichola Mallon announced the appointment of a new walking and cycling champion, with a brief to increase the space available for pedestrians and cyclists. In today's Assembly sitting, Mallon said she is hoping to make announcements in the coming days in relation to temporary infrastructure measures and called for cross-party support.

During the hearing of the new legislation, Chris Lyttle MLA (Alliance Party) paid tribute to Tom McClelland, a member of CTC (the former name for Cycling UK) and Right to Ride campaigner who worked on a number of Northern Irish cycling issues, including e-bikes, before his death in 2014.