The UCI yesterday revealed its revised race calendar for 2020, following the disruption caused by the ongoing coronavirus pandemic.

With new dates now set for almost all the season's major races, including the Tour de France and the major one-day classics, what do we know about the sportives associated with those races? 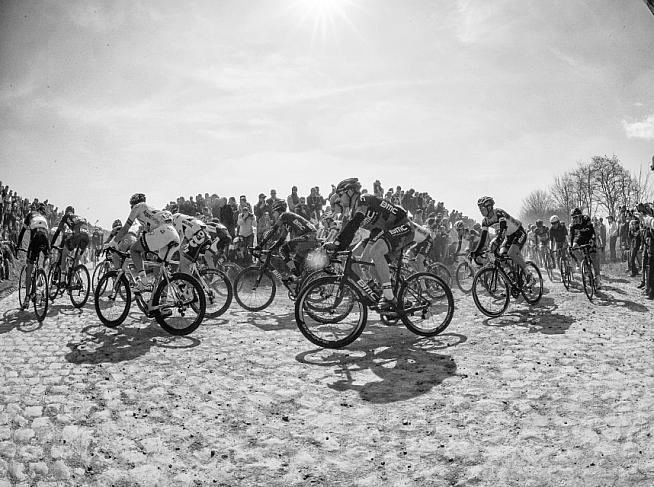 The pros are set to tackle the cobbles this October. Will sportive cyclists be joining them?

Some events, like the ever-popular Prudential RideLondon 100, remain unchanged. This year's RideLondon sportive is set to go ahead as planned on 16 August.

As for the Spring Classic sportives postponed in recent months, nothing has been officially announced as yet. But with the new race dates now revealed it's possible to make an informed guess.

The likelihood is that organisers will aim to schedule the sportive versions of major Spring Classics like the Tour of Flanders, Liege-Bastogne-Liege and Paris-Roubaix the day before or after the pro race, as usual.

If that's the case, it would mean that this year's "Autumn Classics" season would kick off with Liege Bastogne Liege on the weekend of 3-4 October.

The Amstel Gold Race and Gent-Wevelgem would follow on the weekend of 10-11 October.

As regards the Amstel Gold Race, the organisers have now confirmed that the sportive - known as the Tour Version - will take place on Sunday 11 October, the day after the pro race.

This year's Tour of Flanders has been rescheduled for 18 October, suggesting a date of Saturday 17 October for the sportive were it to go ahead on the same weekend.

Finally, Paris-Roubaix has been set for 25 October (clashing with the final stage of the rescheduled Giro d'Italia); this suggests a likely sportive date of Saturday 24 October 2020.

Il Lombardia will as usual conclude the Classics calendar, with this year's race scheduled for 31 October. The official sportive, Granfondo Il Lombardia is set to take place three weeks earlier on Sunday 11 October 2020.

Here's the full calendar as published by the UCI yesterday:

Of course, it's important to stress - as the UCI remind us in their statement - that the calendar remains subject to further change as events unfold over coming months.

But amid the ongoing uncertainty, it's good to see a glimmer of light at the end of the tunnel. We'll keep tabs on any announcements regarding sportive dates and update our calendar as soon as details are confirmed.

You can see the full revised race calendar, including news of a new women's Paris-Roubaix race, at the UCI website: www.uci.org.