Ironman owner moves into cycling with acquisition of Velothon brand

The Chinese group that bought Ironman last year and was rumoured to be sizing up cycling's crown jewels looks set to become a player in the sportive and granfondo scene.

Wanda Sports Holding is taking control of Lagardère Sports, which began with the Hamburg Cyclassics in 1995 and now has Velothon rides in Berlin, Wales, Copenhagen, Stockholm and Stuttgart. 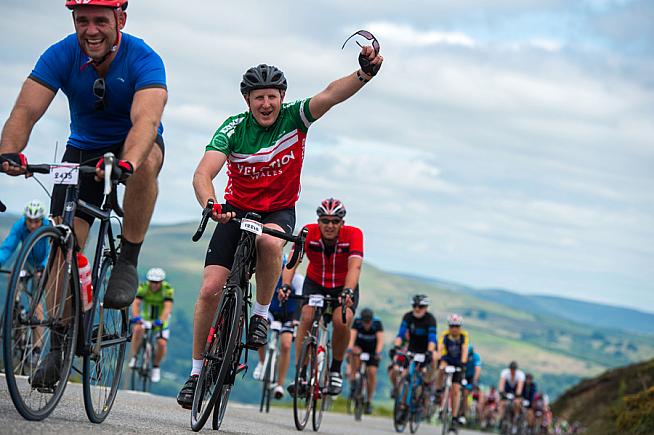 Velothon Wales returns for a second edition in 2016.

"These iconic events, and the teams that have created and managed them, will further strengthen our position in triathlon, expand our portfolio in running, and establish ourselves in cycling," he said.

Cue jokes about bike handling by triathletes and the Velominati's Rule #42.

In December, breathless headlines had billionaire Wang Jianlin, boss of Dalian Wanda the parent of Wanda Sports Holding, taking control of all three Grand Tours through the purchase of RCS Sport and the Giro d'Italia, and ASO, the owner of the Tour de France and La Vuelta as well as countless Classics and other races.

That idea was pretty well debunked by Canadian Cyclist, which tracked down the origin of the story to a single sentence in an Italian financial paper. While it still might happen — who knows — it does seem unlikely that ASO would have started the current spat with the UCI if a takeover was imminent.

The Velothon events feature closed roads and professional timing with an open race for up to 14,000 cyclists followed by a UCI-sanctioned pro event on the same course straight afterwards.