My personal experience of the Black Rat sportive 2021 was the very definition of "failing to prepare is preparing to fail". This was in complete contrast to the organisation of the event which succeeded in the face of Covid restrictions, flooding and mad May rainfall.

I've ridden the Black Rat for the last seven or eight years with the exception of the cancelled 2020 edition due to Covid-19. When I first rode it was based in Portishead, North Somerset. The town that gave its name to the 90's Trip Hop pioneers. The route went down through the Mendips similar to a lot of South-west sportives. In subsequent years the Black Rat relocated a handful of miles further north into South Gloucestershire, initially near to The Mall Shopping Centre and in recent years to Marlwood School in Alveston.

The base at the school enables the Severn Bridge to be reached and traversed in about five miles with the majority of the event taking place in Wales around the Wye Valley and up Gospel Pass in the Black Mountains which is the highest road pass in Wales. The route for 2021 was originally designed with this course in mind but the Welsh government in the Senedd had other ideas. There was a ban in Wales on mass participation events of over 50 miles so the curse became an English only affair heading in a loop up to Gloucestershire and back.

Unfortunately, the weather in the lead up to the day was constant rain which resulted in a decision on the morning to cancel the Gran fondo route due to flooding. I was told the route had been ridden a few days prior to the event and also driven the day before and that safety was obviously a key factor.

The route cancelation did not affect my own ride. Although I have ridden the Gran fondo in previous years an assessment of my training meant I had plumped for the Piccolofondo this time around. My preparation had been dominated by a childcare regime for two children aged 5 and 2 years to the extent that I had not been on my bike in the previous six months. I had been out running twice a week but even then I was 4-5 kilos heavier since the start of Covid. I was trying to look at it as an extended tapering. The cherry on top of the cake was picking up a virus (no not that one - from my two year old son at the start of the month which I could not get rid of. It involved feeling of lethargy interspersed with coughing up green phlegm. Nevertheless, I convinced myself that everything would be fine and it was a good time to get back on the bike.

Registration for the event could be completed at the schoolbetween 12-3pm the day before (Saturday) in order to avoid delays on the day. There was also a new option this year toregister on the Friday between 3-6pm at Haiko Cycling (formerly Mike's Bikes) in Portishead. I was happy to register on the day as gates opened at 7.15am but Piccolofondo riders weren't due off until 9.30am at the earliest.

The forecast for Sunday 23rd May was one of dry, dull skies until some rain due in the early afternoon. I convinced myself that I could scoot round and be home before the skies opened. I think some others had a more pessimistic view because apparently there were several no shows on the day.

I arrived just before 9am and there was ample parking, which is always the case, even with a full house. There was no queue for registration so I collected my branded face mask, transponder, cable ties and handlebar number and got ready for the off. 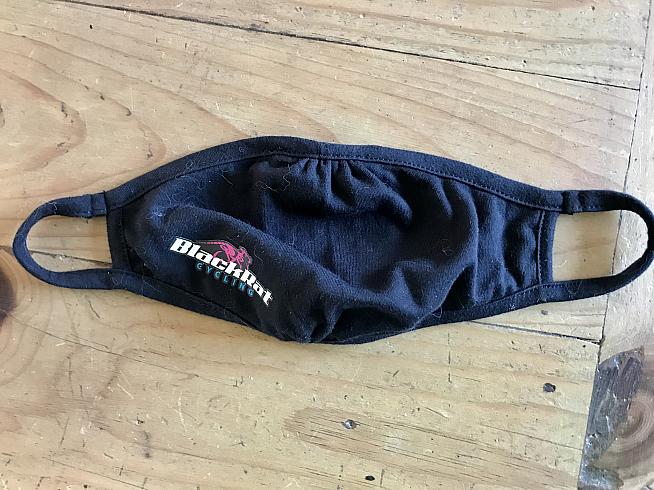 The plan laid out in the pre-race briefing on the website (www.blackratcycle.co.uk) stated that Piccolofondo rider would start in groups of 25 every two and a half minutes so everyone would be on the road by 9.50am. In fact when I lined up at 9.30am I was told I was the last one to set off. Apparently there had bene some no shows on the day primarily due to the weather forecast.

I set off, riding within myself, but immediately went the wrong way and added an extra four miles onto the route. I wrongly thought someone had told me to go left out of the gates. I later released that there were two exit gates out of the school. I took the wrong one with no signposts and cycled into nearby Thornbury. I was perplexed because the signage for the event is usually spot on and my garmin was telling me I was on the route. I stopped and gathered my thoughts. I realised I was on the final part of the route when I looked back and saw some signs in the opposite direction. I retraced my steps back to the start (up a small hill) and then saw there were clear arrows on the second exit pointing right.

I set off again. If was the last one on the road I was now at least twenty minutes behind everyone else. However, I soon met a couple of Sunday morning riders going in the opposite direction who asked me what the event was all about. They raised my spirits by telling me I wasn't too far behind some of the other riders.

The first part of the route was a joy. Dry weather, mostly flat with no hard climbs easing through village after village of the Gloucestershire countryside without a care in the world. Everything seemed to be going to plan for the first 20 miles and then the wheels came off metaphorically speaking. The route went via Berkeley and onto Dursley.

Firstly the rains came. Not too hard at first, allowing time to don my wet weather top. Then harder with an associated stronger winds. I was found out on the first climb of the day up to Nympsfield unable to complete the very steepest section on the bike.

Thankfully, the feed station was a welcome sight shortly afterwards. There were even some other riders there as well. The menu features ginger cake, crown pastries, jaffa cakes, pretzels and all the bananas you could eat. Rather than the usual buffet style I gave a verbal o0rder and it was bagged up for me to eat away from the table. Water and energy drinks were also on offer. 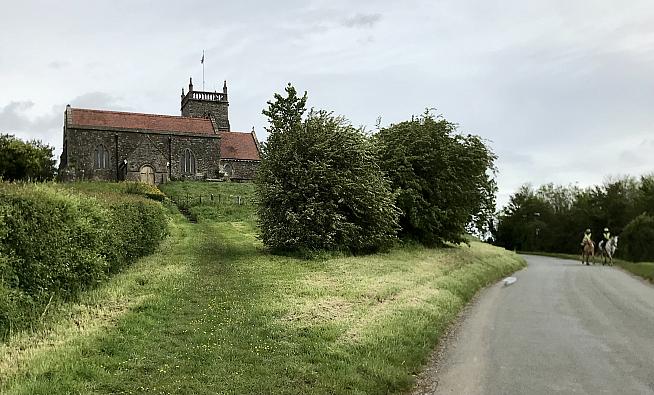 It was uphill all the way on the road after that but downhill form my performance. I was softened up by the climb out of Stroud including one or two pause to pull myself together. Minchinhampton Common was a low point. Fairly high up and totally exposed, the wind and rain were blowing me from side to side and it seemed an age until I made it to the shelter of the tree line.

There was then a descent to Nailsworth but the climb to Wotten-under-Edge was the final nail in my coffin. Although I had been eating and drinking throughout the ride I felt like I had no energy left with just over ten miles to go. I don't believe I "bonked" I think it was just the lack of training and conditioning that found me out. Ten miles doesn't sound much but with the rain falling continuously and my small box of matches all burned I was pedalling thee proverbial squares along with feeling pretty cold. I climbed at a bus shelter on the outskirts of Wotten and rang the emergency number on my mobile.

The organisers were going to send someone out from base to pick me up but one of their number happened to be passing and scooped me up into his car. It turned out to be Matt, owner of the aforementioned Haiko Cycling shop. He looked after me and I knew I had made the right decision as the journey back past other riders seemed to go on forever. We discussed the shortage of components worldwide and the fact that Shimano only had two factories which was a surprise to me.

Once back at base Matt took my transponder and I was free to head for home and warm up. There were 641 riders signed up for the event with 344 aiming for the Granfondo, 212 for the Mediofondo and 85 for the Piccolofondo route that I took. Overall, a somewhat chastening experience for me but another success for Black Rat who beat Covid and the weather to get the event on.