Testing the body's limits, British style - it can only be hill climb season!

Yes, that's right, we're well into hill climbing season. The ignoble and daft exercise of lining up at the bottom of a hill you spent most of the year avoiding to push watts and hernias to reach the top - hopefully with a PB, bragging rights and, possibly, some prizes.

The Sussex Nomads CC's annual hill climb came and went with titters of excitement and dread. The club cycles out of Ditchling in the south east, and is fortunate enough to have the mighty Ditchling Beacon on the club's doorstep.

The Beacon is the third-highest point on the South Downs and was featured as a category 4 climb in the 1994 Tour de France and again as part of the 2014 Tour of Britain. The specs are: 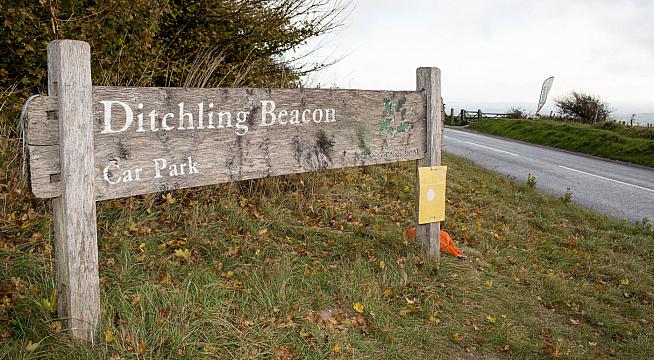 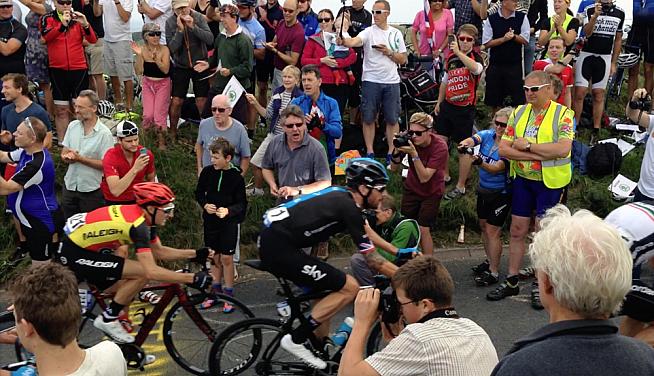 Bradley Wiggins reaches the summit of Ditchling Beacon on the 2014 Tour of Britain. Photo: Oisin Sands

Being five miles from the Beacon, I spent a couple of sessions slogging up and down learning how to cycle the hill strategically and formed my battle plan.

Ditchling Beacon: the most famous peak on Brighton's Alpes Maritimes.

All through the week, the (usually) semi-reliable Met Office was indicating good weather for the night before and the day of the hill climb - clear, although a tad chilly.

The day before, I cleaned the bike, adjusted tyre pressure and carb loaded.

Elsewhere, nerves were also running high on the Nomads' Whatsapp group. There was even a report of a Mini reserving prime viewing position the day before, having run off the road and getting lodged in a tree halfway down the hill!

Clearly, anything could and would happen... This was best exemplified by the weather: across the Saturday night through to the Sunday morning the heavens opened and it chucked it down.

The day's arrived and turning off the alarm isn't an option

Getting up Sunday morning, the roads were wet and it was cold (although, TBF, the skies were clear). Cycling down to Ditchling Village Hall (race HQ) I started being overtaken by cars with bikes on the back and meeting other cyclists, clearly out warming up the legs and trying to keep themselves warm generally!

A friendly shout of 'good luck' passed between those who knew each other and a respectful acknowledging nod passing between those brave and foolish warriors soon to meet upon the battlefield to decide who reigned supreme for the next year.

I need to go back and look at my energy strategy for next year. The plan was to eat heavy the night before, wake up full and fuel with a light top-up, grazing on nuts and a bit of fruit. I woke up hungry though, so the light graze didn't seem enough. Right before leaving HQ to start the hill climb I bummed a gel, which wasn't a good idea. 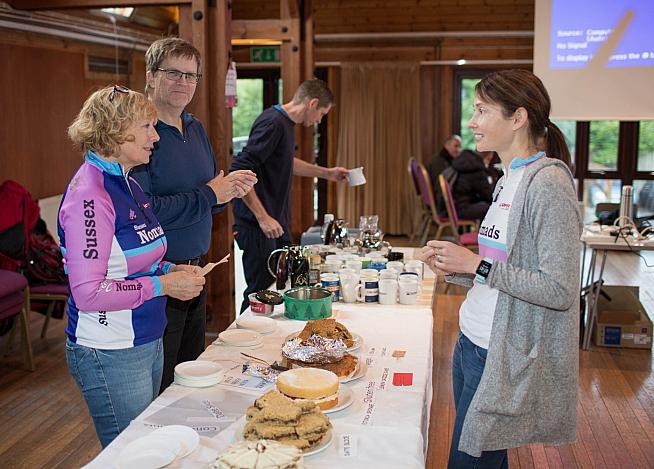 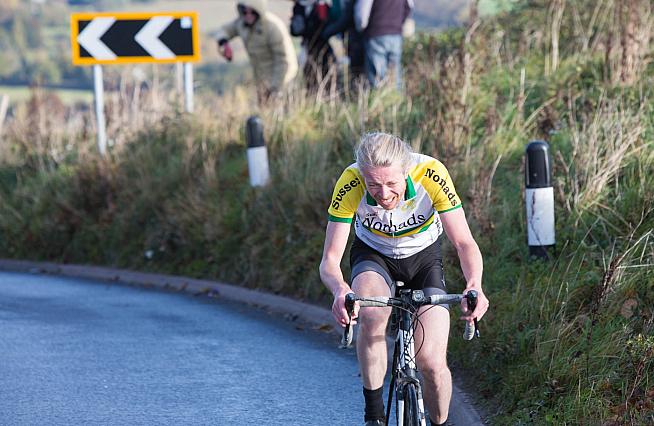 Helmet sacrificed on the altar of weight-savings. Photo: James Hedley

I had my heart set on a new PB. Through my effort I partially stuck to the plan and partially improvised - bloody hard to stick to the plan when cyclists are whizzing down the hill cheering you on and friends, clubmates and spectators are cheering from the roadside. One of the marshals was even ringing his Swiss cowbell - yodelleh hee hoo!

Sadly, earlier in the year, when I was cycling 200 miles a week, I hit my PB of 5:53 and only managed a 5:56 on the day. I didn't win a single category and even lost a bet with a friend - he happily messaged me when he found out both our times: 'I'll have a Guinness please'!

Getting back to HQ, there was a smorgasbord of cakes and vats of tea to warm the soul. The atmosphere as results came back in and as awards were presented was great! Everyone swapping stories on what went well and what didn't.

Naturally, there were some standout results. Naturally, mine wasn't. The overall winner managed a blinding 4:30. A new category has been proposed for next year - the novelty category - as one chap conquered the hill on a heavy Boris bike! 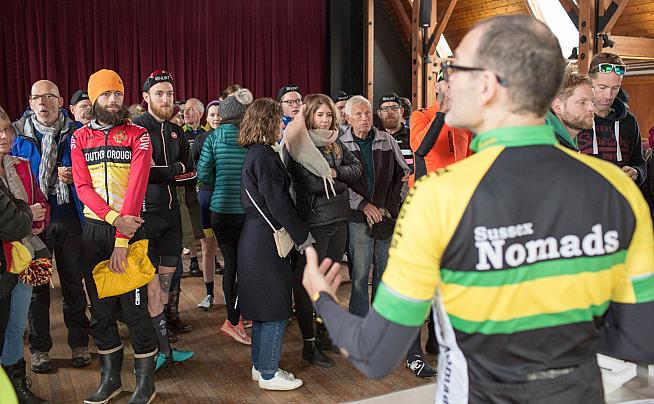 The Nomads put a tremendous amount of energy into organising and promoting the hill climb. Of a total 120 spots, 119 people were happy to give up their Sunday morning. There were also some really spiffy prizes donated by local businesses, including the infamous Hunt wheels!

Now with this year's winners and not-so-winners decided, it's time to head back to whatever dark corners we all emerged from, review the strategies and hope for next year. Oh, and spend from now to September sensibly avoiding hills!

Thanks to James Hedley for the photographs - jameshedleyphotography.pixieset.com.