Jole Rider Cotswold Sportive: Paul has his eye on the pies

The second Jole Rider Cotswold Sportive took place on Sunday 25th September but there was no sophomore slump at this event.

Once again the base for the ride was the spectacular and grandiose setting of Westonbirt School. Situated in the Cotswolds countryside near Tetbury, the school has the appearance of the quintessential 'country pile'. The imposing gateway at the road entrance led onto the driveway and first sight of the school surrounded by acres of land. There was plenty of parking in the adjacent field with marshals directing operations. 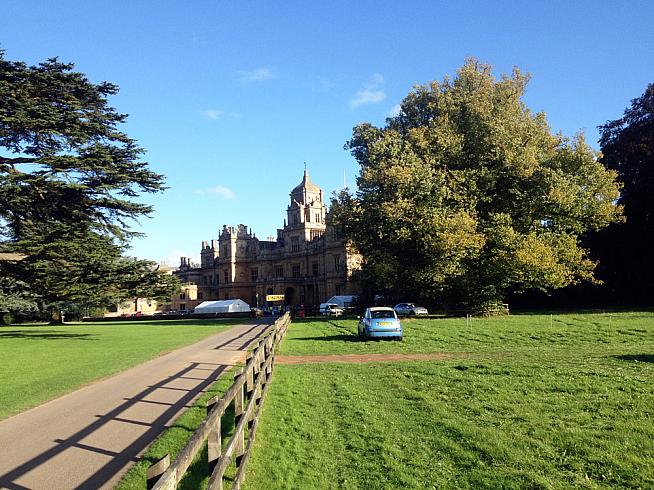 Registration was in a tent immediately in front of the school and it was obvious that lessons had been learned from the inaugural event and improvements introduced. The previous year the whole process had been a bit disorganised and convoluted. This time around the registration form was emailed out with the pre-ride briefing pack so it could be filled out in advance if desired. Even without that innovation the simplification of the procedure meant that there were no queues at all. GPS downloads were incorporated in the pre-ride email but a map and briefing notes were also handed out with the handlebar number and cable ties. 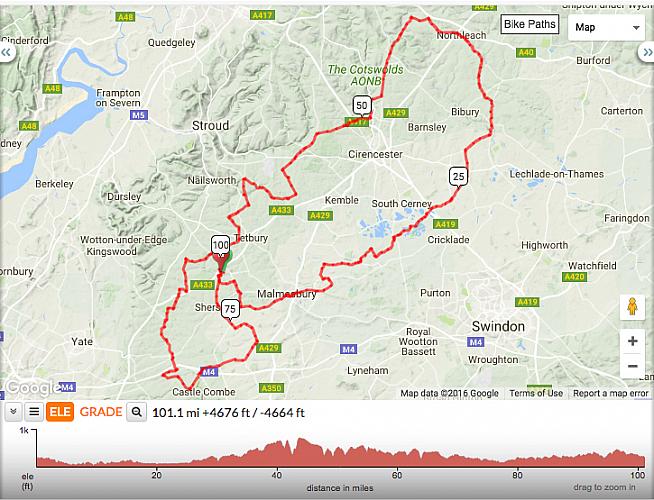 The 100-mile route takes in country roads and over 1 800 metres of climbing.

There was a Bike Shed tent at the start with a full array of cycling equipment and clothing for any last-minute purchases. The toilets for the event were inside the school although cleats had to be removed.

Briefing at the start was short but comprehensive so no one was kept hanging around. There wasn't any electronic timing but you had to sign in at each feed station en route. Everyone who did so had the added incentive of being entered into a free prize draw for a trip to Barcelona.

I was all in for the 100 miler which was the 70 and 30 mile courses combined. The route split with the 50 mile course was less than a mile after the start. I had been told that the 70 mile course was slightly easier than last year and the 30 mile a little harder. I don't think there was much in it but once again the route was well thought out. Although the weather was dry apart from an odd short shower there was a persistent wind throughout the day which probably made things seem harder than they were.

The ride was almost exclusively on country lanes and through Cotswold villages, although we went through the narrow old streets of Malmesbury town in the first few miles. There were plenty of riders from the nearby Sherston Cycling Club taking part and I latched on to the back of one group up to the first feed station at 37 miles. It wasn't pan flat but there were no major hills. I spent most of my time just trying to hang on to the back of the group as they were going ever so slightly faster than my usual pace. I yo-yoed on and off but still had time to enjoy the scenery. 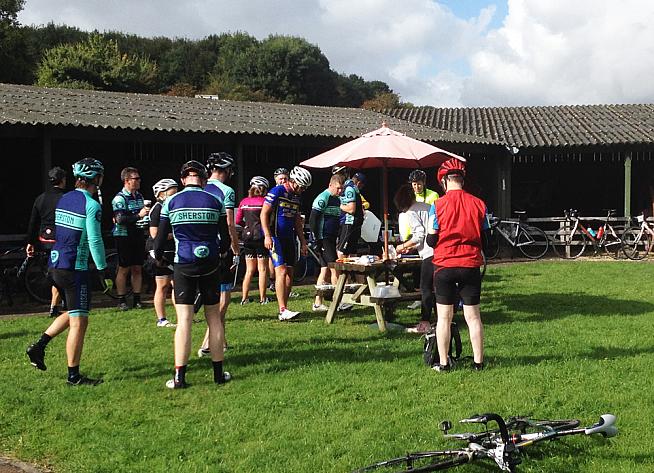 Hungry riders at the trough. 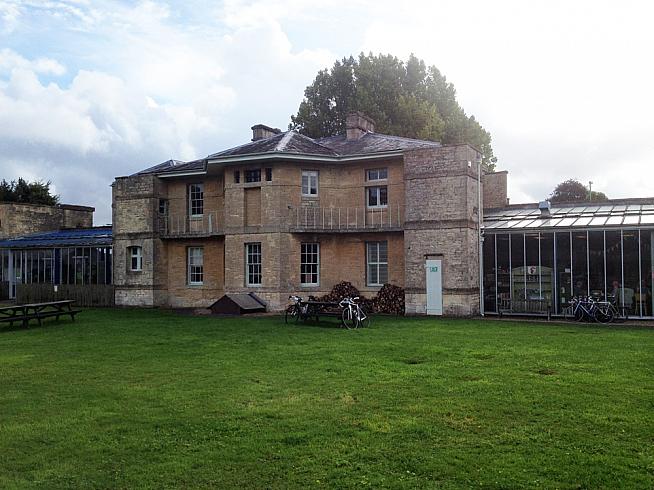 The Old Prison at Northleach. Not to be confused with Westonbirt School.

The route had headed north and the feed station was at the Cotswold Discovery Centre and Old Prison in Northleach. In addition to the snacks provided hot drinks and food could be also be bought at the Discovery Centre café. It was certainly one of the more unusual feed stops I've been to, bringing new meaning to the expression 'convicts of the road'.

I set off on the second part of the ride on my own. This was where the bulk of the 1,850 metres of ascending took place around the Chedworth area. There were several challenging climbs around an average of 6% and the profile had a crocodile tooth look to it for a few miles which meant a sustained effort was required.

The route did eventually flatten out before arriving back at Westonbirt. Having reached base, the hardest part of the ride was motivating myself to go out again for the final 30 miles. There was another feed station at the school that was reserved for riders doing the century route rather than those who had finished shorter distances. This included flapjacks that had been made by the pupils at the school. I tucked in and then got back in the saddle for the final section.

The final leg was relatively flat although there was 300 metres of climbing. The ride went through some picturesque villages including Grittleton and Badminton. Funny to think that, but for a fluke of geography, we could today be enjoying the Olympic racquet sport of 'Grittleton'. 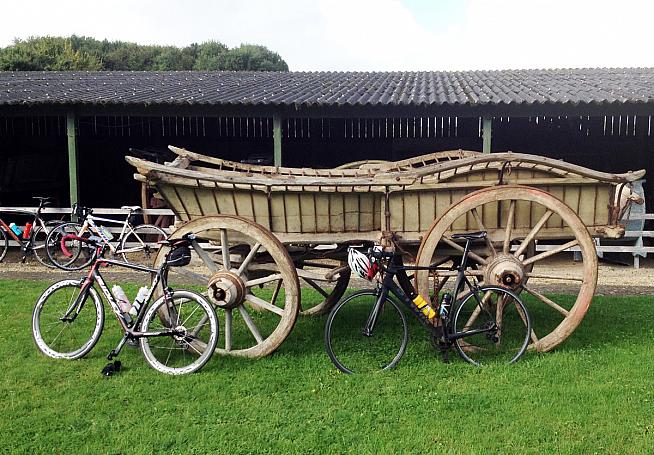 There was another feed station just before the halfway point at the Salutation Inn near Castle Combe. This helped to break down the last section into smaller chunks and I eventually arrived back at the school again in just under eight hours.

All the finishers had their photograph taken which was then incorporated into a certificate. Then it was time to reap the rewards. The thought of the shepherd's pie at the end, which the organisers had been teasing me with on twitter in the run-up, was a strong motivational factor to keep me going. Everyone had the opportunity to sign up in advance for this hot meal or a vegetarian lasagne for £7. This wasn't your normal school dinner and it was good value with substantial portions and very welcome post-ride.

The first ride had attracted about 250 entrants and this time around it was well into the 300s. Next year Jole Rider are aiming for at least 500. They deserve to achieve it, not just because they are sending bikes to Africa but because this is a great sportive, with friendly and enthusiastic organisers and a well thought out and signed route.