Etape Caledonia 2016: a high speed romp through the Highlands

When I was asked to blog for this event, the Etape Caledonia was an event that I was already aware of: the sportive in Scotland, right? Well, thankfully - having agreed to drive from Plymouth to Scotland to attend - it turned out to be a great spectacle, good fun and incredibly well organised.

The Etape Caledonia is now in its tenth year, and as the website mentions it is the UK's original closed road sportive. It has had a mixed relationship with locals over the years, including an attempted sabotage with tacks. However, on Sunday 8 May I found that the roads were lined with supportive locals holding signs, ringing bells and generally enjoying what must be a highly anticipated event. 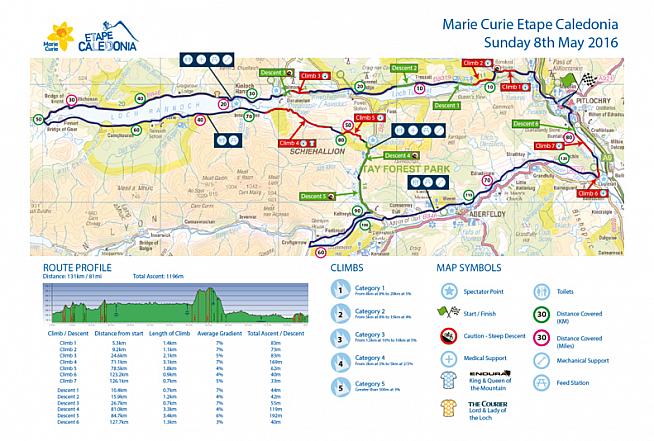 Route map for the 2016 Etape Caledonia.

This year the event was sponsored by Boardman Bikes and this meant that they had a VIP for the start, Chris Boardman. Chris is a big fan of Scotland, spending a lot of time in the country during the year. I was lucky enough to interview Chris over on the Primal Europe Facebook page, and you can hear his thoughts on the new Boardman logo, the Etape Caledonia and the disc brake debate by clicking here. 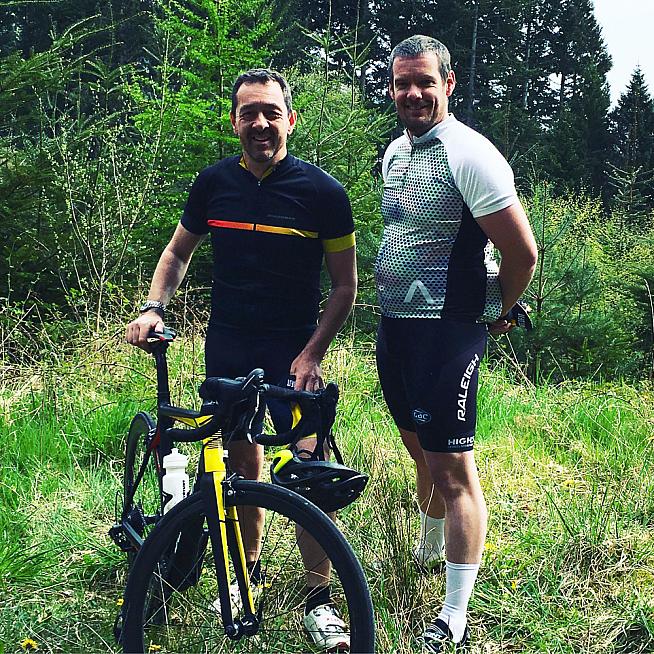 James caught up with Chris Boardman for a chat about all things cycling. Including helmet hair. 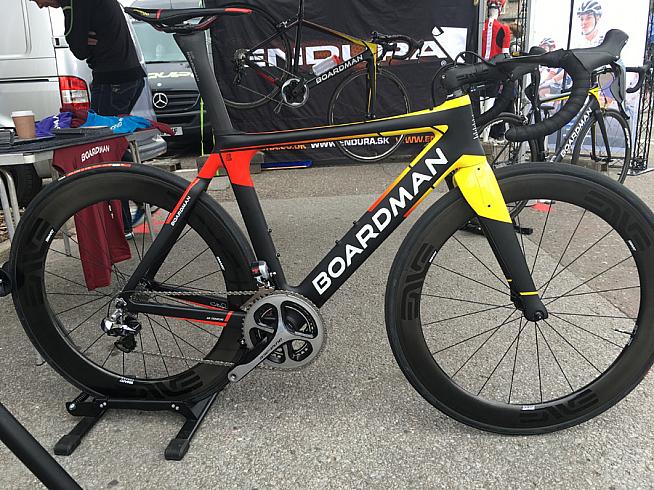 One of the new Boardman bikes on display.

It may be in the Scottish Highlands but the course for the Etape Caledonia is mainly flat, hence the high speeds and fast finishing times that you can see from the majority of finishers. It does however have one major climb, the Schiehallion, and this is a toughie actually: around 5km long with a couple of 12% ramps. It's a real stinger after such a period of riding on the flat. 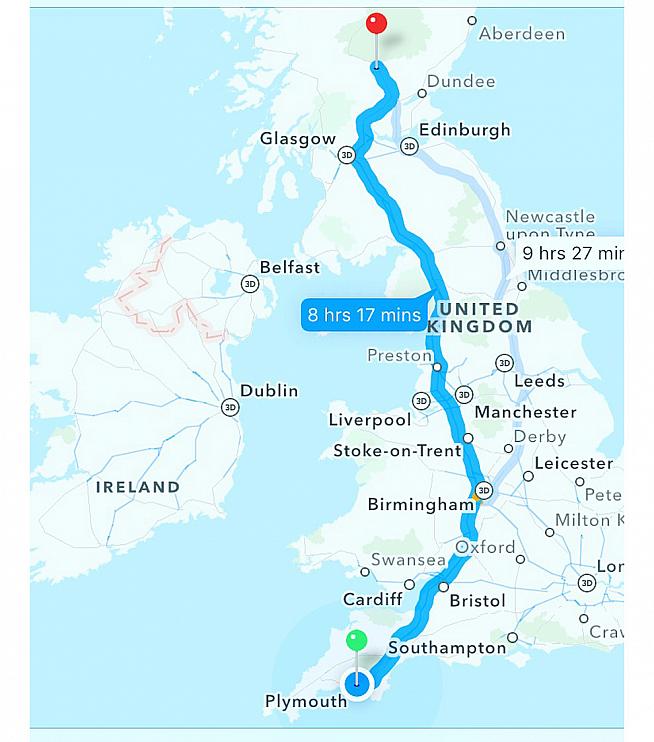 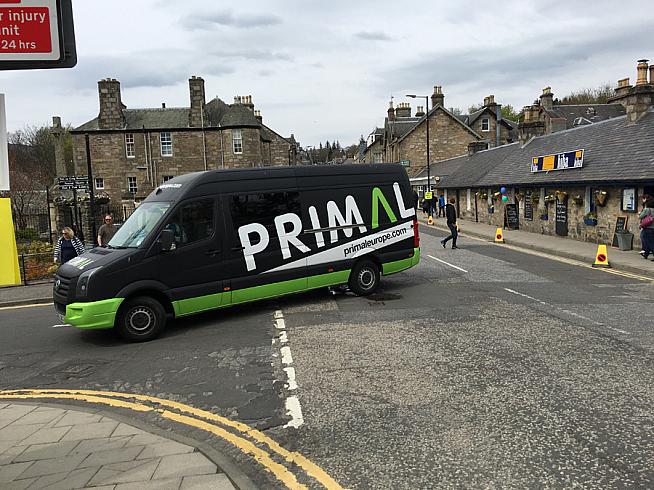 The Primal team bus arrives after a gruelling 12-hour drive from Plymouth.


The Schiehallion climb has a timing mat and prizes are awarded for the riders who claim the fastest time to become King/Queen of the Mountain for a day.

Even if you're not the fastest, you are rewarded at the top with a stunning view across the Scottish Highlands called the Queen's view. When I arrived at the top of the climb the local hills were still covered with snow. 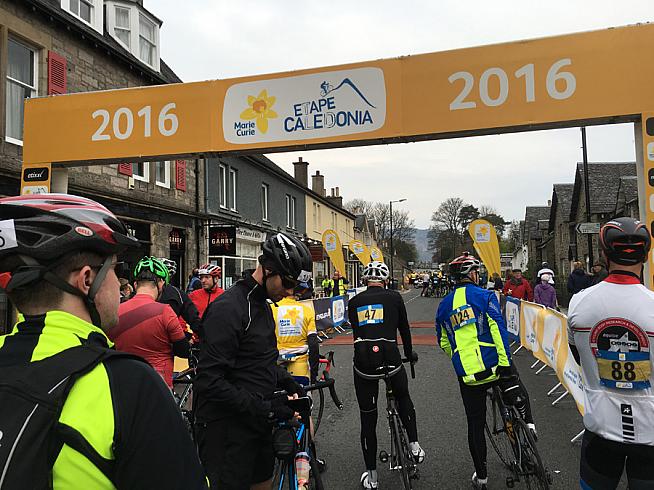 The start line in Pitlochry.

Talking about snow, this brings me onto the weather: we were incredibly lucky with a mainly dry day and temperatures reaching a balmy 15C. Last year's ride was run in freezing temperatures below 0C, so my advice is be totally prepared for sudden weather changes.

I stayed in the start town of Pitlochry, a lovely little town that really embraces the event head on, with local shop windows dressed with bikes, flags and all manner of cycling related paraphernalia. The local eateries were also well prepared, offering all you can eat pasta and night time entertainment in every pub. This place really rocks the Etape Caledonia. You can find a great place to stay by just having a look at booking.com. 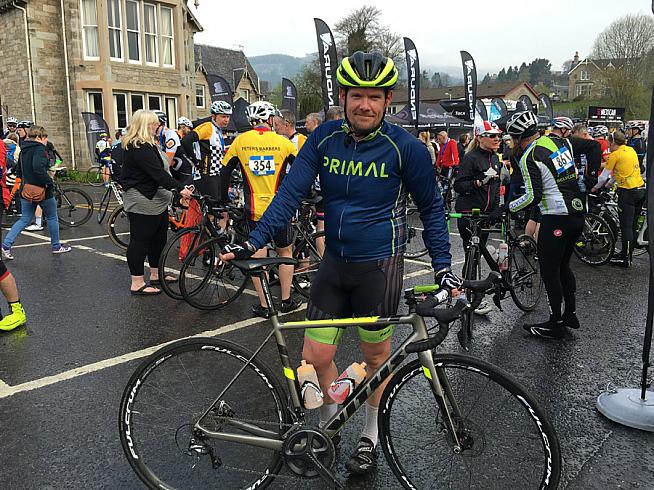 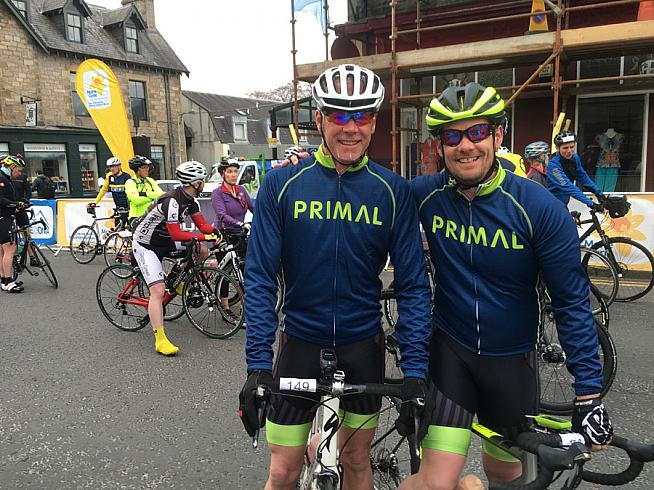 Once you are descending from the Schiehallion climb the rest of the ride is rolling at worst. The closed roads allow you to give yourself and your fellow riders space throughout the course.

After around 60 miles my lack of endurance started to tell. I was however still willing to go to the front and give a pull for the group I was in. This sharing of the workload certainly increased the average speed; we were whipping along at an average of 21mph for the entire 81 mile course. 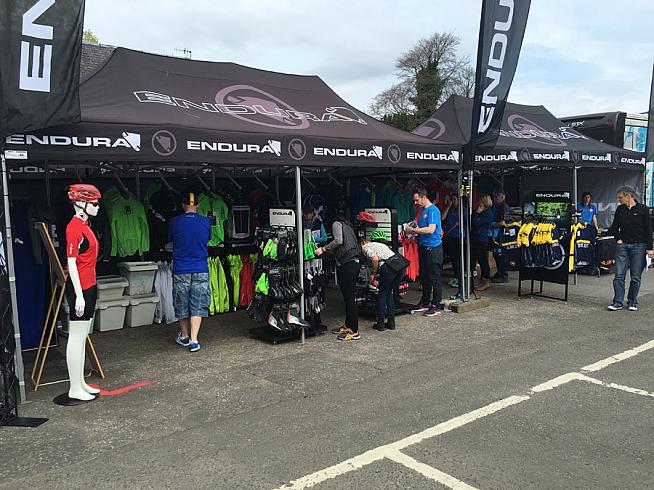 Clothing stalls at the event HQ.

There is one more little stinger towards the end - a sharp left after 70 miles leading to a short, but very steep 500m climb that will catch many riders out, not only with the climb but mistaken gear choice. I didn't see any problems here, but certainly a number of riders mentioned crashes in this section over the years, so beware! 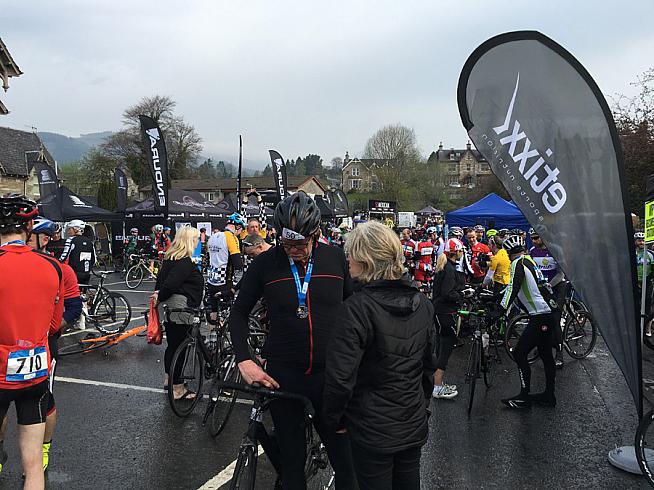 Medals await at the finish line.

Event timing was also interesting, using a neat electronic timing system that sits on your front skewer. I was riding a Vitus Venon which does not have a front dropout, the front wheel being secured with a thru-axle instead. It is a clever safety feature, but meant that I was back to cable ties to affix the timing chip.

All in all the Etape Caledonia is a terrific event, well worth the epic 12 hour road trip from Plymouth and back. With its fast, flat course it may not feature high on the sportive bucket list for climbers, but for everyone else I would certainly recommend the ride.