Entries are now open for the 2022 Paris-Roubaix Challenge, the sportive that lets amateur cyclists tackle the legendary pavé of northern France.

The next edition will take place on Saturday 16 April 2022, just hours before the women's race and the day before the men. 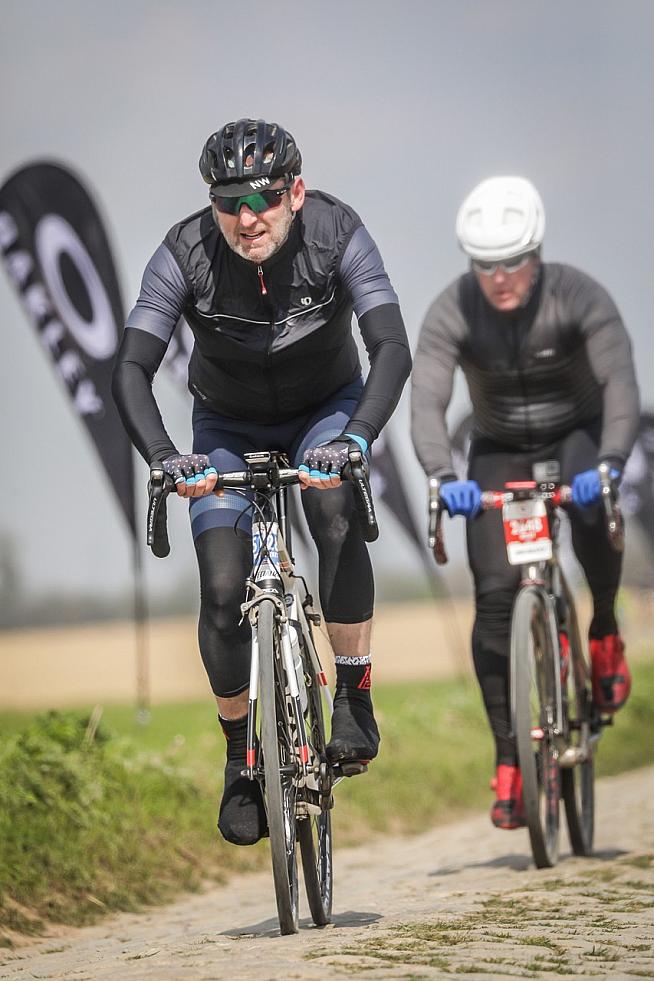 Take on the cobbles at the Paris-Roubaix sportive.

Rated by many as the greatest one-day race in cycling, Paris-Roubaix is also one of the toughest with a well-earned nickname of "Hell of the North". It's the third of the cycling season's five Monuments, usually taking place the week after the Tour of Flanders and a fortnight before Liege-Bastogne-Liege.

Three distances are on offer for sportive cyclists. The two shorter routes start and finish in Roubaix, while the 170km starts in Busigny and finishes with a lap of the iconic velodrome in Roubaix. After the ride, you can even use the same spartan shower facilities as the pros.

A shuttle bus service from Roubaix to Busigny is available for riders on the 170km route as an optional extra at €37, and you'll also have the chance to snap up a souvenir while booking. Choose an event jersey by Santini for €99, or how about your very own cobblestone for just €22?

Whichever route you choose, Paris-Roubaix offers a fantastic opportunity to sample the best of one-day racing at your own pace in the company of thousands of enthusiasts.

Best of all, the next day you can sit back with a beer and recover while watching the pro peloton blitz the same route at double speed!

For more details and to enter, visit www.parisroubaixchallenge.com.

>>> Wondering what to expect? Check out Neil's ride report from the 2019 Paris-Roubaix sportive. >>>