The inaugural British Gravel Championships at the King's Cup Gravel Festival got underway early on Sunday morning in the King's Forest near Bury St Edmunds, Suffolk.

Hundreds of the best racers in the country lined up at the start to battle it out for the British Gravel Champion jersey. New Zealander Ryan Christensen just pipped Olympic triathlon champ Alistair Brownlee on the line for the win, with Brownlee taking the consolation of national gravel champion - a British first.

In the women's race, Ironman veteran Ruth Astle won by a distance to take the women's crown. 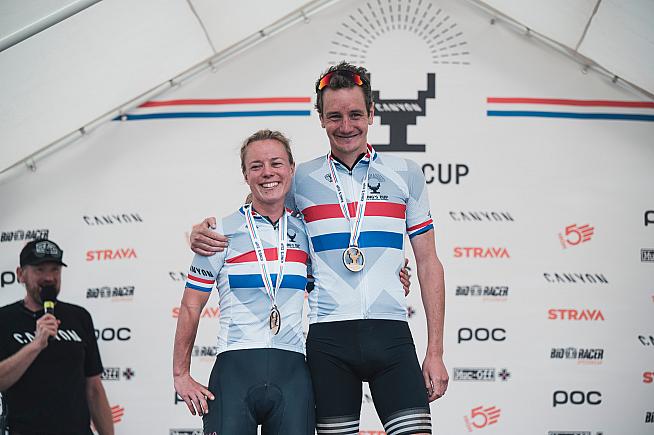 The British Gravel Championships took place as part of the King's Cup Gravel Festival, a new event for 2021 after last year's launch fell prey to the pandemic.

A granfondo and race set in The King's Forest awaited, with a 70km mixture of gravel track, grass, sand and woodland trails - and 400m of climbing - providing riders with a high-paced, action-packed race route. 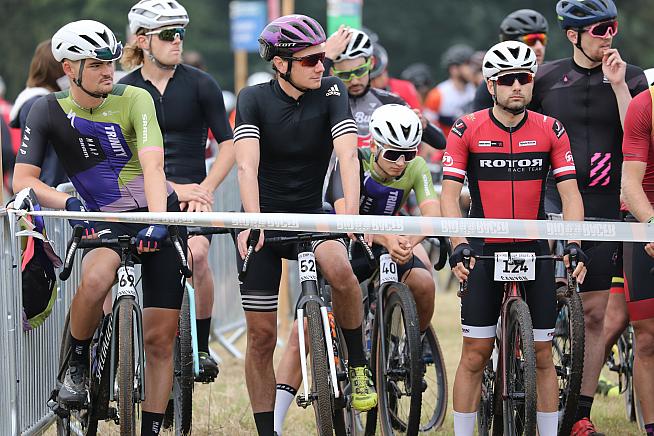 Alistair Brownlee was among a strong field at the British Gravel Championships. Photo: Peter Levenspiel

Spectators were in for a thrilling race, as Christensen, Brownlee and Mason broke away from the leading pack just after the Strava sprint segment on the second of three laps. The trio set a blistering pace as they raced towards the finish.

Mason led the group down the penultimate straight, but Christensen (NZL) attacked into the final corner, taking the inside line and racing home to take the race win.

Mason ran out of space on the outside of the turn and Brownlee snuck through to come home second for the race and first British rider, therefore securing the British Gravel Champion jersey.

No one had a better view of the finish than sportive reporter Peter Levenspiel, who was approaching the final turn on his second lap as the lead group, a lap ahead, attacked the finish line.

Here he is on the right of shot, sporting the latest in cantilever brake technology and riser bars: 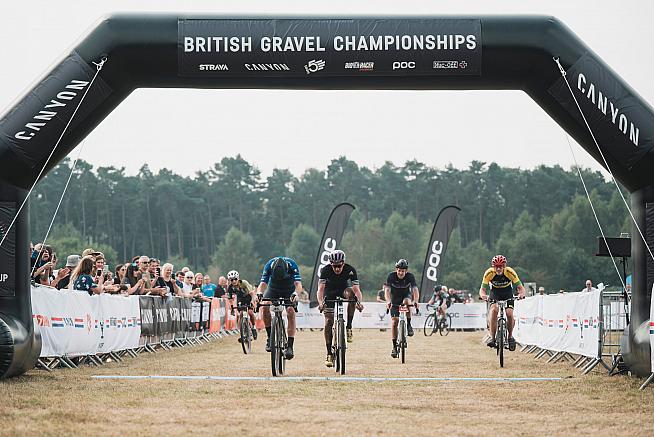 Our man Pete (right) was powerless to stop Christensen's win.

Any suggestion that our proud Aussie Pete veered into Christensen's path in an effort to prevent the Kiwi win is entirely baseless.

Moving swiftly on, and the 19-34 Women's field packed with talent provided another exciting highlight for spectators.

Astle attacked on the Strava Sprint Segment on the first of three laps and then put on a stellar performance to open a commanding lead. India Lee in second and Danielle Shrosbree in third couldn't follow the pace. Astle powered on and opened a near 5-minute gap seeing her become the inaugural British Gravel Champion. 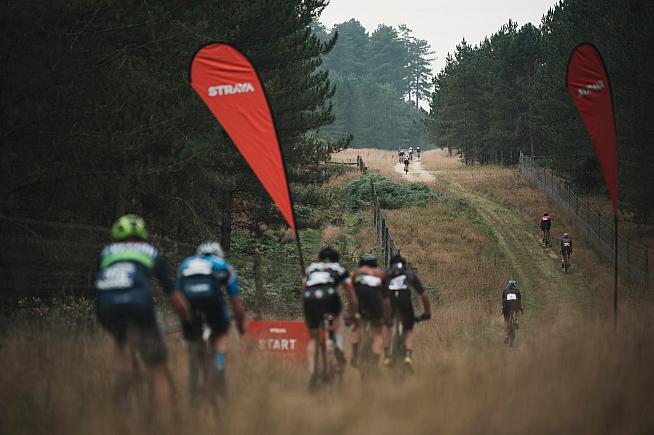 The Strava Sprint segment was the launch pad for winning breaks in the men's and women's races.

"The start lists throughout all of the age categories were stacked with some of the best riders in the country and we're thrilled by their support and positive feedback on the event and race format.

"I extend many congratulations to Ruth and Alistair along with all of the other age category winners and wish them a fantastic year of riding in the British Gravel Champion jersey.

"Our gratitude also goes out to our presenting partner Canyon and headline partners Strava, Bioracer, POC, HIGH5 and Muc-Off along with our many other event partners for their support in making this historic event a reality". 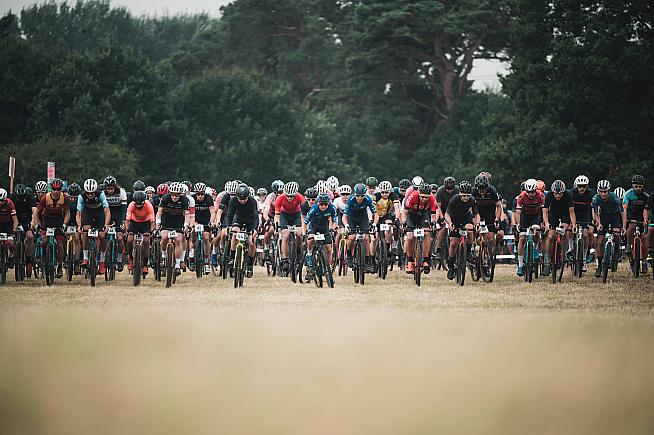 King's Cup race commentator David Reeve said: "Seldom have I worked on an event with such an astonishing array of talent in its first year: world champions, national champions, world cup winners, professional riders and a double Olympic gold medallist gave the crowd thrilling racing across all the age categories.

"When you have athletes of the quality of Alistair Brownlee giving 100% effort to become British Champion, you know you've hit the jackpot. You've concocted the formula of the perfect gravel race. The King's Cup is here to stay."

Stay tuned for a report on the granfondo and race, coming soon from our gritty reporters Alex and Pete.