Back in February we brought you the story of Pippa Erskine, and her plan to celebrate the third anniversary of her double lung transplant by riding between Cambridge and London, visiting the two hospitals central to her care.

The ride was to say thanks to Pippa's donor and to raise both awareness and funds for the two hospitals that saved her life; Royal Papworth Hospital in Cambridge and The Brompton in South Kensington.

Since then, of course, coronavirus arrived and everything has changed. Pippa, 30, of Battersea will still be riding 100km this Easter Sunday, but her original plan has had to be adapted in the face of the COVID-19 crisis.

Pippa is among the 1.5 million people advised to shield by the government, but she was determined to make the ride a reality.

With thanks to the help of the team at RGT Cycling, and after sourcing a turbo trainer from a friend, she will be able to ride the actual route planned, hills and all, on the same bike she has trained on, which was kindly donated for the occasion by Townsend Light Blue Cycles in Cambridge, virtually from the safety of her garden. 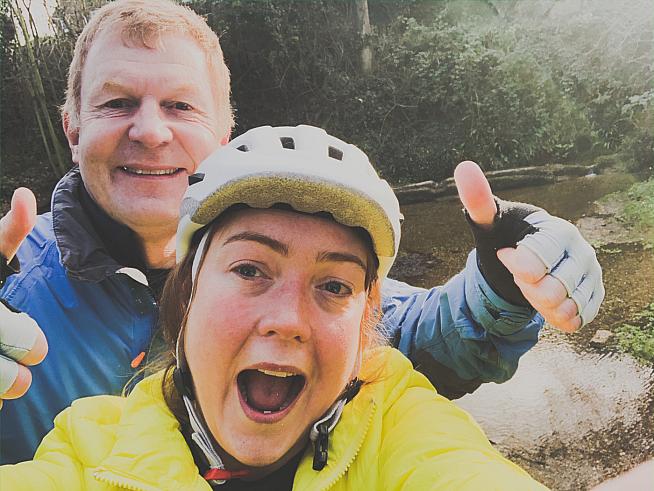 Pippa's ride will go ahead with the aim of raising funds for two hospitals.

While it may not be the social occasion planned, Pippa is inviting anyone with a turbo trainer to join her on the ride virtually via the RGT app.

The hope is that others, both in the UK and maybe even further afield, might be inclined to get involved too and support the cause.

Those who don't have access to a turbo trainer can of course still support by donating via Just Giving or by offering motivation via social media interactions on the day.

Funds raised will be split between two hospital trusts charities: The Royal Brompton and Harefield Hospitals Charity and The Royal Papworth Hospital Charity. The Royal Brompton, in South Kensington, is where Pippa had her treatment prior to her double lung transplant in 2017 and is the hospital who kept her well for the 27 years before this. Then Royal Papworth Hospital, in Cambridge, is where Pippa was lucky enough to have had her transplant on Easter weekend in 2017, continues her treatment now and has recently become a patient Governor in the hope of giving a little back to a hospitals that performed the operation that kept her alive.

In addition to the ride, as an extra way of raising money towards the cause, Pippa has also organised an online charity raffle. The raffle, which is being run on Instagram @nwcielungaversaryraffle, has over 160 prizes which have been kindly donated by businesses big and small across the UK.

Pippa's hope is to raise at least £3000 from both the ride and the raffle: £1000 for every year she has enjoyed thanks to the gift of a second chance thanks to her transplant, but hopes to smash this target.

Sadly, Pippa was recently dealt the blow that her new lungs are now in chronic rejection. Unfortunately a possibility for all solid organ transplants, and more likely in lung transplants, at the moment thankfully Pippa isn't hugely feeling the impact of this diagnosis. But with no cure for chronic rejection, she is now even more determined than ever to make the most of the time that she has, including this challenging ride.

Register to join the virtual ride on 12 April with the RGT app: app.rgtcycling.com/event?code=Qsqfppb9yL

Contribute to the fundraising target: www.justgiving.com/crowdfunding/lungaversaryride