Think Tetbury, and what immediately springs to mind is Prince Charles, antique shops, coach loads of tourists, and the horsey set. What doesn't come into your head is an industrial business park literally on the edge of town.

However, one such aircraft hangar-like construction on that park is The Bike Shed, home to Jole Rider, and the inside belies its unobtrusive outward appearance. About half of the premises is stacked high with hundreds of bicycles of all shapes and sizes, as Jole Rider exists as a charity to send bikes to children in Africa. The rest of The Bike Shed is a cycling clubhouse that would give Rapha a run for its money. 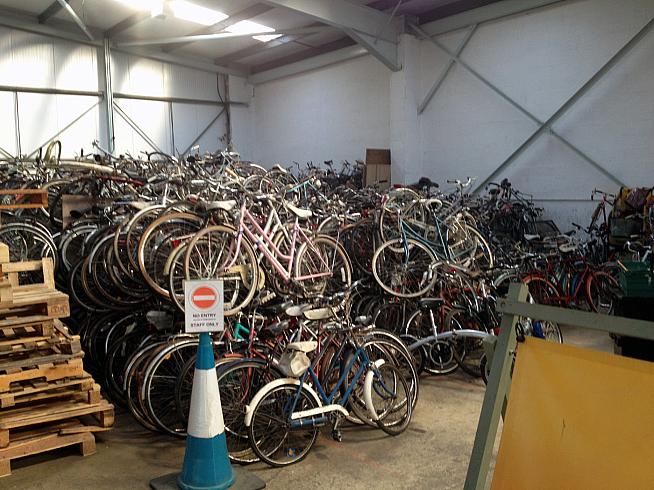 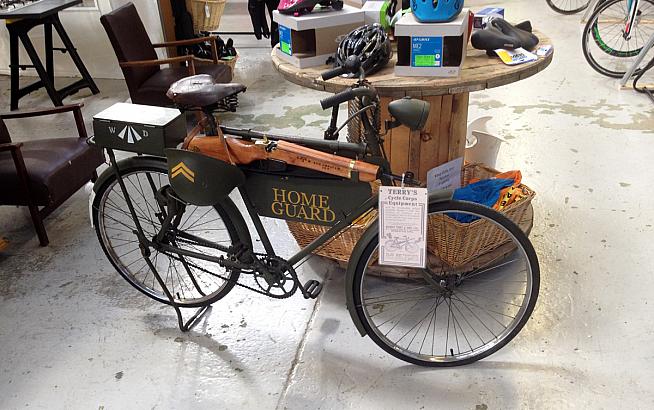 Forgot your bike? Not a problem!

There's a chill out area with books and a TV, refreshments, loads of bike gear (there is a bike jumble sale once a month) and a wide variety of weird and wonderful bikes and related knick-knacks.

It's like an Aladdin's cave, if Aladdin had been a cyclist. 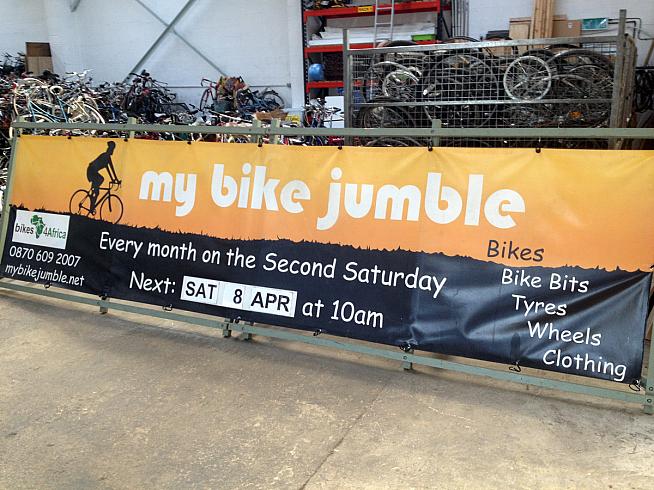 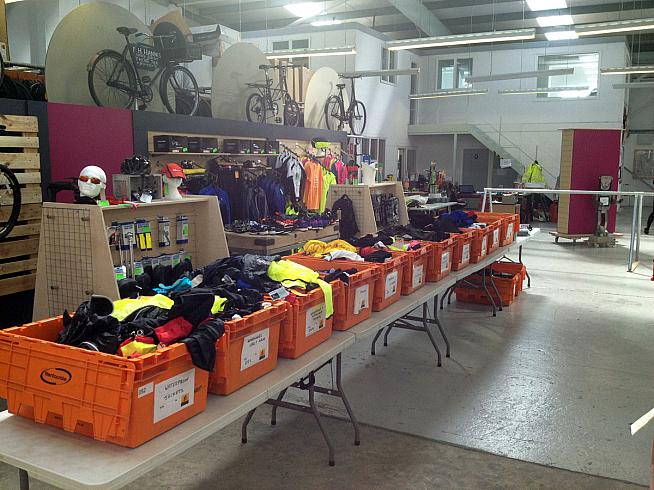 Pick up a bargain from the boxes of cycling jumble at The Bike Shed.

Jole Rider have organised a September sportive for the last two years at the nearby Westonbirt Schoool, but this was their first foray into the Spring market. The date of Sunday 26th March was set some time ago, before the organisers realised that they would be hit by the double whammy of Mothers Day and the clocks going forward. However, for those able to survive on an hour's less sleep and the guilt of leaving mum high and dry, the reward was a well organised and targetted early season sportive.

About 100 riders signed up, including one or two literally the night before. About two thirds were lined up for the 50 mile route, with a hardcore remainder digging in for the full 70 miles. The price was £30 in advance for both routes, rising to £40 on the day. All proceeds went to support the Bikes4Africa programmes in Sierra Leone and Malawi. 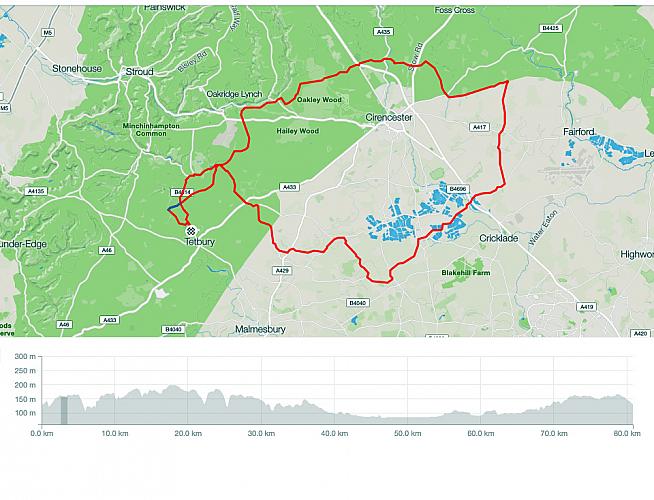 A recent addition to our family in late 2016 meant training opportunities had been scarce for myself, so I stuck with the shorter route. In addition I was booked in for babysitting duties later that day, so I wanted to give myself some recovery time.

A download of the route was available from Friday night, and the event briefing pack had been emailed out earlier that week. It included a registration form that could be completed in advance in order to save time on the day. Registration opened from 7am on Sunday but I made a strategic decision to maximise my sleep and rolled up around 8:30am.

I was directed to what appeared to be one of the last parking spots. I then spent several minutes procrastinating about what to wear. The day was dry and sunny and destined to remain that way. The only changeable factor was the temperature. It was about 6C, but due to rise to 13C by lunchtime. I opted to stay warm early doors, and hoped I would be able to discard enough layers to cool off at the end.

Most riders were already out on the course, but a rag tag group of five of us set off at 9.00am. The briefing was short and to the point. There were examples of the signage as with most sportives, but there was also an unusual addition in the form of a sign that meant, if you saw it out on the course, that you could be certain that you had gone the wrong way and needed to turn back. 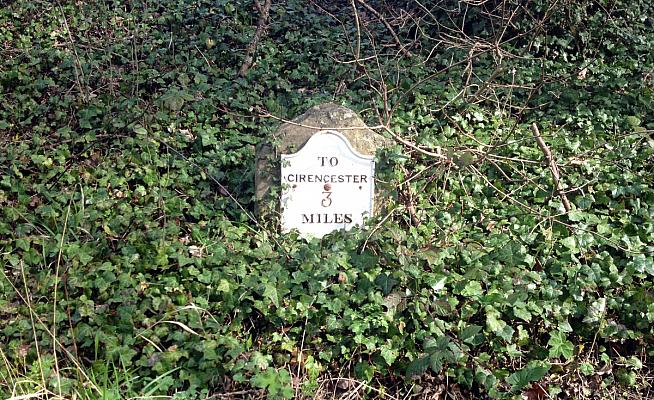 Both routes loop around Cirencester on quiet back roads.

The benefit of being the last building on the edge of town was that the route was straight out into the countryside. Local knowledge was obvious in the course design, as I didn't see a car for the first 40 minutes as we went down a series of back roads and lanes.

The course was generally a circular route to the east of Tetbury, all through the villages that surround the Cirencester area. The ride did cross back on itself on a couple of occasions. One of those crossover points was the only time when I became momentarily confused by the otherwise well placed signs as I looked back and almost followed the course around again. However, overall the signage was really well located.

The 70 mile course split after 10 miles and then rejoined within a couple of miles of the finish. There were two feed stations on the longer route. The first was the Mill Inn at Withington after 27 miles. Both routes shared the second stop at the Crown Inn, Cerney Wick, 21 miles from the finish. The food was set up in the car park with a wide variety of savoury, fruit, jelly babies, Soreen (very popular on the day apparently) and flapjacks made by Westonbirt school children. No chance of the event running out of stock either.

There was also a water standpipe to replenish bottles. The addition of energy drink powder would have made it practically perfect, but I always carry my own tabs now just to be sure. The pub toilets were also available for use.

The course profile was spot on for an early season pipe opener. There were 710 metres of climbing with no monsters. It didn't feel pan flat and there was the odd slope just to keep you honest. Most of the uphill sections were front loaded on the course. My Strava breakdown indicated a maximum gradient of 12% but I can't recall anything that testing. However, with little training I knew I had been on a ride by the end. 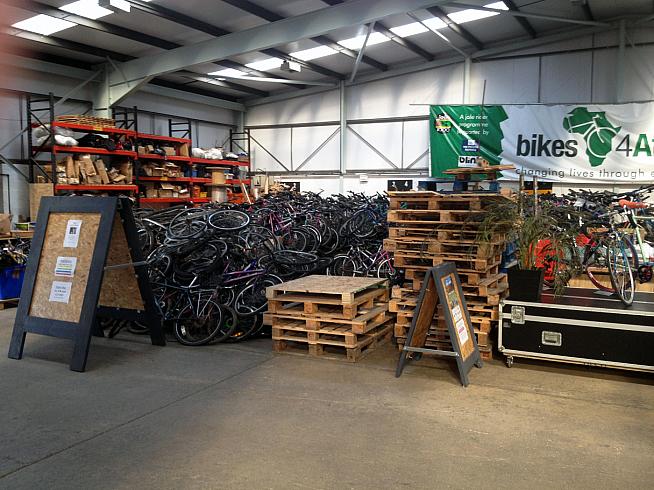 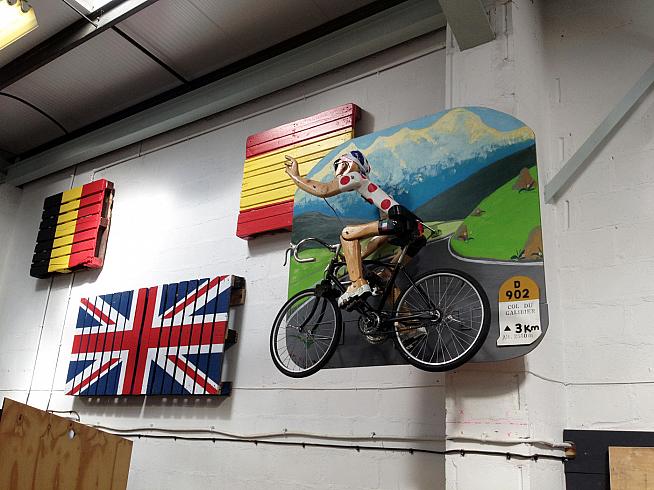 Back at The Bike Shed there's a chance to check out cycling-themed curios.

At the finish everyone had their individual photo taken and this was later emailed through with a certificate. There was a hot pie or pasty, baked beans and a hot drink all included in the entry fee. Everyone who signed on at the food stations was also entered into a prize draw for a holiday to Mallorca.

Overall, the professional and friendly organisers have once again got the Cotswold Sportive pretty well nailed. The Joly Rider Autumn Sportive will return to the Westonbirt School on 24th September, and I would anticipate that it will build on the growth of the last two years and also the success of this latest venture.