THE 21 is a cycling event giving amateur cyclists and corporate businesses the opportunity to take part in the toughest cycling route in the world, the Tour de France. Following the success of the inaugural event in 2019 ONE PRO Sports Events are proud to be operating THE 21 in 2020.

THE 21 will begin on Friday 26 June 2020, just one day ahead of the Tour. The full route is split into 3 day blocks and can be ridden by a combination of corporate groups, individuals, as well as full time riders taking on the entirety of the gruelling challenge.

The event provides a fantastic platform to raise funds for your chosen charity.

Not quite ready for the full Tour? Choose a Block of three stages, and enjoy the Tour de France experience over three days of stunning cycling.

Block One: Stages 1-3 The Grand Depart

The ‘Grand Depart’ is a captivating moment in any Tour. Huge crowds and a vivacious atmosphere create a carnival of excitement.

Stage one kicks the route off, with 170 kilometres starting and finishing in Nice. Four tough climbs will punctuate the day, before riders return for a fast finishing circuit on the picturesque Promenade des Anglais.

Stage two will bring pyrotechnics. On just the second day of the Tour, riders are faced with the high summits of the Alpes Maritimes; including the Col de la Colmaine and Col de Turini. The combined mountain passes add a total elevation of 4000 metres — the highest altitude gain ever seen on a stage this early in the Tour.

Stage three sees a return to a more traditional route profile for the introductory stages; with a flat and long run of 198 kilometres to finish in the resort of Sisteron in the Alpes-de-Haute-Provence.

The fourth to sixth days of racing are a mix of mountains and flatlands — there is something for every kind of finisher; from a summit podium, to a valley sprint, and a hair-raising undulating run for the line.

Stage four will be a brief foray into the Hautes Alps, with 157 kilometres taking riders from Sisteron to a summit finish at the ski resort of Ocières-Merlette. The climb to the 1875 metre altitude finish is just 11 kilometres long, but will be a sure test for the legs and riders' ambitions.

Stage five is one for the sprinters. At 183 kilometres long, it is a descent out of the Alpes into the beautiful Ardèche — to finish in Privas, the capital of the region. The finish is at the end of a long false-flat, so expect an exciting battle for the line in the pro race.

Stage six is an undulating test. Beginning on the banks of the River Rhône, the route heads over multiple punchy climbs, before reaching the Col de la Lusette — an 11.7 kilometre ascent, with an average gradient of 7.3 percent. This climb will be decisive, as from its summit there is a tantalising six kilometre descent before the final eight kilometres to the finish on Mont Aigoual.

Block 3: Stages 7-9 Garonne and The Pyrenees

From the windy hills of Garonne on the seventh stage, riders will head deep into the Pyrenees mountains. This section of the Tour de France route will be a battle for survival.

Stage seven will be a test for tactics. The windy and undulating hills of Garonne lend themselves well to the possibility of a successful breakaway. All riders will have to be on the edge of their saddle to pre-empt and counter the attacks and challenges.

Stage eight takes riders into the Haute Pyrenees. The iconic climbs of the Col de Menté and Port de Balès will start the show, before the fireworks really begin on the fabulous Col de Peyresourde. It is a daring downhill run to the finish in Loudenvielle — one that is sure to have adrenaline levels reaching new heights.

Stage nine is another day for the climbers; with a plethora of Pyrenean passes. The Col de la Hourcère, the Col de Soudet and the super steep Col de Marie Blanque. A twelve kilometre descent takes riders flying down into the valley after the Marie Blanque, before a rising road of eight kilometres to the finish in Laruns.

The flatter stages of Western France on the tenth to twelfth stages of the Tour will be long and fast, but certainly not mundane.

Stage ten sees riders battling it out on the windy Atlantic coastline. Starting from the picturesque island of Oléron, the route heads onto the mainland via the magnificent 2.8 kilometre bridge, and then briefly south to Royan. From here it is northwards through the marshlands of the western coast; likely bat- tling the wind all the way to the iconic Île de Ré at La Rochelle.

Stage eleven is a more sedate and straightforward affair. A flatland traverse from Châtelaillon-Plage to Poitiers, the 167 kilometre route will be one that sees fast times and a sprint finish.

Stage twelve is the longest stage of the 2020 Tour de France at 218 kilometres, and an undulating hilly test for the legs. Rolling hills lead to the longer climbs of the Massif Central — a highland region in the heart of Southern France. The day finishes in the town of Sarran, high up in the hills.

This series of stages takes riders through the Massif Central onwards to the east, and the start of the Alps.

Stage thirteen brings the first ever TDF finish on the extinct volcano of Puy Mary, in the Massif Central. This summit finish comes after a gruelling stage with 4400 metres of elevation gain, with intermediate climbs including the Col de Ceyssat and the Col de Neronne — the latter a climb with many double-digit gradients. This stage in unrelenting, and will demand constant effort right to the line.

Stage fourteen is another long stage of 197 kilometres, and will undoubtedly offer an action packed course. The terrain is not overly steep or severe en route to Lyon, but it is punctuated by constant climbs, and finishes with the tricky Côte de la Croix-Rousse.

Stage fifteen sees riders head into the next mountain range, with 175 kilo- metres from Lyon to Grand Colombier. The route heads straight from the city to the foot of the mountain, but then proceeds to scale the Grand Colombier three times from various angles. The third ascent is the longest of the three: 18.3 kilometres at 6.9 percent, with sections of 14 percent. The Grand Colombier will make a mark.

The final mountain range of this year's Tour will be an amphitheatre of challenging climbs.

Stage sixteen is the preliminary challenge, with 164 kilometres from La Tour-du-Pin to Villard-de-Lans. Most of the day's climbs are steady and short, with only single figure gradients, but the challenge of the day comes in the form of the 14 kilometre climb to La Montée de Saint-Nizier-du-Moucherotte.

Stage seventeen is where the Alpine challenge really begins. From Grenoble the route heads deep into the peaks and valleys. The Col de La Madeleine is the first challenge en route, before riders take on the inaugural inclusion of the Col de la Loze — this 22.5 kilometre ascent averages seven percent gradient, and the final section of newly built road reaches twenty percent. An incredible summit finale at 2304 metres above sea level.

Stage eighteen is the final showdown for the climbers of the Tour. With over 4000 metres of climbing between Méribel and La Rochle-sur-Forn, this 168 kilometre day will leave nothing in the legs. The Cormet de Roseland was omitted in the 2019 Tour following landslides, but it is reintroduced for this stage, along with intermediate climbs of the Col des Saisies, Les Aravis and the extreme climb to Plateau des Glières — a 6 kilometres torture of 11.2 percent gradient, including two kilometres on a dirt road. The final effort of the day comes with the Col des Fleuries before the downhill run to the finish in La Ro- che-sur-Foron.

The final three stages of the 2020 Tour de France are diverse, and will prove decisive for the race itself.

Stage nineteen is a sprint stage, with 160 kilometres from Bourg-en-Bresse to Champagnole. The flat roads present a chance for riders to gain composure ahead of the finale.

Stage twenty is an individual time trial of just 36 kilometres, however 5.9km of that are up to La Planche-des-Belles-Filles, averaging 8.5%. For the general classification standings this stage will be decisive, but for others it will be one to sit back and watch with excitement.

The final stage of the Tour is the classique ride into Paris. From Mantes-La-Jolie the route weaves its way towards the capital, before finishing with the triumphant and exciting laps of the Champs-Élysées.

This will be a Tour to remember. 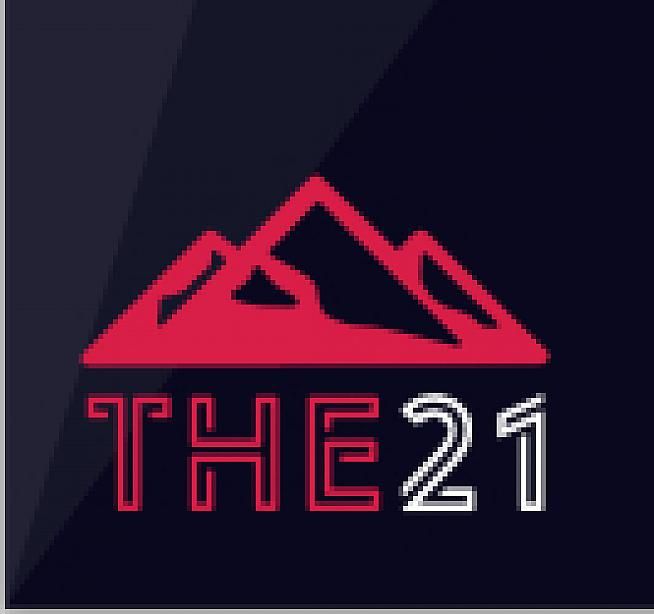