Global triathlon series Ironman has announced that Swansea, Wales is to host brand-new event in its 2022 race calendar.

The inaugural Ironman 70.3 Swansea triathlon will take place on Sunday, August 7, 2022 with general registration opening on 16 November 2021 at 2pm GMT. 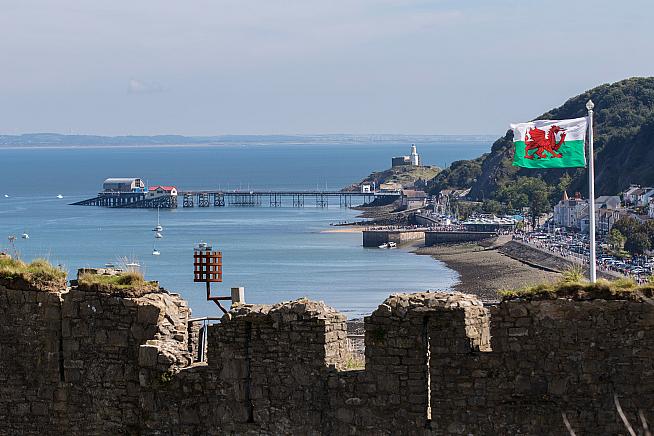 Swansea will join Tenby as one of two Welsh hosts of an Ironman event in 2022.

South Wales already boasts a strong reputation for sporting events, with the popular Dragon Ride sportive attracting thousands of cyclists to tackle one of the UK's toughest rides over the years.

The region is also host to Ironman Wales, which has been running (and cycling and swimming) in Tenby since 2011.

Ironman say of the new event that athletes and spectators of the new triathlon can expect "a fantastic route in a race destination offering scenic beauty with the historic dockside, Gower Peninsula and the rolling green hills, pastures and rich agriculture of rural Swansea."

The Ironman Swansea course will feature a 1.2-mile (1.9km) swim at the Prince of Wales Dock before athletes take to their bikes for 56-mile (90km) loop of the Mumbles along roads that hug the Gower's coastal clifftops, out through rural Swansea and back along Swansea Bay into the city.

After a transition in the Maritime Quarter beside the Rive Tawe, athletes will take on a 13.1-mile (21.1km) two loop run course which takes them from the city centre, out past the new eye-catching gold-coloured Swansea Arena, towards Mumbles before heading back towards the finish line at the Marina.

"We are really excited about the addition of an Ironman 70.3 race in Swansea as our athletes have been eagerly anticipating the establishment of such an event in Wales for some time," says Declan Byrne, Regional Director of the UK and Ireland for The Ironman Group.

"Swansea was an obvious choice with its outstanding natural beauty and a thriving tourist destination, catering to both internationals and locals alike.

"Our hope is that Ironman 70.3 Swansea has the same positive impact on the region as Ironman Wales has had on Pembrokeshire."

The success of Ironman Wales is significant as the event has been a huge catalyst for the growth of triathlon in the region.

Over the past ten years the event has led to a significant growth in fitness and tourism in Pembrokeshire, including a major increase in triathlon clubs, say Ironman.

The Welsh government noted this impact and worked with Swansea Council and The Ironman Group to bring the Ironman 70.3 event to Swansea.

Deputy Minister for Arts and Sport, Dawn Bowden, said, "I'm delighted that the Welsh Government has been able to support Ironman 70.3 and that Swansea has been announced as one of the new events in Europe.

"Wales has a long relationship with Ironman, with the success of Ironman Wales being a catalyst for the growth of the sport in the area. This event will further raise Wales' profile as an events host and provide an economic boost to the region.

"I am also pleased with the collaborative work that is taking place with British Triathlon and Disability Sport Wales and in relation to other events that are happening at the same time in Swansea."

The Ironman 70.3 Swansea event on Sunday 7 August will form part of a series of events to celebrate para sport in the UK.

Further details on the World Triathlon Para Series event is available from the British Triathlon Federation and on the Para Sport Festival from Disability Sport Wales.

Swansea Council leader Rob Stewart said, "Competitors, friends and supporters will be assured of a warm welcome in Swansea. It will be the perfect match of a sport that's booming and a city that's going places thanks to its people, culture, location and its £1bn city centre regeneration."