One in four Europeans own or consider buying an e-bike

A new survey of over 13,000 Europeans has shown that one in four Europeans either already uses an e-bike or is likely to buy or use one this year, compared to last year.

However, here in the UK, the number drops to 7%, showing how far the UK still has to go compared to the likes of Italy, the Netherlands and Switzerland - although there are promising signs in the UK amongst young adults.

The survey, carried out by YouGov on behalf of Shimano, also made the surprising discovery that 11% of the potential e-bike users say they currently never use a normal bike. 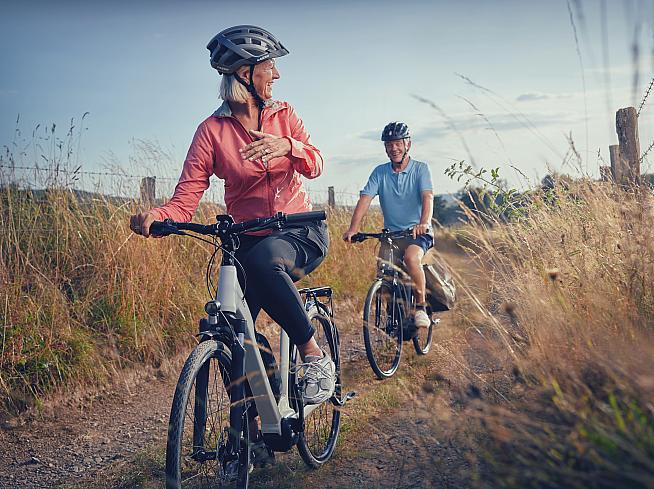 Trend's electric: one in four Europeans are up for riding an e-bike.

The e-bike revolution has built momentum over the past few years, and what was once a rare sight on the roads and cycleways of Europe is now becoming increasingly common as attitudes and awareness shift. As 2020 has shown, as Europeans adapt to huge changes in our daily lives to cope with the COVID-19 pandemic, e-bikes can play a big part in our futures.

The Shimano STEPS E-bike Index 2020 aims to compare attitudes towards e-bikes across major European countries and explore what is stopping widespread adoption, along with why people are turning towards e-bikes for commuting, leisure and transportation.

For example, the UK has the smallest amount of people saying they will try an e-bike at just 7%, whilst almost one in three (30%) in Italy said they would buy or use an e-bike this year. In some countries like Denmark, Switzerland and the UK, there are promising signs amongst the younger generation as 18-24-year-olds have said they are more likely to use one than any other age groups.

However, for all age groups, despite many wanting to use a bike to improve their physical health, there remains a lingering perception among a minority that fitness wouldn't improve by riding an e-bike, with 19% stating that might put them off.

On the contrary, a recent study by the International Journal of Behavioral Nutrition and Physical Activity showed "evidence that e-cycling can improve cardiorespiratory fitness. E-cycling can contribute to meeting physical activity recommendations and increasing physical fitness. As such, e-bikes offer a potential alternative to conventional cycling." 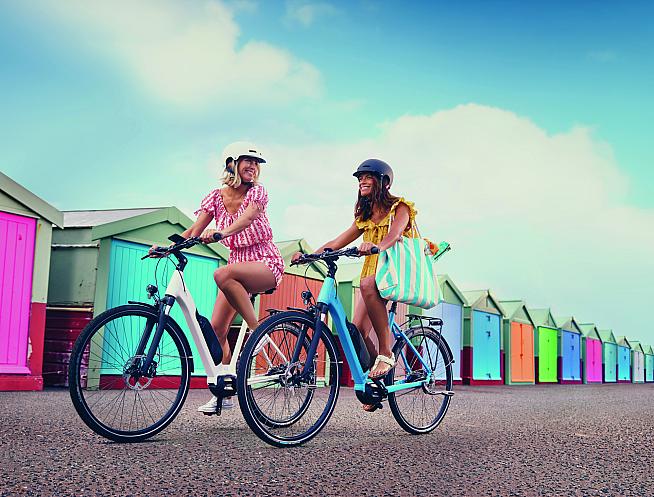 Thankfully, the survey suggests that most people recognise the benefits of active travel - and this may be one of the main factors driing uptake of e-bikes.

The benefits affecting the physical activity and health of individuals is almost universally recognised, found the study.

The majority (31%) of those who were likely to use or already owned one say they would mainly use an e-bike for leisure or family activities, hinting that an e-bike's appeal isn't just limited to commuting (although over a quarter - 28% - would commute on their e-bike).

A third (32%) have said they would buy or use an e-bike this year to conquer longer distances or steeper climbs, and many would use one to improve their physical (30%) and mental (22%) health.

In some countries, the reasons for using an e-bike differ quite dramatically. In the Netherlands - where a whopping 78% of the population ride a bike at least once a month - the main reason (39%) given by those wanting to ride an e-bike this year was that they would do because it looks like less effort. And with most e-bikes providing up to 25km/h of pedal-assisted motion who can blame them!

Enironmental concerns also play a part, with one in five (18%) adults in the countries surveyed say they are likely to start using an e-bike because they are concerned about the environmental impact of their travel. With young adults (18-24), this rises to over a quarter (26%).

"From adventurous mountain bikers to urban commuters, there is now an e-bike for everyone", says Jeroen Van Vulpen, Brand Manager from Shimano. "We see that e-bikes will continue to become a desirable option for people who want to get outdoors and ride for fun, for fitness or for an affordable and more environmentally-conscious commute.

"Making that leap from a regular bicycle, or from other private or public transport methods towards an e-bike is a decision that can be affected by many different factors. Not least the way in which we can now travel across towns and cities throughout Europe. From buses to trains and ferries, public transport has been affected and personal space is in high demand, bringing increasing interest to the e-bike market.

"This report goes some way to shedding light on those factors. It will undoubtedly contribute to our own learning and we sincerely hope everyone interested in e-bikes can learn from it too." 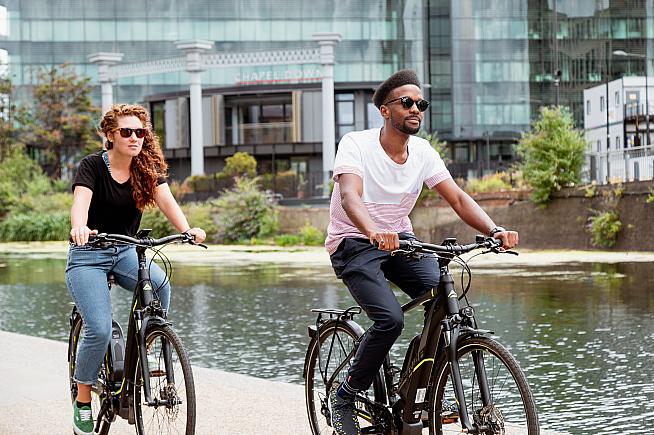 As the world slowly emerges from the coronavirus crisis, the positive aspects of increasing physical activity and mental health mean that e-bikes will become an increasingly common sight on our streets.

For cyclists curious to explore e-bikes, Shimano STEPS has developed a brand selector that guides new e-bike riders to their dream bike.

The tool includes a list of leading e-bike brands to help people to find the right bike for them as we look to find sustainable and active ways of travelling.