British Cycling has extended its ban on sanctioned sportives until 1 August, it announced yesterday.

The UK's national cycling body had previously suspended affiliated sportives until 30 June in response to the coronavirus outbreak. Yesterday's update sees the rolling ban extended for another month. 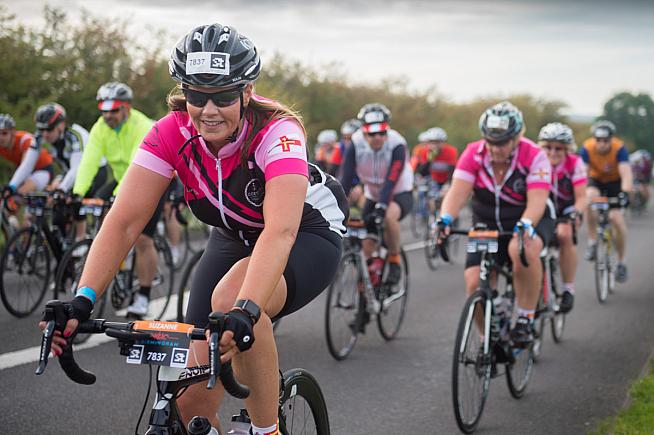 British Cycling has extended its suspension of sportives until the beginning of August.

While the extension to the ban comes as a blow to event organisers and participants hoping to get back in the saddle for a summer sportive, British Cycling say they will keep their position under fortnightly review:

"We have ... taken the decision to extend the suspension to the 1 August 2020 for Sportives and other non-competitive events,"  said the statement.

"As with regional racing, we will review this on a fortnightly basis and we will give four weeks' notice of any extension or curtailment of the extension."

There is better news for club and group cycling including coaching, instructing and leading group rides, with the suspension applying only until 1 July at present.

"It is likely that these activities can be reintroduced at shorter notice, with a greater degree of flexibility, with appropriate guidance and measures to manage risk ensuring compliance with Government guidelines and emerging industry best practice," say British Cycling.

"As such we will be extending the current suspension until 4 July 2020 to be consistent with the stages announced by Government. We will review this on a fortnightly basis and we will give two weeks' notice of any changes."

Refunds for sportive entrants - but some rides may go ahead

It's worth noting that by no means all UK sportives are sanctioned by British Cycling; some independent event organisers may decide to go ahead with their planned cycling events depending on government advice at the time.

However, British Cycling warns organisers of sanctioned sportives that their insurance will be invalidated if they go ahead with their event during the suspension.

Some sportive organisers have already cancelled their 2020 events - RideLondon and the Evans Cycles' Ride It series are two notable casualties.

Plenty of rides have however been rescheduled to later in the year. Check out our sportive calendar for the latest news and dates near you.