The project has seen bike rental stations installed at three of the city's high schools, Bannockburn, Stirling, and Wallace, with a fourth station to follow at St Modan's High School. Each school's bikes have their own identity, thanks to the artistic talents of pupils. 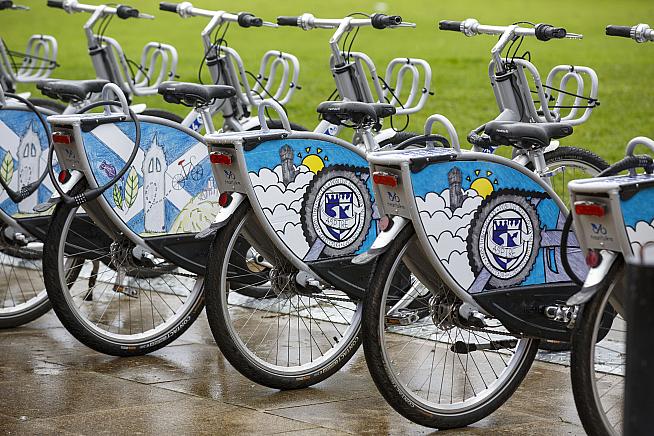 Three high schools in Stirling are the first in the UK to run a free bike share scheme for pupils.

The scheme has been carried out by charity Forth Environment Link (FEL), working with bike share operator nextbike. By offering teenagers easy access to free public bike share, FEL hopes to instil active travel habits that will last a lifetime.

Shirley Paterson, FEL's Active Travel Development Manager, said: "There is a distinct drop off in cycling numbers between primary and secondary school. So, we're targeting pupils aged 14 and over to get them back on their bikes before they head off to the world of work or further study.

"By incorporating cycling into their daily lives now, they're much more likely to become active adults. Road safety is of course paramount, so we're giving every pupil who signs up to the scheme half a day's cycle training and a voucher for a bike helmet."

The charity's Active Travel Hub has had a fantastic response to the scheme, with 23 pupils already signed up ahead of the official launch.

The first cohort includes 18 pupils from Bannockburn High School who will use the scheme to commute between their school and local primary schools to assist with the delivery of PE lessons. 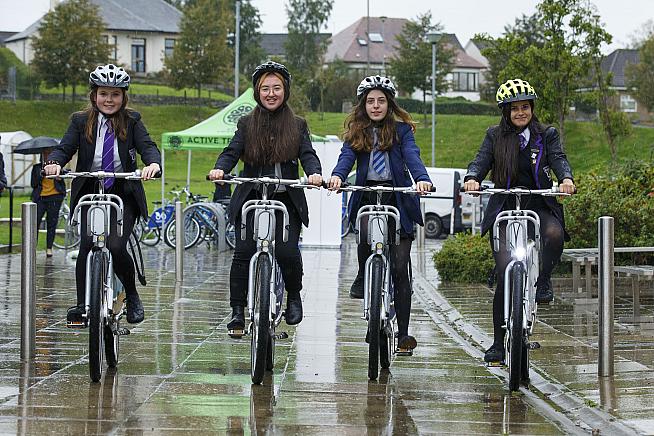 The project is run by Forth Environment Link with nextbike and funding from Transport Scotland.

Convener of Stirling Council's Environment and Housing Committee, Cllr Jim Thomson said: "The introduction of the Bike Share Project across our schools is the latest in an exciting series of initiatives in supporting active travel, creating a sustainable Stirling and protecting the environment.

"There are a wide range of health, educational and environmental benefits of cycling to school or for leisure and it's fantastic that there has already been a great response to this innovative scheme by our young people."

Vice Convener of the Committee, Cllr Danny Gibson added: "By leading the way in the UK with this initiative, it shows we are continuing to put our foot to the pedal with our ambition to get more people cycling and walking in our beautiful city.

"This bike sharing project will encourage and enable pupils and staff across Stirling to participate in a safe, enjoyable and affordable form of travel, and I am sure it will prove a great success."

The school bike share stations are an extension to the nextbike scheme which already operates in Stirling. Each school will have 10 bikes, as well as access to the 160 bikes stationed across the city.

Normally, nextbike memberships are only open to those aged 18 and over. Krysia Solheim, nextbike UK managing director, said: "We're thrilled to be launching the UK's first-ever bike share for school pupils in Stirling. We often have requests from existing customers and young people about lowering our customer age limit to include older teens, so we're excited that this has now become a reality.

"We know that if sustainable transport options such as cycling are adopted from an early age, it can help to form habits that last a lifetime and we're hoping that's what will happen in Stirling. The scheme is free for pupils to join for the first 12 months and rides won't cost them a penny if they keep their rental time under an hour."

The initiative was made possible thanks to a £103,560 grant from Transport Scotland.

"As we continue to deliver high quality walking and cycling infrastructure across Scotland, it is also crucial that we create more opportunities to access bikes in order to make cycling an easier choice for everyday journeys, making our towns and cities safer and friendlier.

"I'm pleased that the Scottish Government is funding this bike share scheme in Stirling through our £80 million active travel budget. This scheme directly supports our ambition to build an Active Nation, where more people have opportunities to walk and cycle than ever before, and I look forward to seeing Stirling grow into an even more cycle friendly city."